You are here: Home / Top Stories / Women Traveling Cross-Country By RV Take Trip of a Lifetime
This post may contain affiliate links or mention our own products, please check out our disclosure policy here.

Some people might think that five women traveling cross-country by RV in a 32-foot motorhome is a crazy idea. But not Alma Valdes. The 67-year old Tucson grandmother always yearned to take a extensive RV trip with her kids. Yet, when she finally bought her dream RV, they were too busy to go along for the ride. So, Alma did what many RVing grandparents dream about. She took her four young granddaughters on a trip of a lifetime. 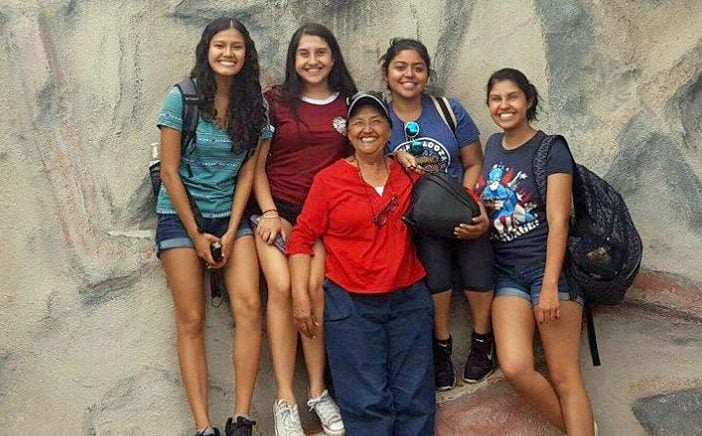 The adventure created a sense of wanderlust and personal discovery that the cousins say will stay with them forever.

Alma’s four granddaughters, Cassandra Ruiz, Samantha Ramirez and Angel and Alexis Valdes lived in different parts of the U.S. but they reunited with their grandmother in Houston for the three-month road trip. They all knew they were in search of America, but little did they realize they would learn more about themselves along the way.

“I know it sounds cheesy. But being 18 and fresh out of high school, I didn’t know what I wanted to do with my life,” says Cassandra. “So, I figured if I traveled around the country, I would see what kind of things would interest me.”

Her cousin Angel,20, was equally enthusiastic about their grandmother’s idea. “It was unconventional and perfect timing for all of us since I could afford to take a break from school. It’s the kind of opportunity you don’t pass up.”

None of the women had RVing experience before embarking on the three-month journey. But between the California Redwoods and Quebec, Canada, they learned more with every new mile. Two RV tire blowouts and a lost sewer hose later they hit 27 U.S. states and six Canadian cities. 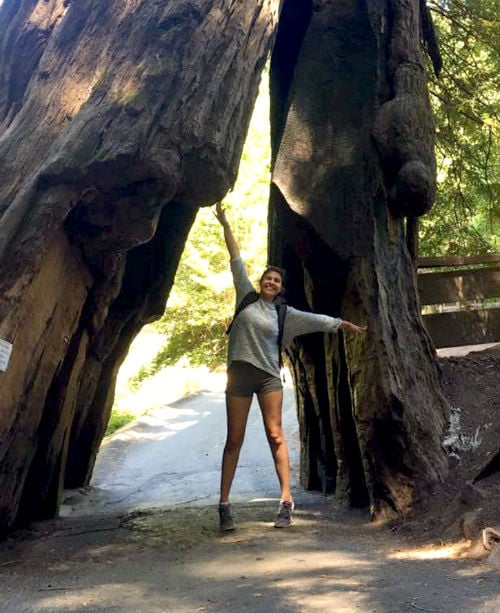 They didn’t have any major technical problems on the road. But the communication issues of five women traveling cross-country by RV were another matter.

“You know being in an 32-foot RV with all girls is very challenging,” says Cassandra. Her cousin Angel agrees. “Maybe being all women made things easier because it made the issue of privacy almost negligible and there was, for the most part, decent restrooms at the RV parks we stayed in,” she says.

Life Lessons on the Road

In the end, their sense of adventure outweighed family politics as they traveled across the country and into Canada. They even picked up their grandmother’s sisters in Chicago, Agueva Alvarado, 82, and Chuy Santa Maria, 80. With seven family members on board, the trip became much more than a vacation. The adventure created a sense of wanderlust and personal discovery that the cousins say will stay with them forever.

Both Cassandra and Angel say they will definitely take another RV trip in the future. “I know we all feel like experts and we still Snapchat each other every time we see an RV,” says Angel.

In the meantime, they know that adulthood may keep them from another trip, at least for a while.

“Even if we wanted to go at it again, I don’t think all of us would be able to, which just makes us realize how important it is to do the things you can, while you can,” she adds.