You are here: Home / Top Stories / Ranger of the Lost Art Revives Historic NPS Posters
This post may contain affiliate links or mention our own products, please check out our disclosure policy here. 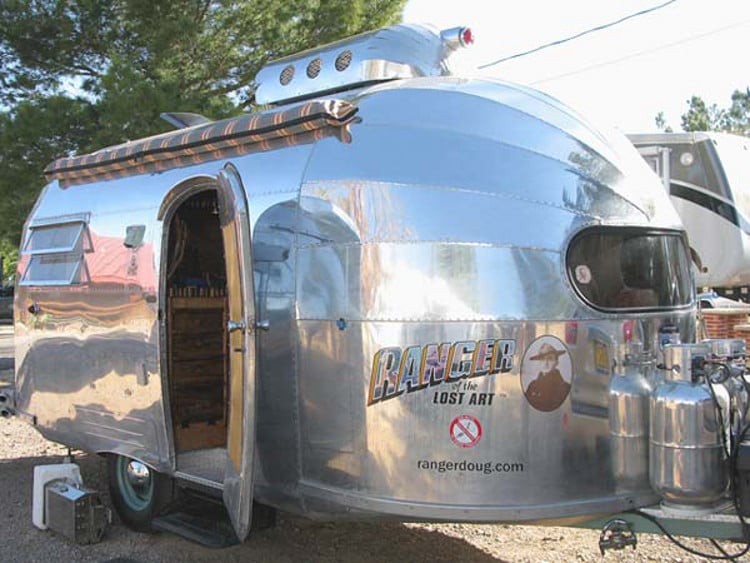 Check into a campground where Ranger Doug’s traveling home is parked and you can’t help but gawk at his adorable 1948 Airstream Trailwind.

Not only does the little silver toaster outshine every other RV in the park, but its eye catching decals proclaiming the arrival of “Ranger Doug: Ranger of the Lost Art!” is the only RV that compels neighbors to stop and wonder: “What lost art?” And when people ask, Ranger Doug is happy to spend the next hour telling them about it. 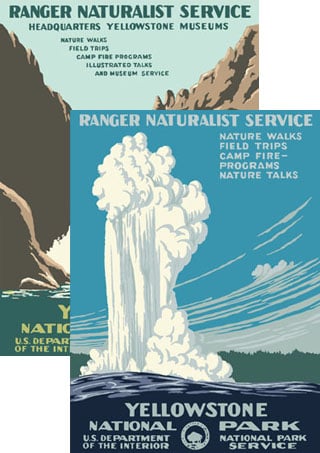 With an ultimate goal of returning the remaining originals to the public domain, “Ranger Doug” is educating eager audiences about the artwork at national park campfire talks and amphitheaters around the country. Since embarking last fall he’s given 29 different talks with about 1200 attendees. 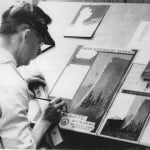 Funded during the Great Depression by President Roosevelt’s Work Projects Administration (WPA), the silk screened posters served as regional advertisements to boost national park tourism and economic activity in surrounding communities. A total of 14 WPA poster designs were created in a small Berkeley, California shop between 1938 and 1941, until funds were reallocated for World War II. 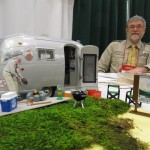 Doug Leen with replica of his Airstream.

The prints were lost to landfills and basements around the U.S. until 1973 when Doug Leen found a discarded copy while working as a seasonal ranger at Grand Teton National Park. Destined for the burn pile, the eye-catching and fragile relic set him on a trajectory that would eventually become his life’s work.

Today he’s on the road with a Department of the Interior exhibit so the public can view many of the NPS originals. “My mission is to recover all 14 prints,” he explained in an email. “I’ve located 12 of the 14 (still missing is Wind Cave and Great Smoky Mountain). Nine are back in the public domain (parks, Library of Congress). I’ll add two more next year for 11.” 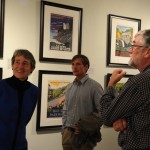 In the meantime Ranger Doug’s biggest hurdle to completing his mission is the private collector’s marketplace. Sadly, the only original poster design for Yosemite was sold to a private collector, where it remains today.

Although the government-funded posters are technically owned by the American people, Ranger Doug says on his Facebook page that he has no recourse for retrieval. “The General Services Administration (GSA), who owns all things public domain, stated that they would not pursue the recovery of any ephemeral WPA art–which includes these two purloined National Park Posters.” 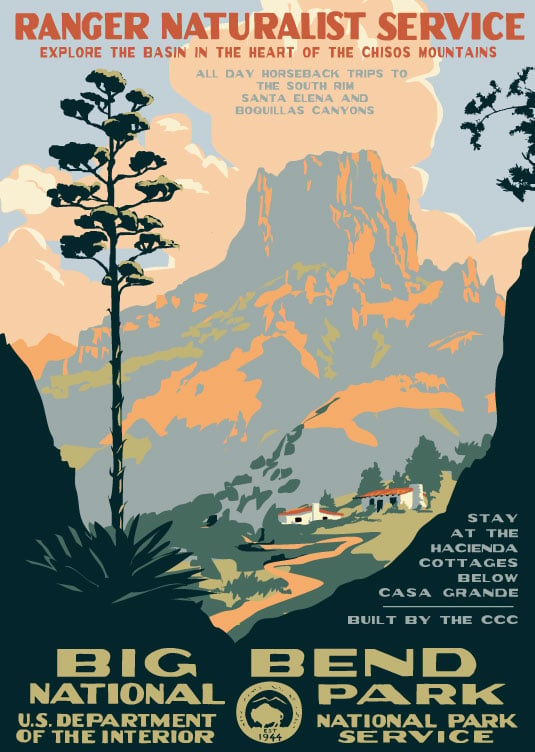 In addition to the private collector marketplace, Ranger Doug is also tackling the challenges of competing in a global marketplace. The average buyer who encounters similar posters in national park souvenir shops is aware that Ranger Doug’s reasonably-priced USA-made silk screened posters are produced in limited runs. Silkscreened art is superior in quality and value when compared to bargain-priced lookalikes printed with digital technology.

As he travels throughout the country, he always makes it a point to educate audiences about the important differences between the two types of products. 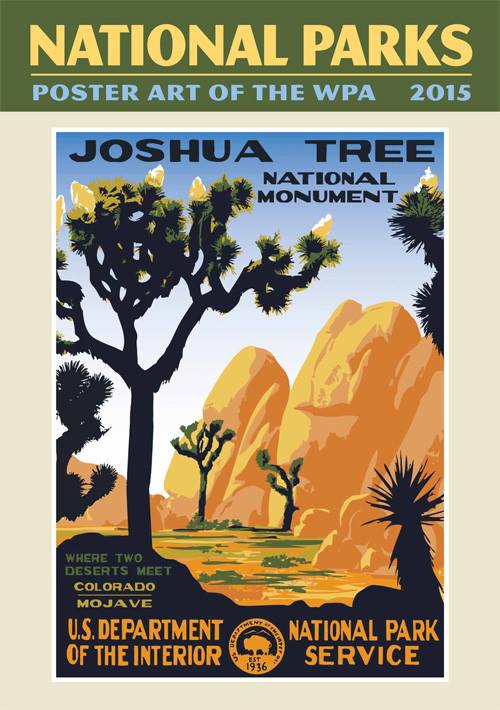 As Ranger Doug continues advocating for his mission, major media venues like CNN, Time and the Saturday Evening Post are catching on. In the meantime, you’ll find him traveling throughout the U.S. in his little Airstream, giving campfire talks and working with the NPS to reprint original poster designs while producing new ones in a design style similar to the WPA poster project. 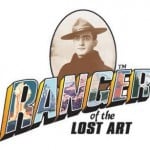 Sold online at RangerDoug.com and in many NPS gift shops around the U.S., the artwork is painstakingly produced by a select group of American artists who share Ranger Doug’s passion for the cause.