You are here: Home / Blog / Young RVers Back on Escapees Club Radar
This post may contain affiliate links or mention our own products, please check out our disclosure policy here.

It’s a new day for younger full-time RVers; the Escapees RV club just announced a major shift in the organization’s approach toward serving the needs of non-retired full-timers. The club is going back to its roots and reaching out in a big way to full-time RVers who work on the road — and for whom retirement is miles away.

Last month at the group’s major yearly rally in Tucson, Escapees unveiled “Xscapers,” a segment of the club that directly assists working full-timers by providing resources and logistical support for people who live and work on the road. The brand new website serves as a gateway for full-timing members who aren’t done with their working days.

“Xscapers is a support network geared toward a new generation of RVers who have not yet retired and who have already, or are aspiring to, hit the road pursuing a full-time or part-time nomadic lifestyle.”  — Xscapers Mission Statement

“The Escapees board reviews its statistics year after year, and every year the outcome is the same: 85 percent of Escapees members are retired and over the age of 65,” said President Cathy Carr in a broadcast press release. “While we knew we were not supporting everyone, we didn’t realize there was such a large community of RVers flying under our radar.”

The Xscapers concept is new but not entirely foreign to the Escapees organization; when founders Joe and Kay Peterson created Escapees in 1978, they were 43 years old and traveling with their two kids. They weren’t unusual either; 40 percent of the original club members were under age 50, the majority was still working at least part-time, and nine of the first 100 member-families were traveling full-time with their kids, according to President Carr.

As decades passed, Escapees grew to encompass a mostly gray-haired membership base that represents most — but not all — full-time Rvers. When I first visited the club’s RV parks I couldn’t help but notice that most campers were well into their golden years. Jim and I were one of the only campers consumed by earning a living and building a nest egg. Little did we knew that we would soon have company with other full-timers like ourselves!

Eight years after we started full-timing, Internet access is as ordinary as telephones. More people than ever are working from home and as a result, full-time RVing has caught on with adults of all ages who want to enjoy the freedom to live and work from their RV. 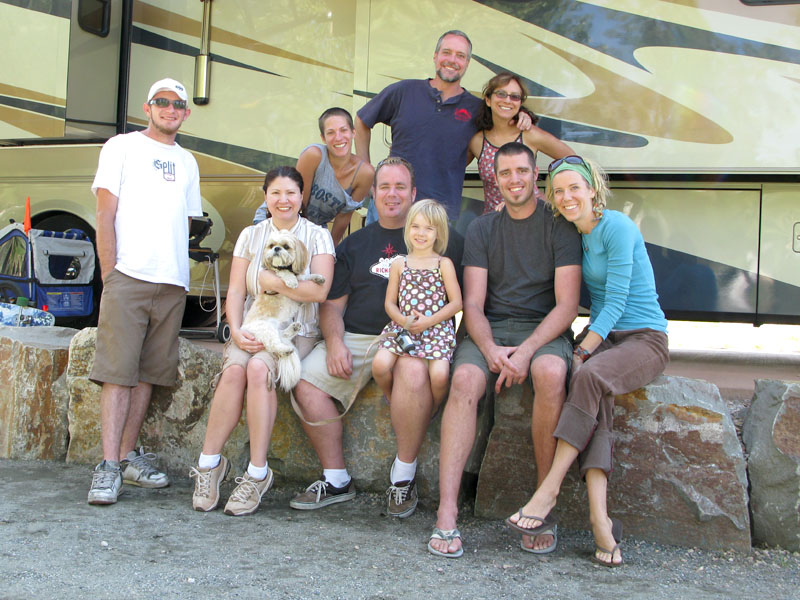 Young full-timers on the road

Thanks to Bud and Melanie Carr, the third generation of Petersons who are playing a big role in guiding Xscapers, the Escapees club will be there in a multitude of ways to support working-age members.

It doesn’t cost anything extra to hang out on the Xscapers website. It will simply take members directly to resources that meet the informational and logistical needs of full-timers who live and work on the road. Escapees club members can choose which website best meets their needs.

The Xscapers website is still in beta mode but very close to completion. Stop by and check it out. If you’re like me, I know you’ll like what you see.