You are here: Home / Blog / The 19th Hole: Golf Training DVDs Developed by Butch Harmon
This post may contain affiliate links or mention our own products, please check out our disclosure policy here.

Butch Harmon, the renowned PGA golf instructor, has just released a two-DVD set instruction video just in time to help tune up your golf game for spring. “Butch Harmon About Golf presented by Titleist” features 57 chapters and more than 250 specific tips, totaling in excess of four hours of instruction. Harmon has been voted number one in Golf Digest’s annual ranking of America’s Bes 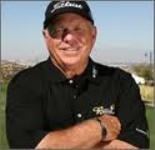 t Teachers for the past 11 consecutive years. The man knows golf. The comprehensive DVDs cover every aspect of golf including the set-up, grip, driving, short game, putting, and everything in between.

Best known for his work in the early 1990s with Greg Norman, the sought-after teacher and instructor also shared his teaching skills with Tiger Woods for more than 10 years from 1993 to 2004. Since his early experience with Norman, Harmon has worked with more than 100 PGA, LPGA, and European Tour players, including 21 Major winners.

The instructional DVDs include footage from the golf professionals who benefitted from Harmon’s instruction, such as Phil Mickelson, Nick Watney, Dustin Johnson, and Lee Westwood. “I have worked with some of the greatest players in golf, and I am proud of the success they have had while working with me,” Harmon shares. “However, I created this DVD for the thousands of golfers that I will never have a chance to try and help. This is my legacy to the high school golfer trying to make the team, the golfer trying to win his Saturday Nassau, or the lady golfer taking up the game.”

The son of 1948 Masters champion Claude Harmon, Butch Harmon’s affiliation with the game of golf has spanned more than four decades. He was a PGA Tour player from 1969 to 1971, picking up one win on Tour: the 1971 Broome County Open.