You are here: Home / Blog / Adventures in RVing: Building Dreams!
This post may contain affiliate links or mention our own products, please check out our disclosure policy here. 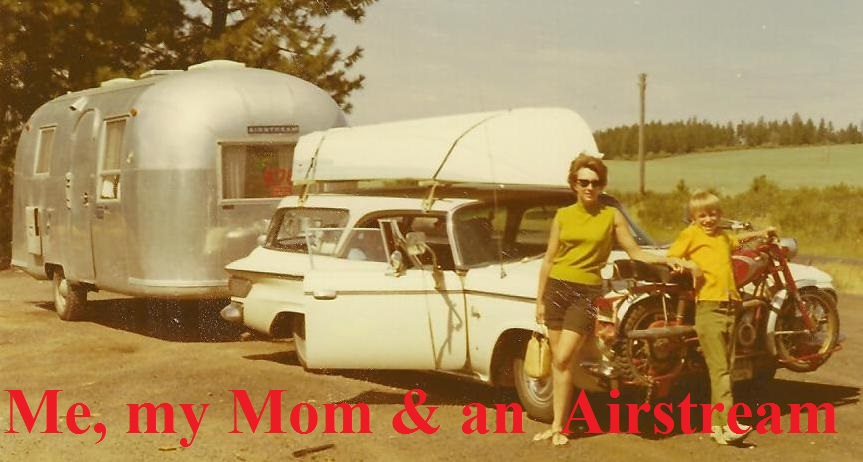 I was searching for some RV lifestyle footage on YouTube the other day and stumbled across a “historical” Airstream promotional movie. Most would have ignored it and moved on to what they were searching for. Not me, this movie holds special memories for me. You see, my parents and grandparents were Airstream Dealers through the 1960’s and 1970’s. My first paying job as a child was keeping this film playing during a RV show held in the Seattle Coliseum during the late 1960’s. It was a reel to reel movie just under 20 minutes in length. My job was to start it and return 20 minutes later to rewind the film and start it again. Playing this old movie on my computer was like a homecoming of sorts and helped me realize where my love of adventure and boondocking may have originated. The name of the movie is “Building Dreams Is Our Business” with some of the first lines of the film talking about “high adventure” and “faraway places”. Soon a car containing a middle aged couple towing an Airstream drives onto the screen parking their trailer along the shores of a pristine lake. I am quick to notice they are not parked in a campground, but boondocking!  Wow, it hit me like a ton of bricks! Had I been predisposed to boondocking in faraway adventurous places as a child? It appears so! Pavlov and his dog would be proud!

Growing up in the RV business, one of the best RVing adventures!

You can watch “Building Dreams Is Our Business” at the following link: http://www.youtube.com/watch?v=g4cegxy41Jc