You are here: Home / Blog / Adventures in RVing: Grand Canyon Boondocking
This post may contain affiliate links or mention our own products, please check out our disclosure policy here. 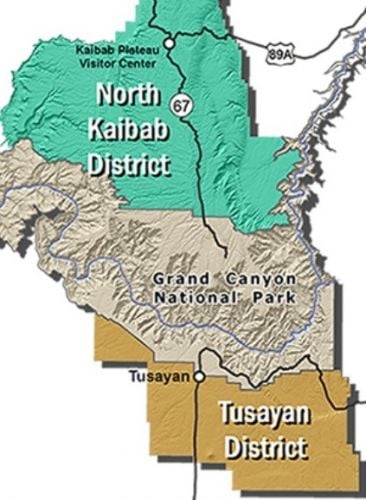 Planning a future trip to the south rim of the Grand Canyon and surrounding areas? Then you are in luck as the Kaibab National Forest has proposed a designation of numerous dispersed camping corridors (that’s federal code for boondocking) along more than 220 miles of forest roads located in the Tusayan and Williams ranger districts. While boondocking is already allowed in the forest, the provision will increase the opportunities allowing campers to drive vehicles (RVs) 30 feet off of designated camping corridor roads. Tent campers would be allowed to camp up to 200 feet from the center line of designated roads. The Tusayan district borders the popular south entrance of the Grand Canyon meaning you can boondock  at the doorstep of the Grand Canyon. A quick scan of Google Earth reveals a nice boondocking site at N35 58.640  W112 07.942 just off a paved road a mere mile and a half from the south entrance pay station!

Boondocking at the foot of grandeur, that is my kind of adventure in RVing!

Dispersed camping guidelines for the Kaibab National Forest can be viewed here.

To view the location of the Kaibab National Forest districts click here.

For the complete story on the proposal, click here.