You are here: Home / Departments / RV Books / Full-Time RVers Share Wisdom In Their New Book ‘Be More Dog’
This post may contain affiliate links or mention our own products, please check out our disclosure policy here.

As full-time RVers for over a decade, Rene Agredano and Jim Nelson have done a lot, seen a lot, and finally have released their much-awaited book, Be More Dog: Learning to Live in the Now.  This book came about from their time spent with their beloved dog Jerry, and the valuable life lessons he shared with them. 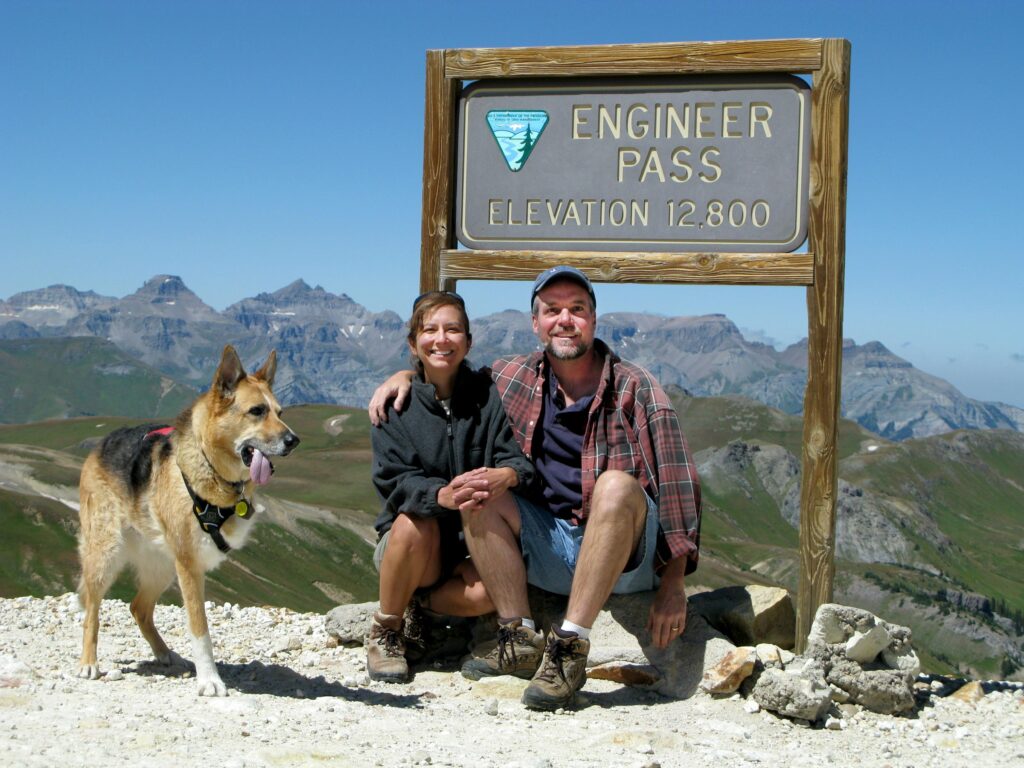 Before they became RVers, Rene and Jim owned their own graphics and marketing business.  Like many people, they were very busy working hard to be successful with their business.  In 2006, their beloved German Shepard, Jerry, was diagnosed with terminal bone cancer at only eight years old.  Rene and Jim were crushed.  They didn’t know much about cancer or treatment options.  After Jerry’s front leg was amputated and the doctors warned his time was limited, Rene and Jim made the promise to give Jerry the “road trip of a lifetime”. 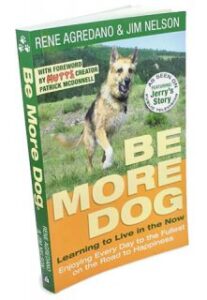 Rene and Jim share life lessons learned on the road from their beloved dog, Jerry in Be More Dog (bemoredog.net)

They sold their business, sold most of their belongings, bought an RV and hit the road in 2007.  Along the way, they decided to start blogging and making movies of Jerry and his adventures to share with other pet owners facing canine cancer diagnosis or amputation.  They may not have known it at the time, but their website quickly became hugely popular and evolved to become the Tripawds Nation with Jerry at the helm as the official Spokes Dog.

During the two years after his diagnosis, Rene and Jim had traveled with Jerry over 30,000 miles in their RV.  Jerry outlived all the doctor’s expectations and had taken Rene and Jim on countless adventures they would not have otherwise experienced.  More importantly, through their travels together, Rene and Jim were able to abandon a work-centric lifestyle and create some mental space and the breathing room that they desperately craved.

By not being tethered to one place, they found they could better focus on the experiences they were sharing with Jerry.  They were having fun and they were, in fact, living much more like Jerry lived.

Rene says, “I want people to understand that dogs are more than pets.  They are wise teachers and can make us better humans if we just take the time to listen.”

Through Jerry, the couple learned how to adapt to any circumstance and embrace it as a positive thing; to accept it and make the most of it.

Jerry passed away from his cancer in October 2008.  His loss rippled through the entire online Tripawds Nation.  Jerry and the website had become a guiding light and an incredibly useful resource for people across North America who were facing difficult diagnosis with their pets.  There was more work to be done, and Rene and Jim felt that their love for Jerry needed to extend beyond Jerry’s life and continue on to help others.

As full-timing RVers, their time was more fluid which facilitated their ability to write, as well as a multitude of other creative endeavors that has helped serve as an income source for the couple.  They started working on Jerry’s book shortly after his death, trying to ensure that each lesson Jerry taught them was captured and conveyed in just the right way.

Rene and Jim are still RVing, now traveling with their 3-legged dog, Wyatt, who continues on in Jerry’s 3-legged footsteps as Spokesdog for Tripawds everywhere.  Wyatt is also teaching his own lessons in his own way—very different from Jerry but important lessons none-the-less.

After 13 years as nomads, their advice for the rest of us is, “Don’t wait for tragic situations to create the life you want to create.  There is no better time than NOW!  NO EXCUSES!!”

“Be More Dog: Learning To Live in the Now” is available on Amazon for $14.95. You can follow Rene, Jim, and Wyatt at tripawds.com or liveworkdream.com.