You are here: Home / Blog / Chasing the Moon
This post may contain affiliate links or mention our own products, please check out our disclosure policy here. 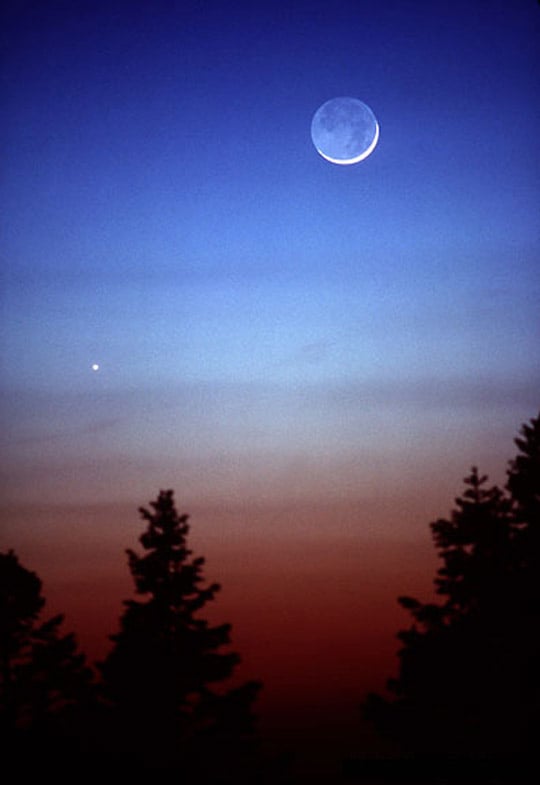 No one ever accused me of choosing the right times or places. Having heard all the hoopla about that big round thing in the sky, I dutifully went up to the third floor outdoor plaza of my apartment building and looked for the moon. It didn’t appear in my time frame or at least before my goosebumps rose to alarming size. I never did see the blood moon or the eclipse.  However, having checked the Internet for the next day’s weather, I decided to make a run for the Mt. Walker overlook on Monday night. There would be no eclipse but maybe I could get a cloud-free look at magnificent Mt. Rainier plus a glimpse of the full moon. I called my friend, Grace Cota, who is always as ready for an adventure as I am. As I drove the roughly forty miles east toward Port Hadlock, I admired once again the constant blue mountain scenery and the water-filled bays. Grace had a delicious spaghetti dinner and salad awaiting, then we took off south toward #101.

Quilcene was about 18 miles away but it was already getting dark so we had a hard time reading the signs but we knew the road to Mt. Walker wasn’t very far beyond the town.  It had been years since I had driven up Mt. Walker so I didn’t remember exactly where it was. Five miles south of Quilcene, we finally found the turn off from #101 and headed up the winding four miles of narrow, rocky, unpaved road. We parked in the 2,805 Mt. Walker overview parking lot. Mt. Walker is the only peak facing Puget Sound with a road leading to it.

With my penchant for going on “out-of-the-way” roads, I’d like to say that I always go prepared. That was definitely true when I was still RVing and everything I owned was in the RV, but with the car…well, let’s just say I was relying on the flashlight from my smartphone which I could no longer find on it once we parked. While I probably had a regular flashlight in my emergency Walmart box in the back, the batteries were probably dead so we relied on Grace’s flashlight. Do you know how dark it is in the high mountains after the sun goes down? (Especially when you are surrounded by many huge, dark, hundred-year-old, gnarly-armed Douglas-firs). Grace led the way.

Mt. Rainier and Mt. Baker had both retired for the night, but as the night grew darker and we shivered in the cold, the scene before us grew into an absolutely amazing panorama of the Seattle-Tacoma-Everett skyline. It was mesmerizing to watch the city lights coming on, planes flying in, and bumper to bumper traffic on I-5. We could see the water of the Hood Canal and Puget Sound.

We have new cameras and in the dark was not the place to learn how to use them but we did. As we were about to give up on the moon making an appearance anytime soon, Grace said, “Look! I think that light I’m seeing through the trees is the moon.” It took a while before it was high enough where we got a full view but we shivered and waited. After getting a few pictures, we finally gave in to the cold and headed home with the heat on.

I dropped Grace off and fortunately, didn’t start yawning until I got into Sequim. It was 10 and almost bedtime. Good night and I hope you spent a little of your time chasing the moon. God Bless until next week.

Winter in the Wilderness, Minshall’s first novel (e-book & hard cover), and the fourth edition of RVing Alaska and Canada are available through Amazon.com. Visit Minshall’s column, Silver, Single, and Solo, in both hard copies of RV Life and on the Internet.