You are here: Home / Top Stories / Man & Daughter Give Donated RVs To Wildfire Survivors
This post may contain affiliate links or mention our own products, please check out our disclosure policy here.

The wildfire that recently ravaged California was the deadliest and most destructive in state history. The blaze known as Camp Fire claimed at least 86 lives, destroyed over 153,000 acres, and left 50,000+ people displaced in emergency shelters. Driven by high winds, the wildfire was finally 100% contained after seventeen days on November 25, 2018.

Though 18+ hours away in Denver, James (Woody) Faircloth felt compelled to help. He started searching Craigslist for RVs that he could take out to California and donate to a family who lost their home.

Woody set up a GoFundMe page to raise money for the RV as well as supplies like food and diapers he could give out to other evacuees. 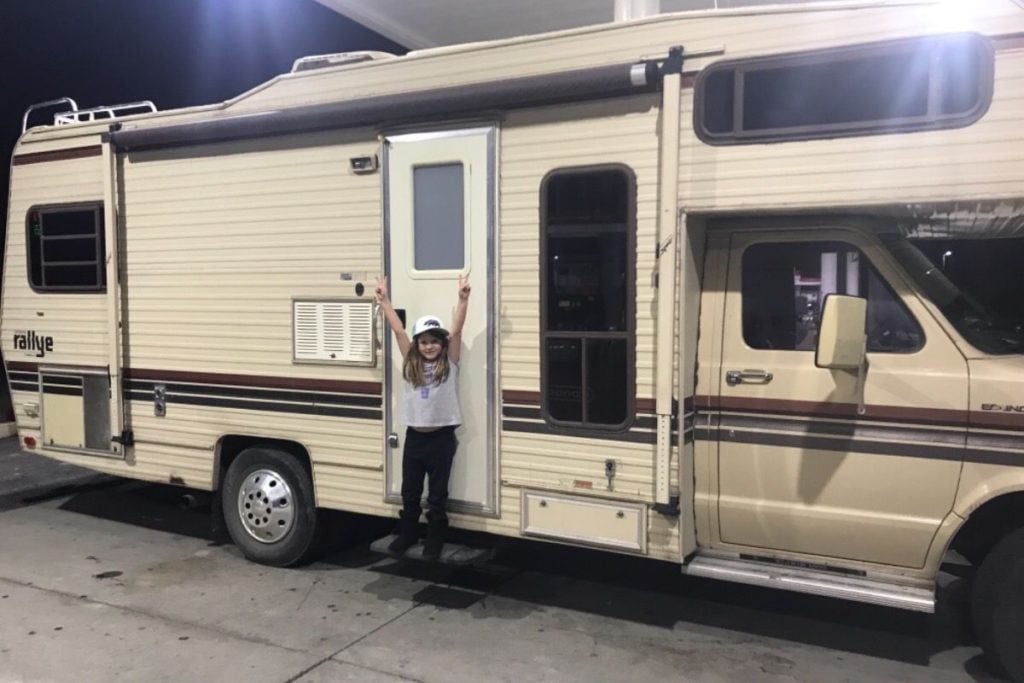 All photos via GoFundMe

When he told his six-year-old daughter, Luna, about his plans, she was up for the trip. “We were watching some of what’s going on out there and talking about what if that was us and what would we do,” Woody shared on GoFundMe. “And I told (my daughter) what the idea was and she was 100 percent on board. She said, ‘God and Santa Claus would be really proud of us for this.’”

After launching the fundraiser, Woody emailed almost every person selling an RV on Craigslist in Colorado, asking if they would consider donating or reducing the price of their RV for the good cause.

Just in time for Thanksgiving, a man offered to lower the price of his RV to how much they had raised. Woody filled the RV with items like blankets and groceries and arrived in California by the holiday. 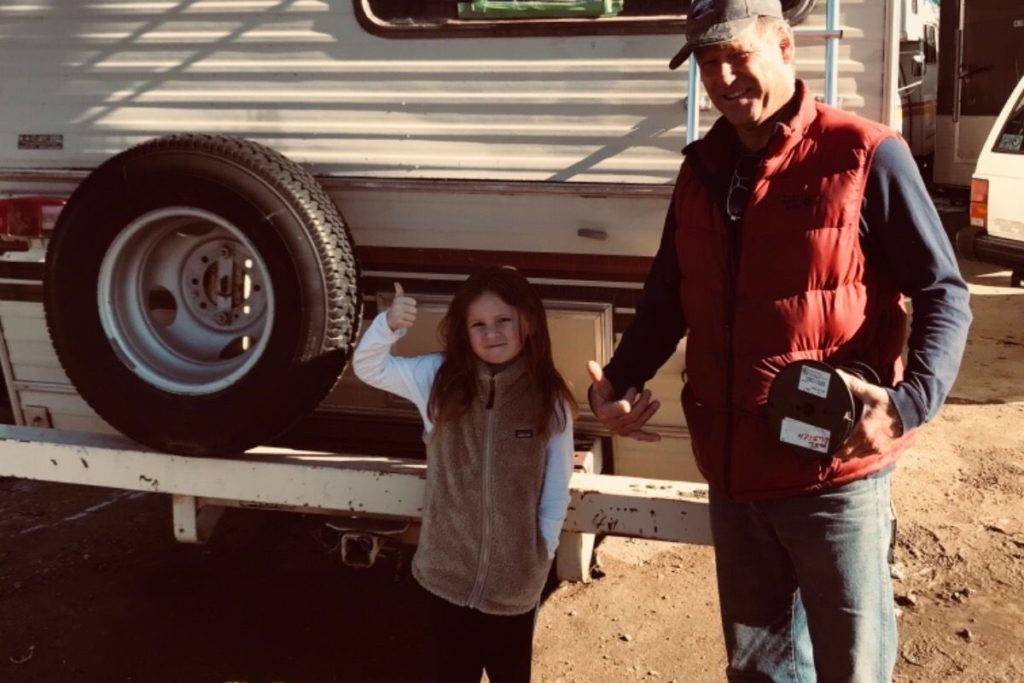 Ready to help a good cause!

Once word got out, more and more people contacted Woody about donating their RVs and trailers. The next day, he got a call from a couple in San Francisco who wanted to donate their RV, it just needed some new tires.

“This amazing 1958 refurbished Greyhound bus was donated by Teri and Gordon Allen. This lovely couple first met when they were only 10 years old and will celebrate their 50th wedding anniversary later this year. They emailed us and let us know that they where moved by our journey when they saw us on the news and just knew that we could find a family in need who would be a good fit for their beloved vintage bus.

We plan to hand the keys and the title to a firefighter and her future wife who lost their home and all belongings in the fire tomorrow in Chico.” 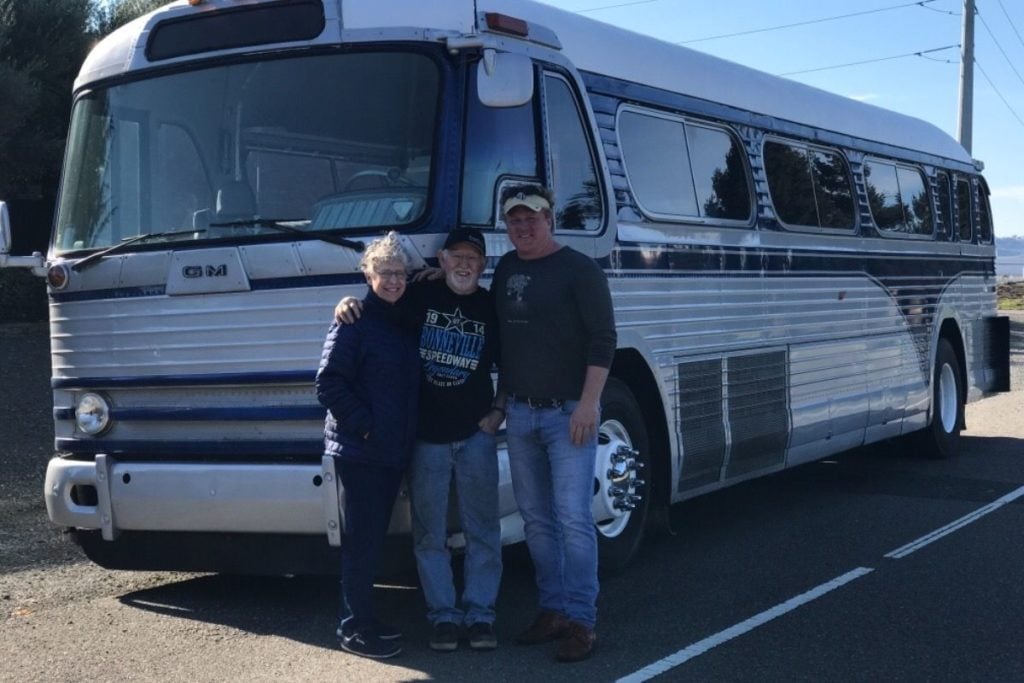 To date, their GoFundMe has matched 35 families to purchased and donated RVs, and they have helped 127 people including 58 children, 69 adults, 9 single parents, 3 first responders, 8 veterans, and 11 medical cases.

Woody has repaired and renovated the RVs to make them feel more like home. On a recent trip to Home Depot, he spent over $1500 on smoke detectors, carbon monoxide sensors, emergency lighting, fire extinguishers, and other items needed to live in an RV.

“Just met with this angel on earth named Coleman Johnson who handed me the title and keys to this lovingly used and well maintained RV. Coleman shared that he married his wife in 1962 and that she sadly moved into an Alzheimer’s memory care facility last year.

Coleman said he and his family shared a lot of memories in this RV and he wants another family to have the same opportunity.” 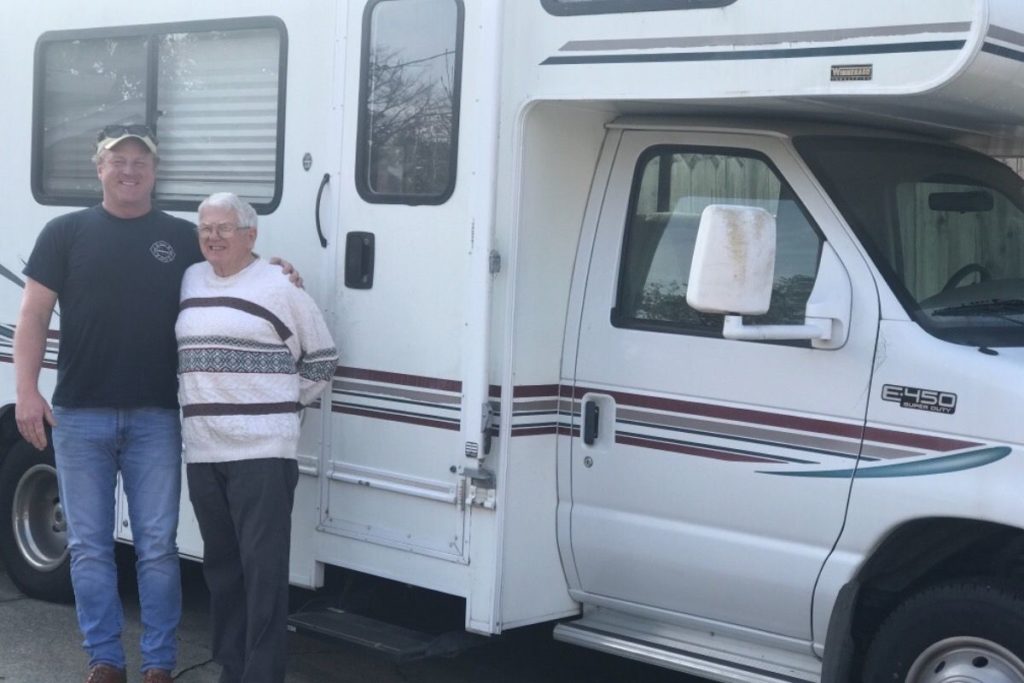 Coleman Johnson and Woody in front of the donated RV

You can learn more about donating on their GoFundMe page. Woody is asking for the public’s help recommending families to give the RVs to by emailing RV4campfirefamily@gmail.com with as many details as possible. You can also follow his journey on Facebook, Twitter, and Instagram.