You are here: Home / Top Stories / Explore One Of The Best-Preserved Ghost Towns In The West
This post may contain affiliate links or mention our own products, please check out our disclosure policy here.

by TC Wait
March 26, 2019Filed under:
Table of Contents show
See also: We Visited An Old Ghost Town And Almost Got Stuck In A Ditch

The abandoned mining town of Garnet, Montana is located about eleven miles up Garnet Range Road between the towns of Clearwater and Drummond in the Missoula area of Western Montana.

In its heyday, the town swelled to nearly 1,000 people in 1898, only to be virtually abandoned just seven years later.  The town remains nearly pristinely preserved as it was over a century ago with fully intact and furnished buildings.  A day visit to the town is well worth your time to find a sense of Montana’s past without commercialization. 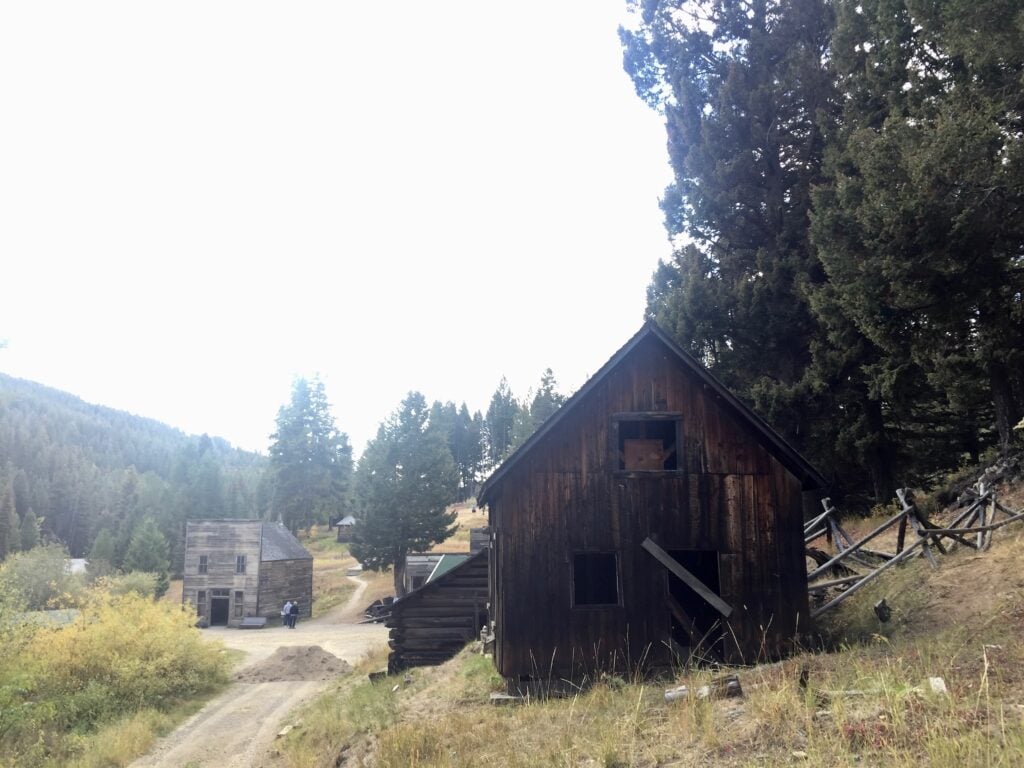 The mining town of Garnet is one of the best-preserved ghost towns in the west. (Photo by Samantha Storms, BLM)

Garnet is listed on the National Register of Historic Places, including 82 buildings, 46 structures, and dozens of historic sites.  The Bureau of Land Management and the Garnet Preservation Association (a non-profit citizens group) maintain and manage the site now.  Visitors will find a visitor’s center and self-guided trails with interpretive signs to learn about the town and the buildings.

The main part of town was built on the Garnet Lode mining claim.  Although the town never had a bonanza strike, there were about fifty mines in the area.

Placer gold was first found in First Chance Creek in 1865, mostly recovered by drift diggings.  Dr. Armistead Mitchell built a processing mill at the head of the creek and soon the townsite of what became Garnet was subsequently developed around the mill. 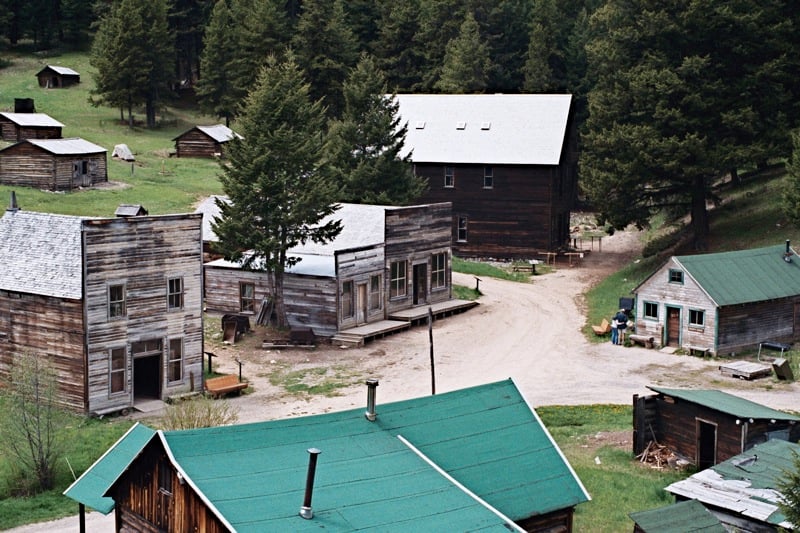 Many of the original buildings and furnishings still stand in Garnet. (Photo by Sherb/Wikipedia)

The mother lode, containing three source veins and pockets of rich ore, was discovered in 1867.  A major gold strike at the Nancy Hanks Mine in 1898 lead to the boom of the town of Garnet, bringing stores, hotels, saloons, a school, barbershops, and even a doctor’s office.  The Nancy Hanks Mine was the most profitable mine in the area, producing gold, copper, and silver until 1954.

The town was nearly abandoned by 1940 as the gold deposits became scarce, and a fire in 1912 destroyed many of the commercial buildings.  As World War II approached, the population of the town dwindled and eventually the town was left to the elements and vandals. 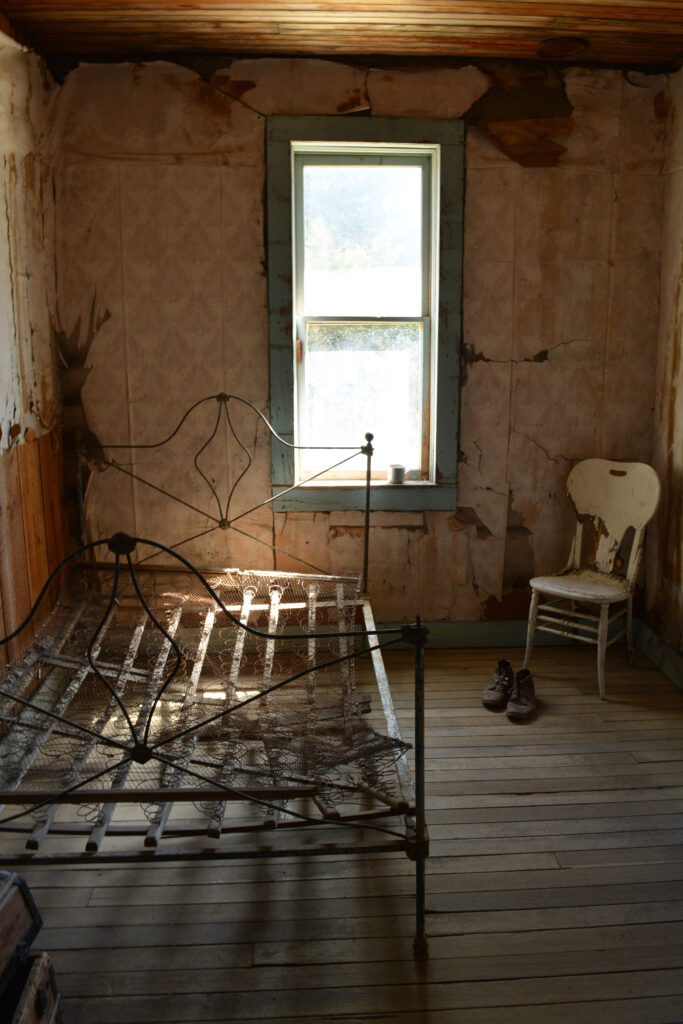 Restoration work at the site began in the 1970s.  To date, over 30 buildings have been historically preserved at the site, including the JR Wells Hotel and Kelly’s Bar (Garnet was well known for its bars and saloons at its peak).

Visitors can walk through town and into multiple buildings.  Several hiking trails allow you to experience different aspects of the area, from the trek to scenic Warren Park to the mine operations of the Sierra and Forest Lode Claims.

The road into Garnet is not recommended for trailers or RVs, and no camping is allowed within a ½ mile of the Garnet townsite.  However, there is dispersed BLM land camping available in the area.  Established campgrounds can be found in the town of Drummond and near Missoula as well.

You can learn more about Garnet on their website.

See also: We Visited An Old Ghost Town And Almost Got Stuck In A Ditch