You are here: Home / Blog / Enjoy the RV Lifestyle with the Sports of Golf and Curling
This post may contain affiliate links or mention our own products, please check out our disclosure policy here.

Although golf and curling couldn’t be more different in many respects, where there’s a golf tournament or bonspiel, RVs are commonly nearby where spectators and players alike enjoy the RV lifestyle, competition of sport and camaraderie. 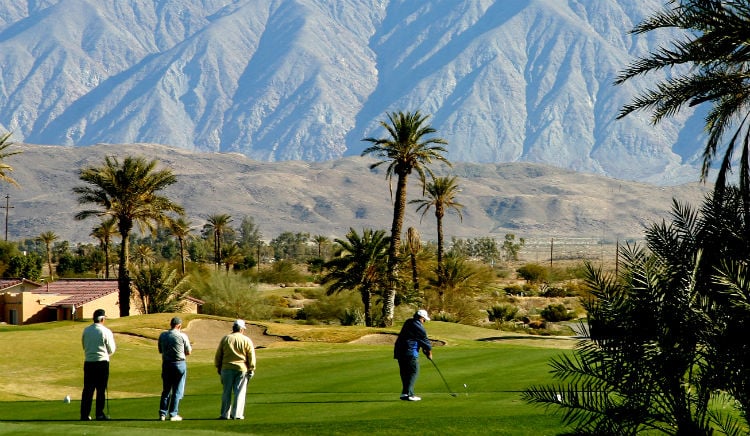 In fact, according to Tom Fitz Gerald of the widely known Granite Curing Club, it’s not uncommon at the April Spiel in Seattle, Washington for nearly half of the 56 teams to travel from Canada and across the U.S. by a trailer or motorhome to enjoy the RV lifestyle and event.  The same can also be said for the game of golf. Many of the pros tour the PGA circuit by RV while many RVers plan destinations around any given tournament. 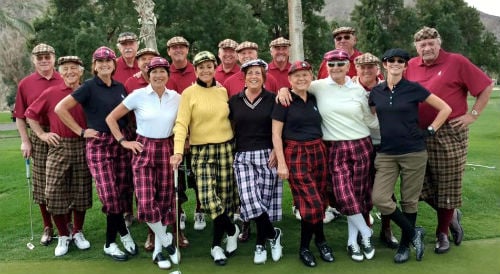 Interestingly enough, golf and curling can be two frustrating sports, both invented by the Scottish. This humorous musing was shared by curling enthusiast Laurel Haigh-Gore during the recent U.S. National Curling Championships in Everett, Washington. Laurel and her colleagues from the Granite Curling Club were the curling ambassadors during the week-long tournament. “Ask Me About Curling” was a familiar sign worn by many.

So, I inquired about more correlations between golf and curling. Both seemingly found their beginnings in Scotland a few hundred years ago. Curling is known to have originated in Scotland in the 16th century. The first documented mention of golf appeared in a 1457 Act of the Scottish Parliament.

Regardless of their tenuous beginnings, the two sports played today maintain their original chivalry and sportsmanship. Other similarities include the playing of bagpipes at some events as well as lifetime participation in both golf and curling; start at a young age and play your entire life. Further, Fitz Gerald shared a few observations regarding the similarities between golf and curling.

“The cerebral aspect of both sports is important,” says Fitz Gerald. “You have to be able to forget about a missed or bad shot and move on to the next. Also, the ability to read the ice is quite similar to reading the putting surface of a green. Those who figure it out the best usually are the most successful.” 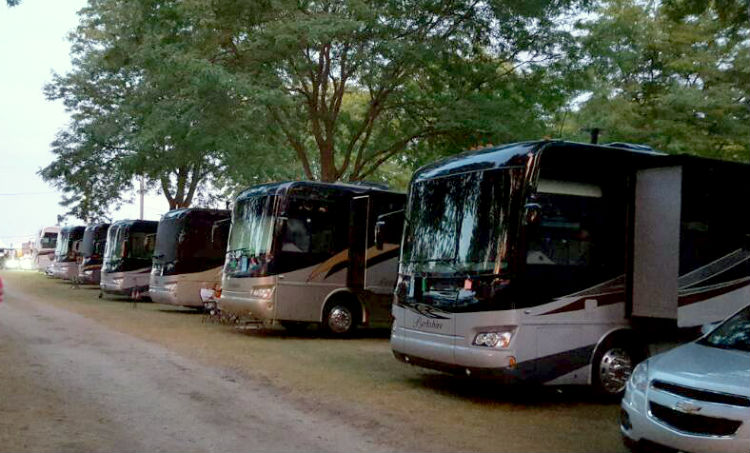 Enjoy the RV Lifestyle with these two Sports

Tom also said that good curlers and golfers have the ability to see the ‘big picture.’ For instance, they are able to plan and play a few shots ahead.

“Being fearless or having steady nerves is a big advantage,” adds Fitz Gerald. “Making a birdie putt to win isn’t always easy. Neither is drawing your last shot to the button (in curling) when the opponent has a few rocks in scoring position.”

Slow play has also hindered both sports over the years. Playing through is sometimes a solution in golf, but there are timers in major tournaments. On the curling side, there are timers in championship play. At the club level, games finish based on time, regardless of whether the match is complete or not.

A notable – and final – similarity between these sports is the camaraderie on the course or in the curling rink. As an example, at the club level, enthusiasts socialize, plan trips to attend or play an event, and even make it a family affair.

“Both sports also lend themselves to having a cold beverage or a meal when finished,” adds Fitz Gerald.

But whether it’s golf or curling, it’s hard not to enjoy yourself when participating in either one. Add RVing into the mix and the experience becomes even more social and provides a new element for both pastimes.