You are here: Home / Blog / Add These Golf Movies To Your Watch List
This post may contain affiliate links or mention our own products, please check out our disclosure policy here.

When traveling the country in an RV, Mother Nature doesn’t always cooperate when it comes to offering up perfect weather for golfing. 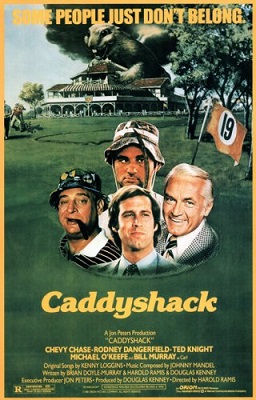 On those days when it’s too rainy or cold to tee it up, pour yourself a cup of hot chocolate and watch a movie or two. Here are several classic golf-themed movies that will pass the time.

Caddyshack is an absolute hole-in-one. It doesn’t matter how many times you see this movie, the lines will always get you laughing! Some of the 80s attire may have been fashionable then, but it will make you glad you’re in the 21st century.

Caddyshack II was deemed poor in comparison to the original movie. The sequel nevertheless contains an endless stream of slapstick comedy.

Tin Cup will make you appreciate good golf, and a clean RV! Kevin Costner plays a stellar role as Roy McAvoy, a sometimes terrific golfer who has a meltdown while playing in the U.S. Open. This feel-good romantic comedy offers lots of laughs and comedy.

Happy Gilmore is another must-watch comedy. Lead character Adam Sandler discovers that though he’s not a good hockey player, his golf swing is unmatched.

Happy Gilmore hopes to win lots of money to help keep his grandmother from foreclosing on her house. His unforgettable golf swing has been replicated on golf courses all over the country. 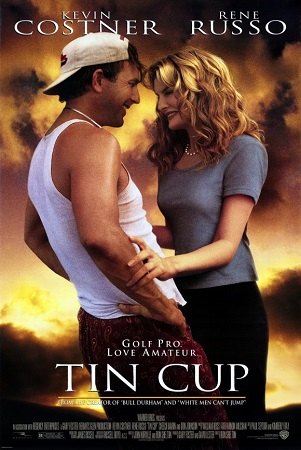 The Greatest Game Ever Played examines the early playing career of golf champion Francis Ouimet. The 1913 U.S. Open is the focus of the intense competition between Ouimet and British star Harry Vardon.

Filmed in Montreal, the terrific golf sequences were shot at Kanawaki Golf Club in Kahnawake, Quebec.

Seven Days in Utopia is a Christian sports drama featuring golf as the main theme. It’s somewhat cerebral, but uplifting.

After a disastrous debut on the pro circuit, a young golfer finds himself unexpectedly stranded in Utopia, Texas and welcomed by an eccentric rancher.

Tommy’s Honour is a historical drama based on the powerfully moving true story of the challenging relationship between “Old” Tom and “Young” Tommy Morris, the dynamic father-son team who ushered in the modern game of golf.

There are plenty more golf-related movies to choose from, but this short list should get you through a weekend if need be.