You are here: Home / Top Stories / Watch Her Build Keystone’s Insane Concept RV
This post may contain affiliate links or mention our own products, please check out our disclosure policy here.

Even the best RV interiors were never designed for full-timers who live and work from the road. Until now. Cortni Armstrong (also known as The Flipping Nomad) is taking matters into her own hands. She’s designing the interior for an insane concept RV by Keystone Montana. 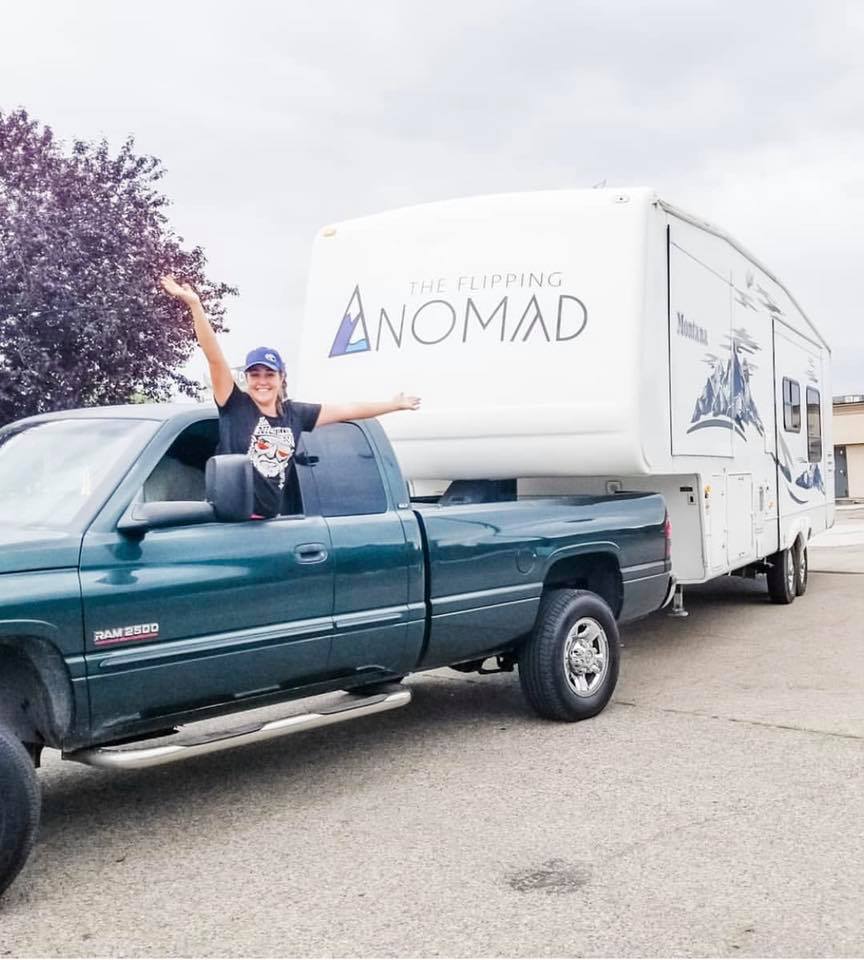 Flipping Nomad and Keystone’s insane concept RV project launched this week on the RV manufacturer’s YouTube channel. Viewers will get to watch Cortni and her crew develop the interior for a brand new, hot off the assembly line Keystone Montana fifth wheel.

Each week Keystone will release a video that show’s the rig’s progress. Subscribe to the Keystone YouTube channel to be notified of the next video and watch the built-out happen with Cortni.

The Flipping Nomad is no stranger to taking old RVs and transforming them into ultra hip homes on wheels. Since 2015 this full-time RVer has been revamping rigs for young full-time RVers like herself. The Keystone Montana rig model is her personal favorite and the only one she renovates for her client’s custom RV interior projects.

“As I was building my business, I realized that I only wanted to work with RVs that had good bones and that were built right,” she said in a Keystone press release. “All roads lead to Keystone, but specifically to the Keystone Montana. As a result of that, I now exclusively renovate Montanas.”

As shown on her Instagram channel @TheFlippingNomad, Cortni’s RV rehab philosophy is “functionality before design.” Over the years she’s created beautiful and modern looking rig interiors for all kinds of modern RVers, from full-time RVing families to solo working nomads and more.

By partnering with Cortni for this insane concept RV project, Keystone wants to show the company is hot on the heels of what younger RV buyers want from their rigs. Keystone gets that today’s RVing travelers have different living and working space needs than the typical retired RVer of years past. Workspaces, children’s play rooms and pet-friendly features are just some examples of what travelers want now.

“Our longtime customers have shown how appealing life on the road can be. I love that their younger counterparts aren’t waiting until they are sixty or seventy to embrace the adventure that the lifestyle offers,” said Montana Product Manager Mark Krol.