You are here: Home / Blog / The Full-Timing Nomad: Preparing for Weather Oddities and Calamities
This post may contain affiliate links or mention our own products, please check out our disclosure policy here. 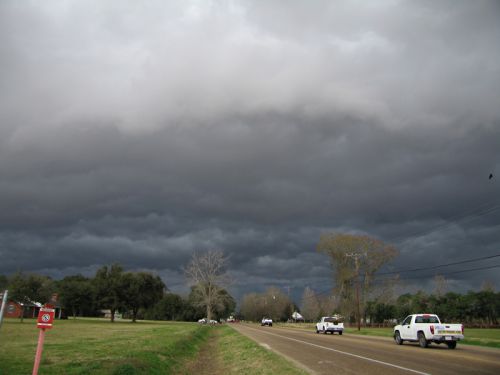 The rain steadily beats down as I sit here composing my thoughts on a “summer” day in Lake City, Colorado. We’re still workamping at a dude ranch in the San Juan Mountains just north of Durango, and just about a month ago everyone in the valley was begging for rain. The natural ponds that irrigate the hay fields were drying up and summer wildflowers were nowhere to be seen. Nothing was as it should be, until the summer monsoon storms finally arrived over a month late. When the rains came, everyone rejoiced.

But then we got more rain. And more rain. And it hasn’t stopped since. The old adage “be careful what you ask for” has never been more applicable as rainfall records are shattered at both ends of the scale. Things could be a lot worse, as they have been just a few mountain ranges east where parts of the town of Manitou Springs were washed away. As annoying as the constant rain has been, we’re grateful for the moisture and another agricultural crisis has been averted.

As full-timers we’ve had the privilege of roaming from region to region and witnessing changing weather patterns up close. When we first started traveling, the word “climate change” wasn’t discussed in polite company, even when people would say things like “the weather has really changed around here over the last few years.”

From Fargo to Florida between 2007 and 2012, we heard that same phrase over and over again but nobody dared to say “global warming.” Finally, last year when we arrived on the East Coast just in time to meet Hurricane Sandy, we started to hear locals start to wonder out loud if cataclysmic weather could in fact be a sign that humans have altered the earth’s weather patterns.

It doesn’t matter if you believe in climate change or not, but the fact is that during the last decade  weather events have become more dramatic and dangerous. As RVers we always have the luxury of trying to get away from weather doom and sometimes that tactic works. But as a travelin’ fool, you’ll discover that there will be times when you just can’t outrun Mother Nature.

Even the best RV is more exposed to weather dangers than someone residing in the flimsiest mobile home, so it pays to be prepared by having these three things in your rig:

A list of 10 critical items. After nearly abandoning our RV during a Texas flash flood, we created a list of the 10 most important things in our rig besides ourselves and our dog. Our list includes things like our laptops, a storage drive and the cell phone but yours may be different. Create the list and tack it up inside a cabinet door that gets used frequently.

An emergency kit. You’ve seen this a million times. Do you have one? You can buy a kit just about anywhere but it’s far better to create your own small backpack kit and fill it with things like a spare set of clothing, snack bars, pet food and prescriptions.

Weather radios. Call ’em old school, but we rely on Motorola weather radios that double as walkie-talkies. Some tech geeks shun them for smartphone weather apps, but we think that’s a bad idea because you can’t depend on Internet connectivity when the weather turns bad.

There’s lots more that you can do to prepare for an emergency, but that’s a column for another rainy day. At this rate, I could probably write it tomorrow!