You are here: Home / Blog / I’m The World’s Worst Fisherman—Here’s Why
This post may contain affiliate links or mention our own products, please check out our disclosure policy here.

When I have too much on my mind, I escape by daydreaming and thinking about other events and memories that are less anxiety-ridden, like when I used to go fishing.  Recently, I have been escaping more and more into my memories of my fishing adventures, and from the vantage point of hindsight, I’ve been forced to conclude that I am (or was) the world’s worst fisherman. I’m embarrassed to admit it, but it’s true.

After reading this series, you’ll understand why my fishing poles and tackle are safely in storage, even though I am now a full-time RVer and can finally go to all the places I’ve dreamed about fishing for most of my life.  Now I can get to the lakes and streams of Montana, BC, Minnesota, and Alaska, but I’m pretty sure the outcome would be the same disappointing and embarrassing display of ineptitude.  Read on and see for yourself if this claim, of worst fisherman, is appropriate. 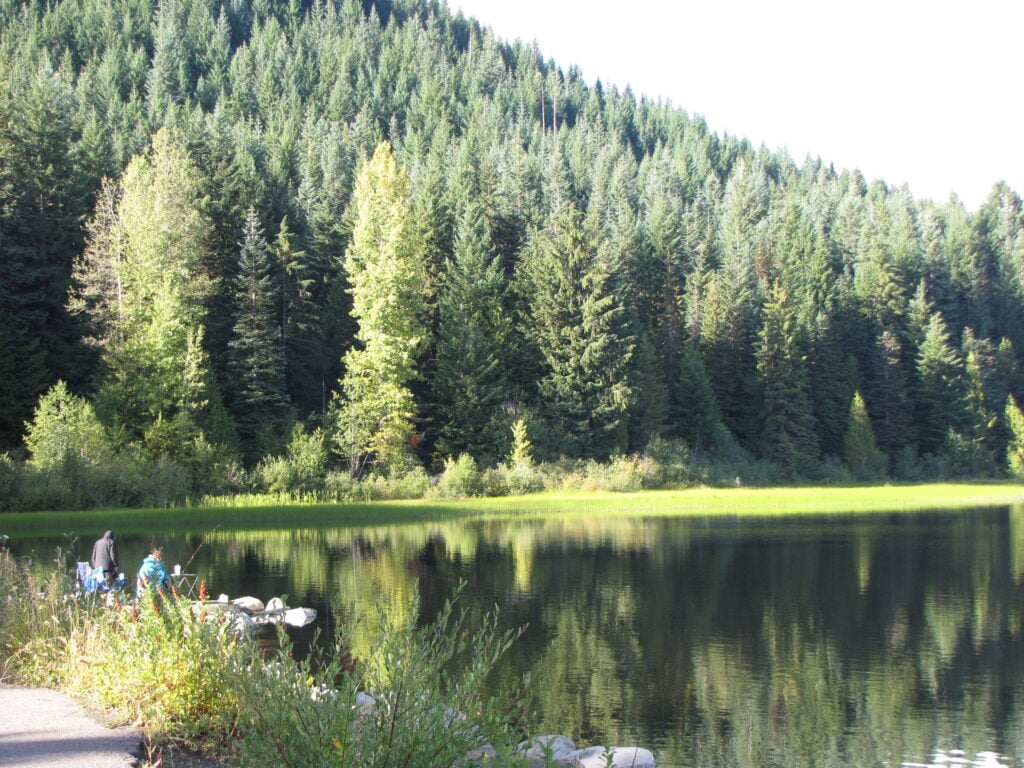 I came from a fishing family; my folks fished, my brothers fished, even my nieces and nephews fish. In fact, my niece caught over 175 salmon last year. Of course, she lives in Alaska, which helps, but all my family were and are accomplished fishermen. Unfortunately, the fishing gene missed me.

At one point in my life, I would have described myself as an avid fisherman. I had all the gear. The graphite pole with a level-wind casting reel, a salmon rod, separate trout pole with a spinning reel, two tackleboxes, one for big fish and one for small fish like trout or crappies, various nets and vests and all the fad lures, flies, bait, scents, and other fishing necessities.  I fished for trout, salmon, steelhead, kokanee, crappies, perch, sea bass, rock fish, and even crawfish, anything in the water was a potential target. 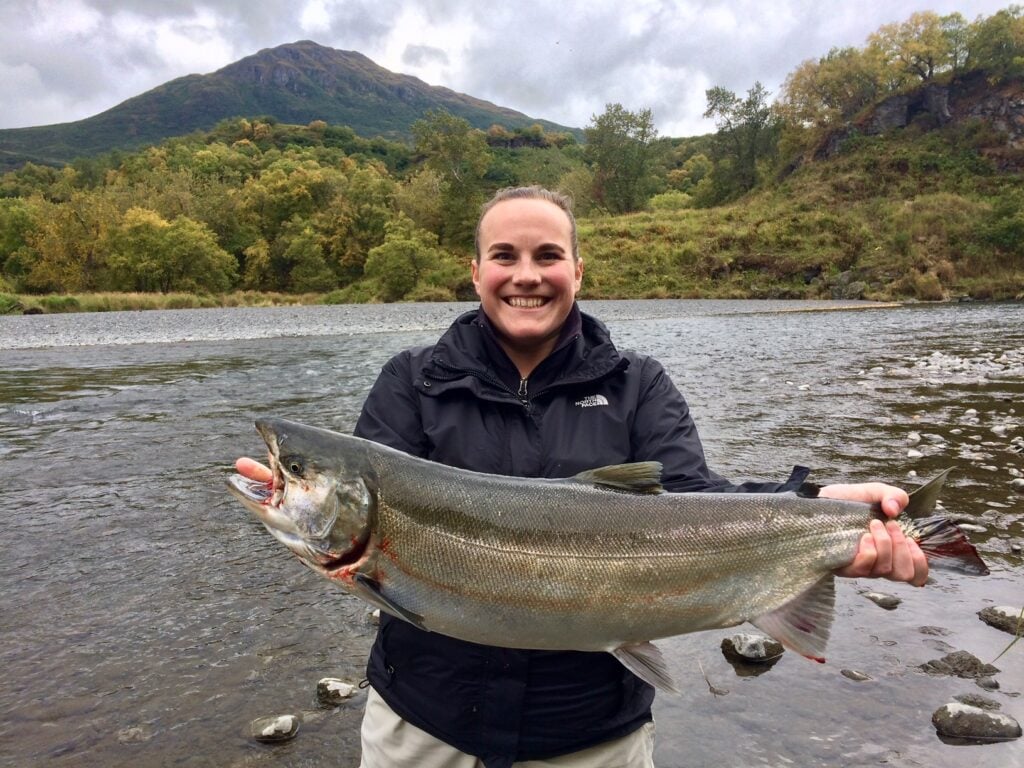 Fishing is like gold fever. Once you’ve got it, you’re blinded by it.  I fished in the ocean, in streams and lakes and ponds. I fished from the shore, in boats, in a borrowed rubber raft.  I stood knee-deep in icy streams, fished from damns, spillways, bridges, rocks, protruding logs, and docks. I fished in all kinds of weather, from blistering heat to rain and snow, with my fingers so numb, I could barely feel the line and like a gold miner, crazed by the idea of finding gold, I just fished on.

I’m embarrassed to admit it, but I fell for every gimmick, every tale of a lure that someone else used to hook an 11-pound trout or 40-pound salmon.  l even bought a worm inflator.

It’s exactly what you imagine. A little apparatus with a hollow needlepoint on one end and a rubber fitting on the other end that you put in your mouth to blow air into the worm’s body after you put the worm on the hook.  The whole idea was to add enough air into the worm to cause it to rise above the weeds on the bottom of the lake and kind of bob there as a tempting little morsel for passing fish.

The length of this device, in my opinion, from the point of the needle to the rubber gasket was not long enough. It was only about 3 inches long, with part of its length inserted into the worm and part of it inserted into my mouth, which translates into me spending a whole day in disgustingly close, face-to-worm encounters.  Additionally, the person who sold me this tool (I’m sure she was laughing hysterically at me after I left) failed to explain how to keep air in a worm that has several holes in its body from a fishhook.  The worms would quickly deflate requiring repeated injections of more air.

But I was undaunted, knowing that patience is an important element of successful fishing, so I inflated my worms and patiently floated all over Crane Prairie Lake, Oregon, baking in the sun, in a horribly uncomfortable rented boat, dangling my inflated worm in every corner of the lake.  Nothing!

To add insult to injury and to further my claim to this worst fisherman title, my ineptitude continues to this day.  In the process of writing this article, I discovered that I hadn’t even purchased the best worm inflator, which is probably why the gal that sold it to me was laughing so hard.

To provide you with a link to purchase your own inflator, I checked the internet and discovered that worm inflators are kits.  They come with the needle part, but instead of putting one end in your mouth and looking cross-eyed at the worm that is inches away from your face, the kit comes with a small plastic bottle that is attached to the other end of the needle and you add air into the worm by squeezing the plastic bottle. My inflator just came with the needle.  Now I don’t even know if it was new or used. 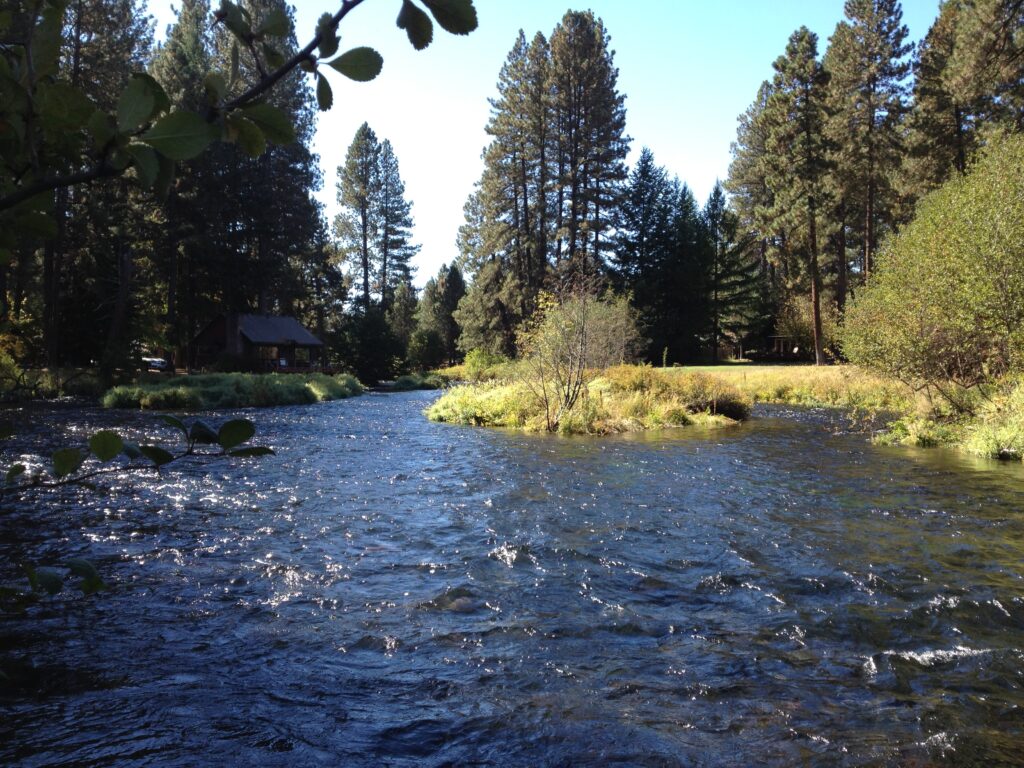 Every river, stream, and lake called to me. Photo by Peggy Dent

Sprinkling tackle in the river

My whole fishing story can be summed up in one word. Nothing. No fish, no bites, no action, no respect from other fishermen, just a lot of way-too-cold or way-too-hot, frustrating attempts to catch fish.  What I had to show for it at the end of the day, at the end of decades of failed fishing trips, wasn’t a stringer of fish, but a lot of lost tackle.

I left tackle everywhere, streams, lakes, ponds estuaries, everywhere.  I used to joke, that I might as well just go sprinkle some tackle in the stream and save myself the frustration of actually losing it one piece at a time.

Even my dog knew I was inept

I stopped one day on the Deschutes River and saw two men walking back to their car each carrying stringers of trout.  Since I was just getting my gear ready to start fishing, I was encouraged by this observation. I walked about a quarter-mile down the river and located the very spot in which they had been fishing.  For several hours, I tried every lure, bait, fly, and combinations of lures and bait, in my tackle box, but I didn’t get one bite.  I even captured a small live frog and tried that as bait but it didn’t work either.

I tried up the river, down the river, and in the river, with the same disappointing result.  My little dog stood knee-deep in the water right beside me, and if she could have talked, I’m sure she would have said, “for heaven’s sake, just give me the gear, I’m a better fisher than you are.”

These tales are just the tip of the iceberg of my demonstrated incompetence. If these were the only examples, I might be able to speculate that the fish just weren’t biting at Crane Prairie Reservoir or that they had stopped biting right when I arrived on the Deschutes, but time and time again I have had these same results, and I’ve been forced to conclude that I’m just a lousy fisherman.

Accompany me on this journey down memory lane, and after you read the next parts in this series, if you don’t come to the same conclusion, then by all means, comment in the box below. At any rate, I hope these fishing stories offer you a tiny diversion from the Coronavirus news, and that you find enjoyment in a little lighthearted humor.

See also: 3 Ways To Get Outside In Solitude