You are here: Home / Blog / Bringing in 2016 at an All Time Low!
This post may contain affiliate links or mention our own products, please check out our disclosure policy here. 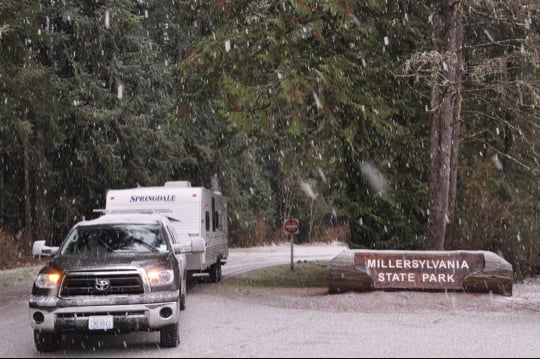 My wife and I, along with some RVing friends, have made New Year`s camping an annual tradition.

Many RVers have time off during the Christmas holidays, providing a great opportunity to spend New Years camping with family and friends who also own RVs. The crowds are non-existent, off-season rates apply and reservations are not required. Many parks across the country offer First Day Hikes offering additional activities to enjoy.

My wife and I, along with some RVing friends, have made New Years camping an annual tradition. We live in Western Washington and are blessed with mild winters where we experience snow and/or sub-freezing weather occasionally and for short periods. Over the years we have camped in various weather conditions that were easily mitigated mainly with a large tarp, some poles and twine. 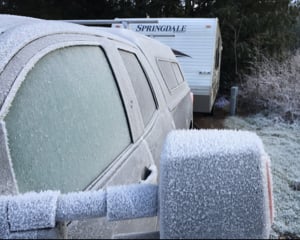 Each day the frost crystals grew thicker, converting our camp into a winter wonderland.

New Years 2016 found us camped at Millersylvania State Park under sunny, blue skies with low temperatures forecasted in the mid 20`s. Fortunately, we were able to obtain two adjacent campsites with water and electric. The electric allowed us to keep our batteries charged and run small electric heaters while the water faucets – equipped with heat tape to keep them from freezing – enabled us to refill our potable water tanks if needed. Our adventure began when the overnight lows, which were expected to be in the 20’s and moderating above freezing into the 30’s during the day, turned out to be lows in the teens and not breaking the freezing mark during the day.

Dressing warm, we enjoyed hiking and geocaching along the seven miles of trails within the park, playing games and socializing around a large fire the balance of the time.Each day the frost crystals on the foliage and RVs grew thicker and more beautiful, converting our camp into a winter wonderland. Our adventure became more interesting when we needed to refill our potable water tank, only to find the heat tape didn’t run up the pipe far enough and the faucet had frozen. This was remedied with use of one of our electric heaters.

Finally, sitting around the campfire on the last day of camping we noticed what we thought was ash falling out of the smoke from the fire. However, we soon realized clouds had rolled in and it was beginning to snow. Checking the weather forecast on my phone revealed a winter-weather advisory had been posted and poor driving conditions were expected. After having a quick lunch, we broke camp hoping to avoid any unfortunate mishaps on the way home. I am thankful to report we made it home safely with only a little slipping and sliding along the way.

New Years camping in the frost and snow provided yet another adventure in RVing. Now, if only our holding tanks and valves would thaw! Next year, give New Years camping a try as the memories will outlast those made sitting around a TV watching bowl games. 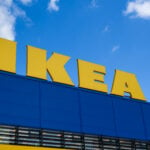 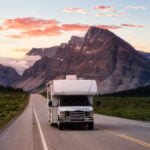 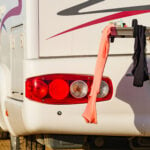 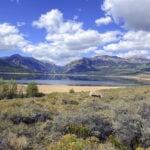