You are here: Home / RV Basics / The Problem With Chalk At Campgrounds
This post may contain affiliate links or mention our own products, please check out our disclosure policy here.

Stimulating creativity in kids is not a bad idea, but doing so with colorful packages of outdoor chalk in an RV park or campground has more downsides than we may realize. Additionally, the use of outdoor chalk does require close supervision, and it always presents a teachable moment. 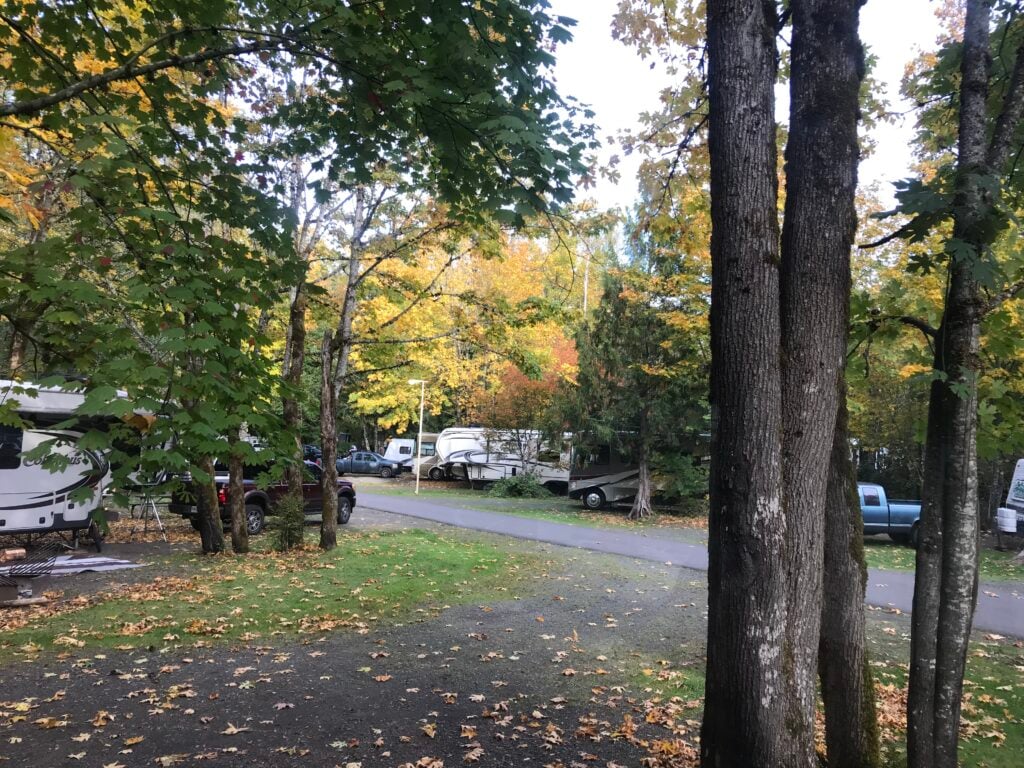 Small children sitting down and drawing in the roadway may be hard to see. Photo by Peggy Dent

We know better than to give kids a package of permanent markers, then let them turn the sides of our RV into a blackboard, and we should show the same restraint with other artistic tools like paint and chalk.  But, I think we apply a different standard of supervision to chalk because we think, “well, no worries, chalk is water-soluble.”

Unsupervised use of chalk can be messy—and dangerous

We may think we don’t have to supervise their play if the only pigment they have to play with is chalk.  But chalk, in little unsupervised hands, can get out of control in a hurry.  One minute they are drawing large abstract figures or hop-scotch squares on our RV pad and the next minute all the surfaces of the picnic table are covered with scribbling and the whole street in front of our RV is grotesquely covered in unidentifiable characters.

Then we realize that our kids had to be crouching in the middle of the street for some time to get that much of the public thoroughly defaced, and with a shudder, we remember watching hurried RVers driving well over the recommended 5 MPH speed limit, as they fly through the park looking for their perfect campsite. It’s certainly not an intentional carelessness. They’ve been driving at 60+ MPH, for hours, and subconsciously they’re acclimated to higher speeds.

With a shudder, we realize, our kids are so small anyway, but squatting or kneeling to draw on the roadway makes them even smaller and to a distracted driver (with dusk settling in around them) they’d look more like a rock or a small animal, than a human.  It concerns me whenever I see kids in the roadways, but when they are distracted by their artistic activities, and they are crouching down unwittingly making themselves smaller and less visible, it is an even bigger concern.

Unfortunately, their art makes the park look trashy and unmaintained.  Park staff work hard to maintain their parks. They rake fallen leaves inside the sites and roadways to keep them clear, just to have our kids deface it all, with an ugly trail of haphazardly drawn figures, words, hopscotch squares, and lots of abstract marking, the meaning of which, only they understand. 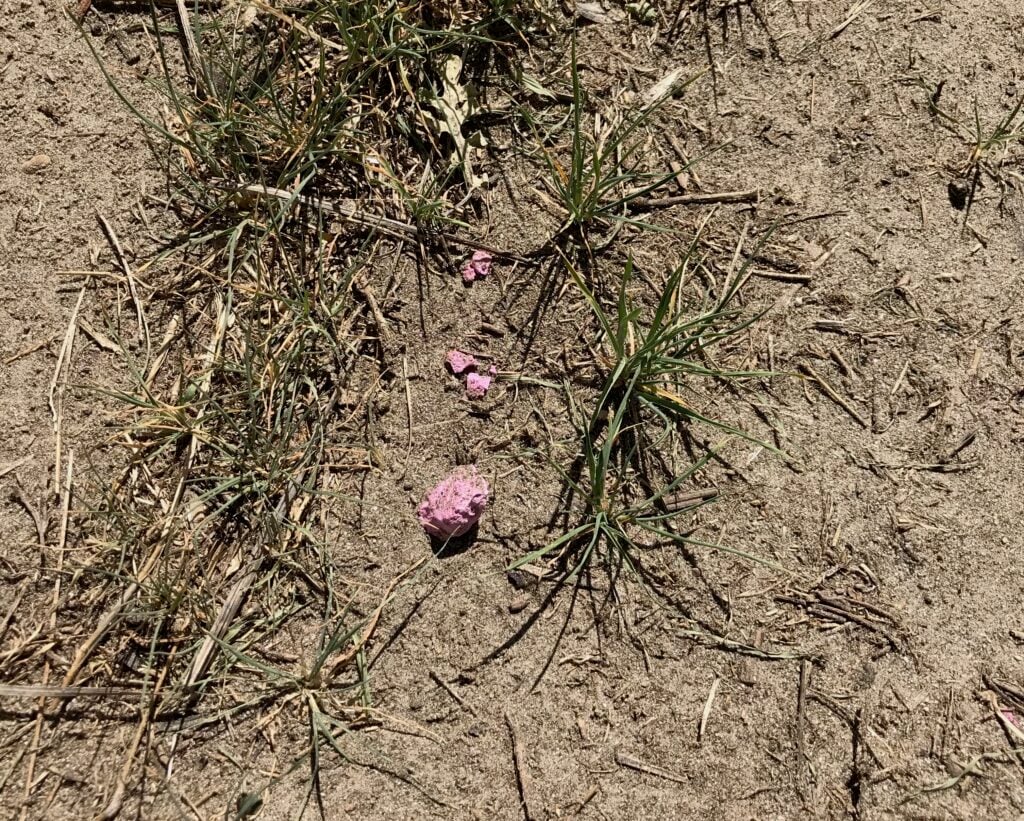 The problem goes beyond the drawings. Another even bigger concern is the broken and crumbling chalk bits that are scattered everywhere. Yes, chalk is water-soluble, but it takes much longer to dissolve than you might imagine. Even heavy rain and brisk traffic on the roadway will not erase this mess or dissolve the bits.

I know this because the kids left a huge swatch of the roadway at Mt. Hood Village RV Resort covered in their “art” and it rained for days afterward, but the markings in the street were still visible.  The only reasonable way to erase this mess is to get a stiff-bristled broom and a hose and get to work, brushing and rinsing it off. 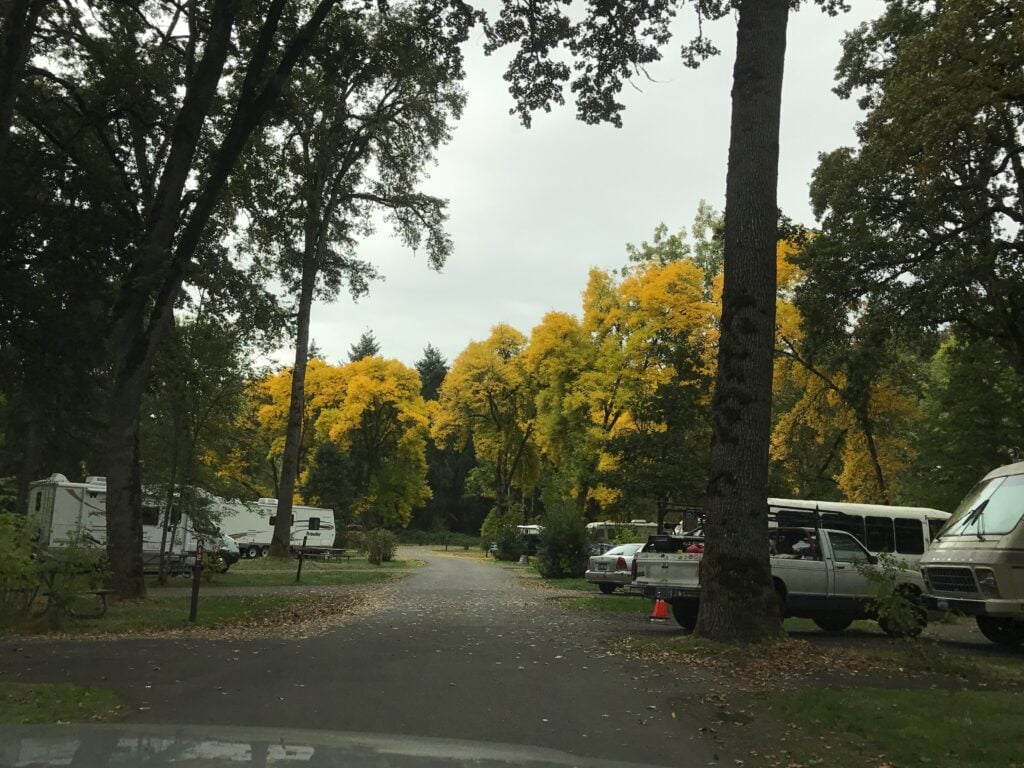 Too lovely to deface with chalk, and too dangerous for kids to be crouching down in the roadway. Photo by Peggy Dent

If we don’t clean it up, not only is it visually unpleasant, the chalk may get stuck to our shoes then tracked into our cars, and tents, and RVs, where it inevitably will be ground into the floor mats and rugs.

It may be water-soluble, but chalk is like honey. Once you get the honey jar out of the cupboard, it seems to instantly be stuck to everything; the kid’s hands, the spoon handle, your jeans, their shirts, the placemats, tabletop, everything.   Honey and chalk are uncontainable.  So even though chalk may not be as damaging as paints or permanent markers, we can’t just disregard it because chalk, as it turns out, creates a much bigger mess than it’s worth. 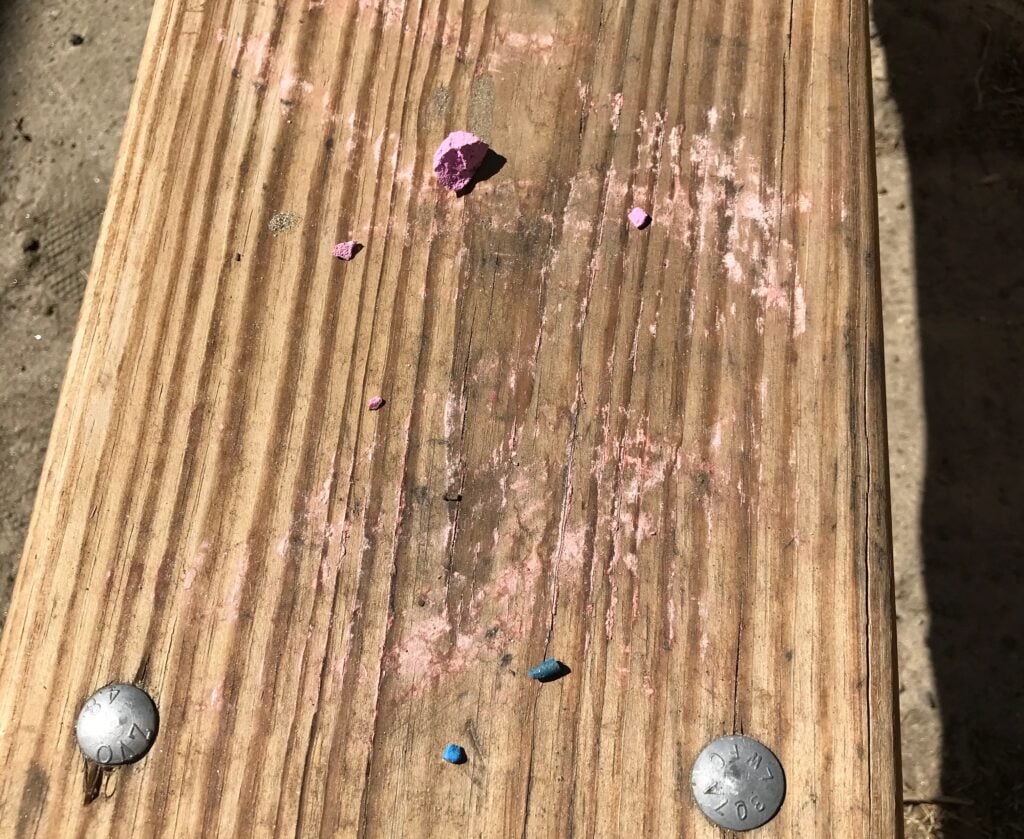 We need to teach our kids that all the chalk has to be cleaned up before we can leave. Photo by Peggy Dent

The upside of chalk, however, is that every time the kids play with it there is a new teachable moment.  When our kids deface a public roadway, or even just our own RV pad, they need to be involved in the process of cleaning it up.  Give the kids the broom and the hose. It will help them realize how hard it is to remove these markings. We need to help them understand that every mark must be completely erased before we can leave our campsite.

If there are chalk bits scattered around the park, the kids should be responsible for picking them up.  After all, we want to teach them not to leave a mess for other campers, and we certainly don’t want to raise up a generation of future taggers.

Maybe the only redeeming quality of outdoor chalk is this lesson, that we can share with our kids about respect for other people’s property, leaving a site cleaner than the way we found it, and the recognition that all our actions have consequences.

Finally, I suspect that after the kids clean up their chalk mess once or twice, they will probably be looking for some paper and crayons the next time they feel like being creative.

Another great solution for kids (and creative adults) is the Buddha Board, which only requires water.

See also: Basic Etiquette That Every RVer Needs To Know 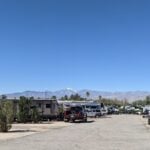 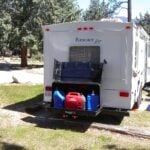