You are here: Home / Blog / The Once Prosperous Town of Coolidge, MT
This post may contain affiliate links or mention our own products, please check out our disclosure policy here. 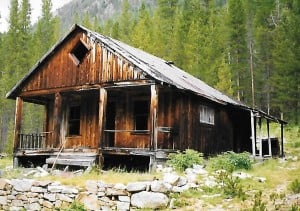 One of The better cabins in Coolidge

This week in our continuing RV trek through western Montana mining history we will visit the ghost town of Coolidge.

In 1872, mining began in what became known as the Elkhorn Mining District when rich veins of silver were discovered in the Pioneer Mountains. The claim was called the “Old Elkhorn” compliments of a pair of shed elk antlers found near the strike. Typical of early western mining operations, mining was slow to develop due to lack of inexpensive and reliable transportation from the mines to refineries. The silver crash of 1893 didn’t help either.

By 1903 silver prices had recovered enough to interest those with the financial means to develop the mines and the transportation required to make the operation profitable. Plans were devised, capital raised and claims were consolidated. In 1913, the Boston Montana Mining Company was formed by William Allen breathing life into the Elkhorn Mine. The next year the town of Coolidge was born, named after one of Allen’s friends, Calvin Coolidge who would become President of the United States in 1923. The new town thrived with modern amenities, including running water, telephone, an ice house and electricity. Construction of the sorely needed railroad was started in 1917 and completed the next year at a cost of $1.5 million. It is worth noting that the rail line was the last narrow gauge railroad built in the United States. 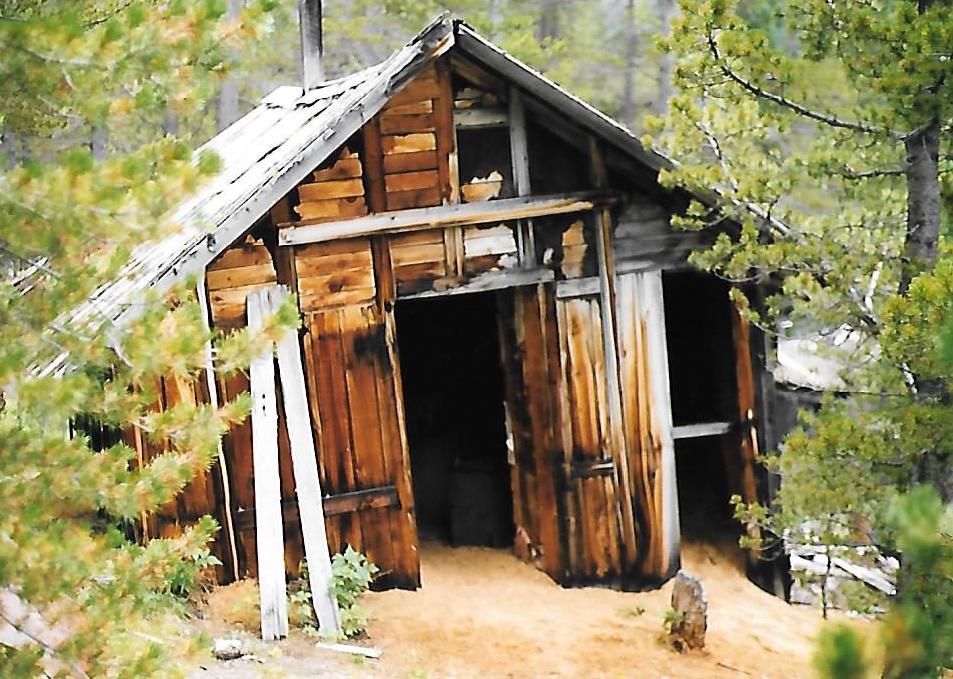 An ice house in Coolidge.

In 1919 a large workforce of men moved to Coolidge when work started on a mill to process the ore from the mine. To feed and house the new arrivals, a boarding house and restaurant were constructed, as well as a company store that provided an extensive selection of groceries and dry goods to the growing town’s residents. Unlike most western mining towns, Coolidge never had a saloon or a church. In January 1922, the Coolidge post office was established along with completion of the mill which covered nearly two acres making it the largest mill in Montana at that time in history.

Sadly, by the time the town and mining operations had been fully developed, it was already on its way to becoming a ghost town as silver prices plummeted and the national economy slowed. The mine continued to operate through 1927 until a dam failure wiped out 12 miles of rail line and several bridges. Without a way to efficiently transport ore, operations were suspended. Out-of-work miners and their families quickly began moving away, the school closed and businesses were shuttered further pushing Coolidge towards ghost town status.

By 1930 the railroad was repaired, however with the country falling into the Great Depression. Silver prices were so low the mine could not be probfitable. The majority of those remaining moved away, followed by the post office closing in 1932 completing the boom-to-bust cycle and creating another Montana ghost town. 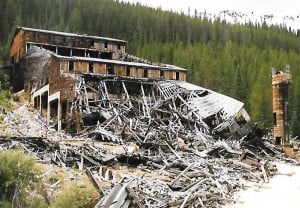 The Huge Coolidge Mill in 1998

When you go: Dozens of buildings still stand in Coolidge, but were quickly succumbing to the elements. The lower mill was torn down in the late 1990s (the picture at right was taken in the summer of 1998), but part of the upper mill remains, which we will visit in next week’s installment.

To get there: Head south on I-15 from Butte exiting on State Highway 43. Travel west on Hwy 43 to the small town of Wise River. Head south on paved National Forest Road 73, which is part of the Pioneer Mountains Scenic Byway to Old Polaris Road, then southeast on dirt Old Polaris Road to the parking area located at: N45° 30.062 W113° 02.592 From the parking area it is about a half mile walk to the Coolidge site.

Camping: Little Joe Campground operated by the USFS is located on the paved Wise River Road on your way to Coolidge and is the closest RV friendly campground to the ghost town.