You are here: Home / Blog / Great Escapes: McLoughlin House
This post may contain affiliate links or mention our own products, please check out our disclosure policy here. 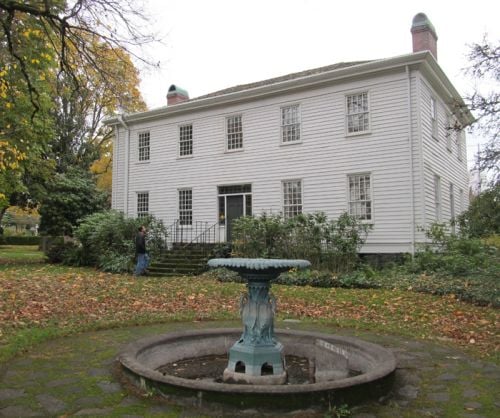 John McLoughlin wore many hats during his eventful 72-years— doctor, superintendent of trade for a large fur company, philanthropist, businessman, friend to the Indians, but most importantly, “the Father of Oregon.”  To tour the home he shared with his wife Marguerite from 1846 until his death in 1857, head to Oregon City, Oregon. Guided tours are FREE and take about 45 minutes. The city itself marks the end of the Oregon Trail, so it’s quite fitting that McLoughlin retired here after helping hundreds of early pioneers get established in the Willamette Valley. The graves of he and his wife are also on the property. The home is original, as are most of the furnishings, but the site is not. The house was moved to its present location around 1910 and then opened as a museum.  You can also tour the home of his associate, Dr. Forbes Barclay, which is located next door.

Born in Quebec, Canada and trained as a physician for a fur trading company that eventually merged with the Hudson’s Bay Company, John McLoughlin was sent to Oregon Country by the British in 1821. His mission was to establish Fort Vancouver (in Washington state), open up new trapping routes, keep peace with the Indians by including them in the fur trade, and promoting agriculture. Since the British intended to own the Pacific Northwest, an area back then about one fifth of the size of the USA today, they needed an ambassador to set things in motion. McLoughlin was successful and made quite a bit of money for himself, too. But as demand for beaver hats diminished and wagon trains of pioneers began arriving in Oregon in 1842, McLoughlin became more interested in promoting economic prosperity for a territory he had helped establish. This caused him to fall out of favor with his employer. Helping Americans settle the land by extending them credit for food and farm tools was contrary to British goals. More American settlers meant the British would never control the West. 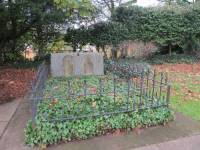 In 1845, McLoughlin was forced to retire from the Hudson’s Bay Company, and built a two-story home for his wife and a grown daughter and her family who also lived there. Although the house is not much to look at by today’s standards, it was considered a mansion back then compared to the crude cabins and tents lived in by most emigrants. The McLoughlin House was known for its welcoming hospitality, and Marguerite McLoughlin was thought of as “one of the kindest women in the world.” Just about anyone passing through Oregon City who needed a bed was invited to stay. It’s fortunate that much of the family’s original china and furniture are still on display. John’s rather large rocking chair, which was built to suit his tall lanky frame, is still in place. In 1941, the McLoughlin House was designated by Congress as a National Historic Site (the first in the West). It was added to the National Park System in 2003, as a unit of Fort Vancouver National Historic Site. 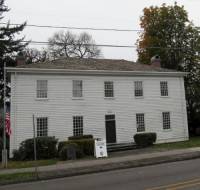 Open limited hours and days. Call for information on FREE tours (503) 656-5146. No photography allowed inside the McLoughlin House.