You are here: Home / Great RVing Destinations / Go RVing in Japan
This post may contain affiliate links or mention our own products, please check out our disclosure policy here.

Camping in Japan seems like an unbelievable concept to the average Westerner but did you know that renting a RV is one of the more affordable ways to explore Japan’s lush countryside and hidden tourist gems? 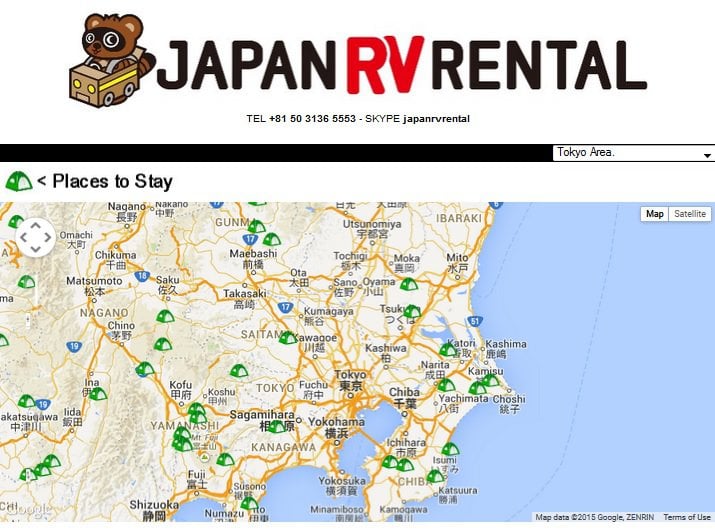 If the number of Japanese camping car shows are any indication, the popularity of exploring Japan by recreational vehicle is a growing phenomena among citizens. In America and Europe, homes on wheels are known as “RVs” but in Japan these tiny rolling houses are called “Camper Cars.”

Made by well-known companies like Toyota, Nissan and Subaru, camper cars come in many different sizes and configurations that make exploring Japan by RV an affordable alternative to staying in hotels and hostels. Here are some examples of popular Japanese RVs:

At 4.6 m (15′) long, the The Bongo Camper Van is considered a “mid size“ recreational vehicle because it sleeps up to five people and can seat up to eight. The seats fold flat into a bed, has a push-button roof and a heater for winter camping. 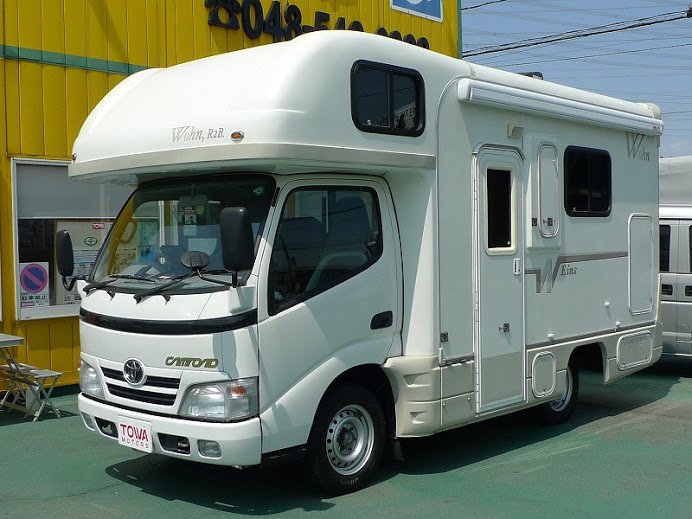 The Toyota Camroid is about as big as they come in Japan. Measuring a whopping 5 m (16′) long, this Japanese RV sleeps up to six campers. It features a kitchen with table, refrigerator, sink and gas stove along with a toilet.

These tiny Japanese RVs are exceptionally small when compared to RVs found in the United States, and even smaller than their European counterparts. The reason is simple: Japan’s roads are so narrow that vehicles longer than 16′ are illegal in the country. Regardless, camper car rentals are still a fun, frugal choice for seeing rural Japan. Since they are considered ordinary vehicles, camping cars can stay in the same lots as any other automobile without worrying about parking tickets.

Where to Go RVing in Japan

To enjoy your RV without parking and traffic hassles you’ll need to head out to the countryside to Japan’s version of RV parks and rest areas. If you want to explore during summer months, reservations are practically mandatory as most of Japan goes on vacation between July 20 and August 15. The National Camping Association of Japan lists thousands of public and private campgrounds and RV parks around the country as well the Japan RV Rental website. 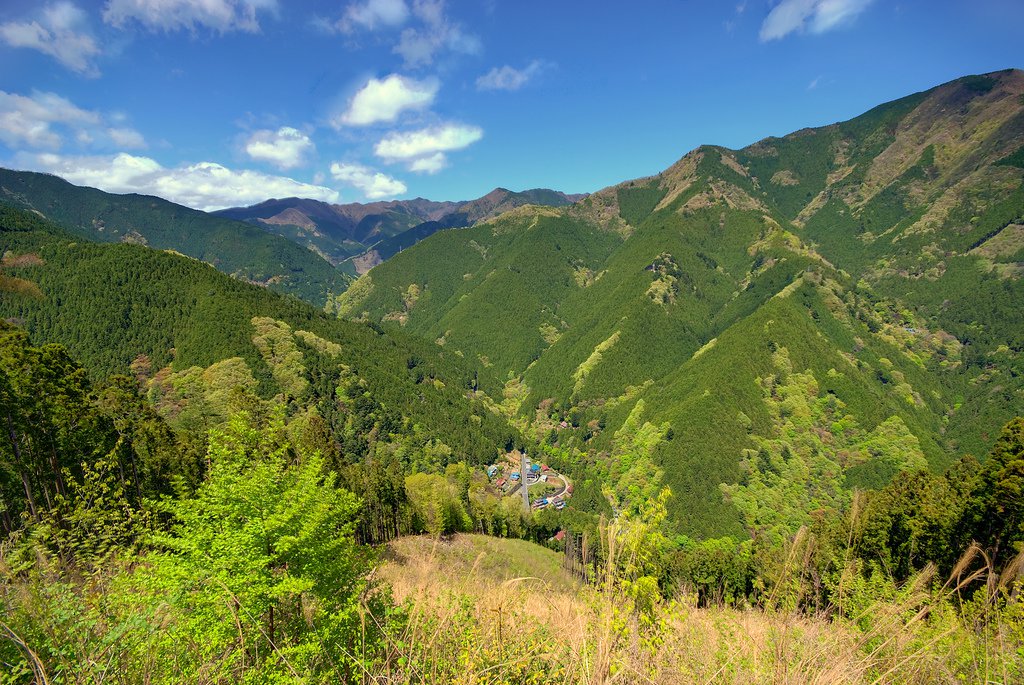 Auto-Camp-Jo. Japanese for RV Park, Caravan Park, Campground.
These privately owned campgrounds feature most of the same facilities you’re used to in America and Europe: parking areas, electrical hookups, restroom facilities and laundromats. They tend to cost about the same as American RV parks. Prices range from 3000 to 6000 yen per night, about $35 to $70, making them a real bargain compared to Japanese hotels.

Some free parking areas without facilities are located along the beaches and tourist areas and it’s OK to camp overnight in these designated spots. However unlike in America where “stealth camping” practices are usually overlooked by authorities, camper cars and other vehicles are prohibited from parking on any of Japan’s public street. Anyone dumb enough to do it can be slapped with a parking fine as high as 35,000 Japanese yen or $288 US dollars!

How to Rent a Camper Car in Japan

Camper car rentals are springing up throughout the country and you can expect to pay anywhere from $70 USD per day during the high season for the smallest camper cars, to $200 per day for a motorhome.

One Tokyo-based company, Japan Campers, has an English-friendly website with everything you need to know about renting a RV in Japan. The “Useful Info” section of their website features helpful driving tips for getting used to Japan’s driving rules and regulations.