You are here: Home / Top Stories / How to Stay Legal When RVing with Marijuana in Canada
This post may contain affiliate links or mention our own products, please check out our disclosure policy here.

Canadians made pot legal at the federal level, but that still doesn’t mean RVing with marijuana in Canada is a joy ride. Many important rules apply when you’re carrying cannabis on board.

How to Go RVing with Marijuana in Canada 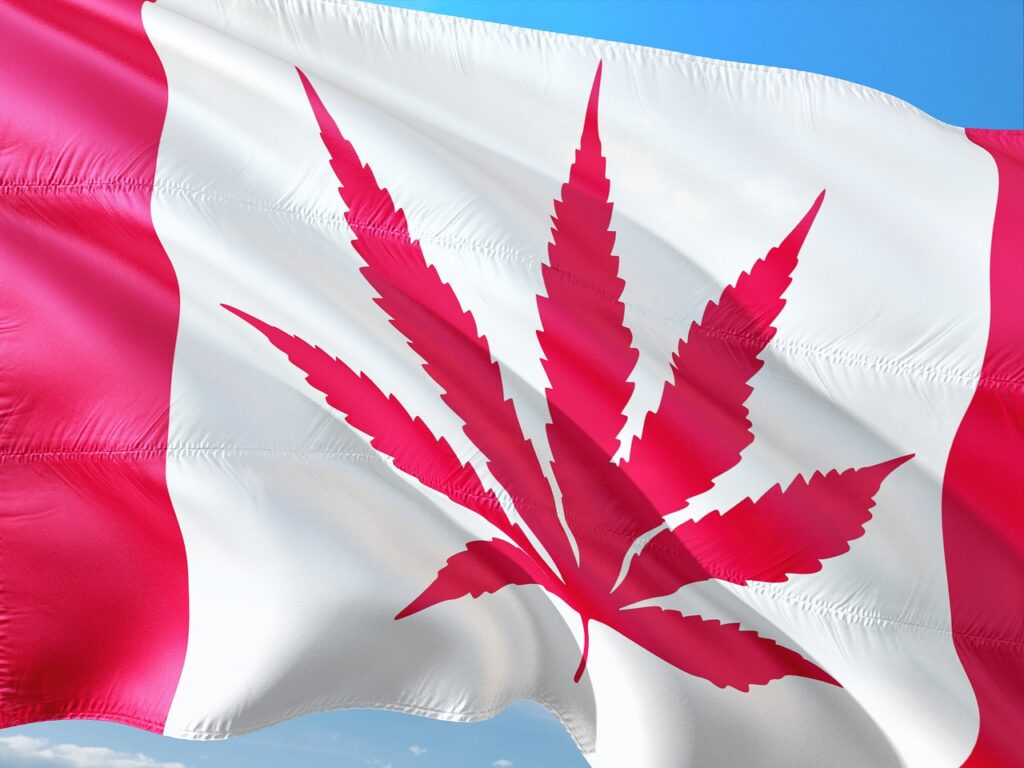 In 2018 the Canadian Cannabis Act set the national ground rules for legalized production, distribution, sale and use of cannabis products. Today, any adult over 18 can legally buy, possess, grow and share cannabis with other adults. But, Canada’s provincial and territorial governments have the right to override these rules however they see fit.

Don’t assume what’s legal in one place legal in the other. Here’s what you need to know about RVing with marijuana in Canada.

First, you’ve gotta ditch your stash before you get to the international border.

Whether you’re coming or going between Canada and the U.S., transporting weed in your RV across international borders is completely illegal, even if you are crossing in a state where cannabis is legal, such as Washington.

“This applies to cannabis or any product containing cannabis or even if the intended use is for medical purposes. Those who do can face serious criminal penalties, such as fines or even jail time, even if unintentional,” said immigration attorney Scott Bettridge in an interview with Forbes.com.

Then you’ve gotta know where pot use is legal.

Once you get through customs you’ll find that when you go RVing with marijuana in Canada’s provinces and territories, you’ll encounter a puzzling patchwork of laws that differ from place to place. For example:

The good news for RVers is that many Canadian cannabis laws state that a recreational vehicle is considered a “temporary residence.” So go ahead and take your pot from place to place in your rig. Just don’t drive stoned.

And remember that in most territories you need to transport marijuana in a sealed container away from vehicle occupants. Alberta and Quebec are the exception.

Finally, carefully choose where you decide to camp with cannabis

Once you arrive at a campground, it’s important to understand the cannabis regulations. Authorities treat it much like alcohol and many of the same usage rules apply. For example:

Private campgrounds and resorts can write their own cannabis rules. If they don’t explicitly state them on your check-in materials, it’s your responsibility to ask if you intend to consume marijuana on their property.

The Parks Canada Agency (similar to the U.S. National Parks Service), has a general rule that says campers can enjoy cannabis at campgrounds in all provinces and territories. But you can only consume in your campsite and definitely not in common areas. Avoid lighting up in playgrounds, kitchen shelters, washrooms, trails, or roads.

However, each province, territory, or municipality can enforce their own cannabis laws if they have a Parks Canada campground under their jurisdiction. Some allow cannabis consumption in places like park trails and in the backcountry, some do not.