You are here: Home / Blog / Use GPS Technology to Improve your Game
This post may contain affiliate links or mention our own products, please check out our disclosure policy here. 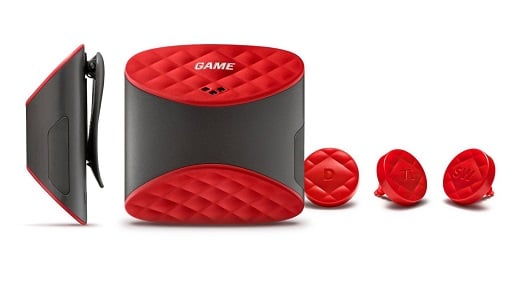 Regardless of handicap or skill level, every golfer wants to improve their game and technology continues to play a significant role, whether it’s for the weekend hack or seasoned professional.

One of the best ways for improvement is through tracking your progress. A few years ago, a product called Game Golf was on display at the PGA Merchandise Show in Orlando, FL.

Since its introduction, Game Golf officials continue to refine this system to track shot performance. Game Golf uses GPS and NFC technology to track a golfer’s location on the course. It also tracks every club that is in play  during a round. NFC technology enables simple and safe two-way interactions between electronic devices like the Game Golf device and the accompanying tags that fit on the end of each club.

How this Technology Works

Creator John McGuire explains how Game Golf works. The golfer affixes a tag into the butt of each club. Then, while wearing the small Game Golf device on the waist, golfers can record every shot of every club. At the end of play, the golfer syncs the device to a computer. Game Golf then displays the rounds on a map for post round review. The summary reveals total score, fairway accuracy, and greens-in-regulation. The system even relays approach shot accuracy, scramble percentage, sand saves, putts, and average club distance.

Additionally, the concept of The Game Golf Tracking App is to get more golfers to learn more about their game. The app can be put in play just before teeing off. The app provides golfers with an aerial view of each hole, as well as distances to key locations. Golfers can also tag each shot by selecting the club used.

Game Golf has partnerships with the PGA of America and Golf Channel. Its approved for use in tournaments as permitted under the Rules of Golf by the R&A and USGA (when used without the app). To date, McGuire says that the Game Golf has more than 33,000 courses mapped. Its also used in more than 125 countries.

Game Golf is part of the wearable technology that seems to improve not only the game, but golfers as well. It retails for around $200.