You are here: Home / Blog / Explore The Mines of Vipond, Montana
This post may contain affiliate links or mention our own products, please check out our disclosure policy here. 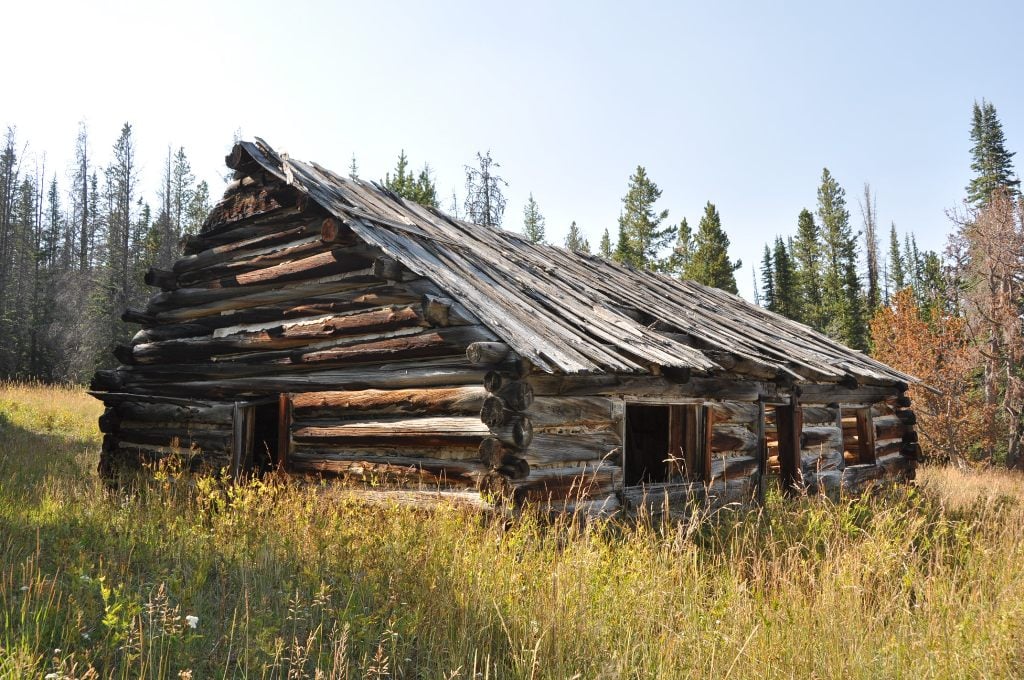 Large structure – Part of Queen of the Hills Mine

Over the past several weeks, we have been exploring Montana’s East Pioneer Mountains. In a couple of the entries I made a references to Vipond, MT. This week we will explore the scenic 8,000-foot high plateau known as Vipond Park and all of its secret places.

First a little history. Vipond Park and the mining district that followed were named after the Vipond brothers who settled in the area in 1868. In April of that year John Vipond filed the first mining claim in the area. His brothers soon joined in prospecting the area and discovered what would become the Gray Jockey mine the next year. During the ensuing years, the Gray Jockey mine and mill yielded 22,789 ounces of silver from 2,161 tons of ore taken from the mine. The remains of the Gray Jockey are one of the few ruins visible from the Quartz Hill Road. 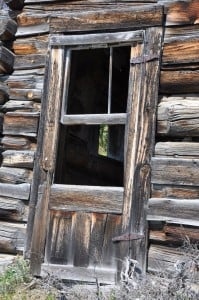 Other notable mining properties in the area that were discovered and mined in the late 1800’s include:

The Queen of the Hills mine, which employed about 50 men to develop a producing gold mine and construct a 10-stamp mill at the site. In the early 1900’s the mine and mill traded hands, more improvements were made, but little if any profitable ore was mined. The area around the Queen of the Hills contains the largest amount of ruins in the area. 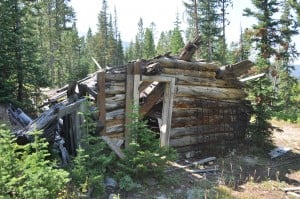 Cabin at the Old Faithful Mine

The Old Faithful mine was probably the largest producer in Vipond. It produced a total of 1,037 tons of ore, yielding 69,512 pounds of lead, 6700 pounds of zinc, 2582 pounds of copper, 1576 ounces of silver and 268 ounces of gold. Judging by the newer ruins at the site, it looks like mining attempts occurred here until the late 1960’s or early 1970’s. Tableware still sits on the counters and canned goods are  in the cupboards in one old cabin. 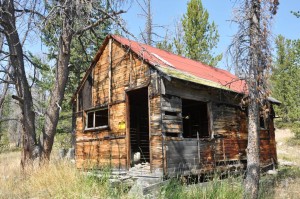 The Keystone Mine contains a couple of old cabins located on a hill above several collapsed mine openings. I wasn’t unable to find any historical production data on the mine, but it appears it was mined in the 1880’s and again as late as the 1930’s Learn more about the Keystone claim here.

I hope you have enjoyed our adventures through the East Pioneer Mountains of Montana over the past few weeks and are able to explore this area for yourself in the near future.

Ghost town books and websites will make reference to Vipond as if a centralized town once existed. From my research and visiting the area, Vipond was never a town, but more of a settled area, so don’t expect to find a main street with abandoned buildings lining the sides. What you will find are scattered ruins hidden off side roads in a very scenic forest setting.

With that said, those that desire to seek out the ghosts of Vipond Park should have a good map, GPS navigation, good wayfinding skills and an appropriate vehicle for traveling old mining roads.

Coordinates of the mines listed above: