You are here: Home / Top Stories / A Look at Camping and the Effects of COVID-19
This post may contain affiliate links or mention our own products, please check out our disclosure policy here.

by Rene Agredano
May 19, 2020Filed under:
Table of Contents show
Study Examines Camping and the Effects of COVID-19
What will camping look like during COVID-19?
They’ll Camp Closer to Home, in Smaller Groups
2020 campers also want COVID-19 precautions in place
And RV sales will probably explode

We’re all itching to get on the road again, and a new KOA report, Camping and the Effects of COVID-19, shows how and when North America’s outdoorsy lifestyle will resume.

Study Examines Camping and the Effects of COVID-19 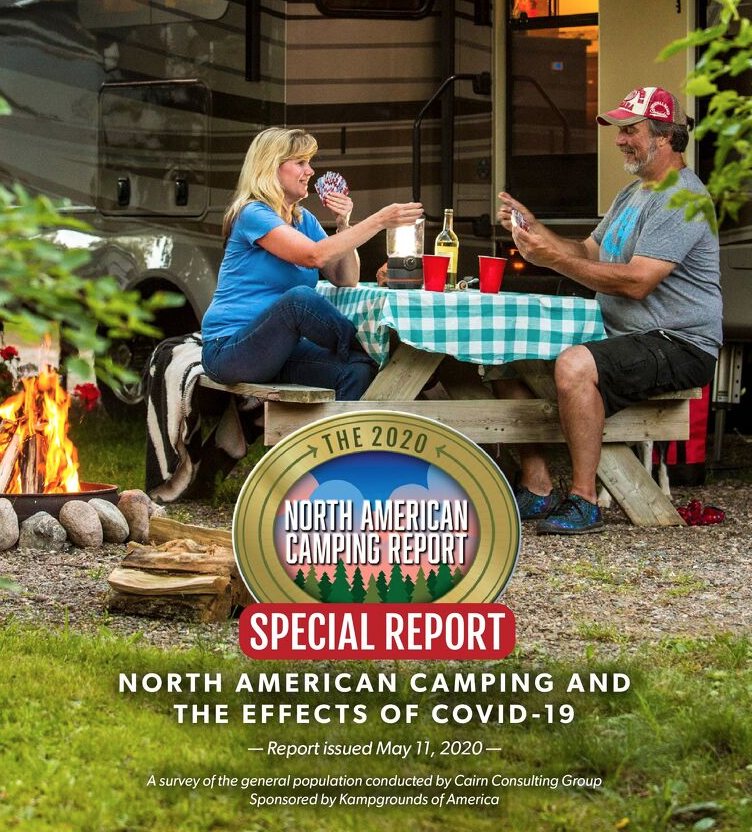 Camping is going to be more popular than ever if survey results from a special edition of the annual KOA North American Camping are correct. The COVID-19 pandemic has changed the travel landscape as we know it.

Domestic camping will be the first to see how these changes play out. For example, before the pandemic, only 11% of leisure travel trips were camping adventures. That number is expected to grow to 16% by the end of the year, according to 4500 North American campers surveyed in the U.S. and Canada.

The KOA special report survey was conducted between April 27-30, 2020. KOA conducted it to get a feel for North American leisure travelers’ current perspectives on camping. According to KOA, “This new research shows the camping industry may rebound sooner than other forms of travel, and may even gain strength later in the year, due to its consideration as a safe way to resume travel among COVID-19 health precautions.”

Graphic: The COVID-19 edition of the North American Camping Report by Kampgrounds of America.

The KOA report revealed key findings about RVing and tenters’ travel plans for the coming season. This is what their responses revealed:

COVID-19 isn’t stopping experienced campers. Half of survey respondents say they believe camping is still the safest way to travel, once restrictions are lifted.

Camping has got the attention of people who have never considered it before. One third of leisure travelers say they are now interested in taking an outdoorsy vacation. About 19% want to go RVing, 21% will sleep in a tent and the remainder will rent a cabin. Their reasons include:

Full-time RVing is more appealing than ever. Apparently, many experienced campers now believe the full-time RV life might be for them. About four out of ten people (39% of respondents) say they are interested in becoming a full-time RVer, whether that’s in a traditional rig or living the van life.

Graphic: The COVID-19 edition of the North American Camping Report by Kampgrounds of America.

As more states lift COVID-19 camping restrictions, many campgrounds across the U.S. are opening for the season, but on a limited basis. Private campgrounds are opening faster than public ones, but nearly all are limiting occupancy to at least half of available sites. New and experienced campers who plan hitting the road report that they will stay in open campgrounds near their homes:

People want to feel the freedom of the road again, but they want to do it safely. According to the survey: 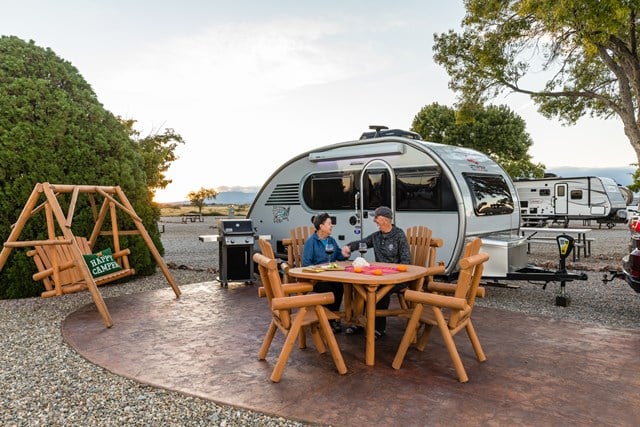 More campers than ever will hit the road post-pandemic. Image: Kampgrounds of America

And RV sales will probably explode

If the survey is right, the RV industry will rebound equally as fast as camping travel. People are understandably nervous about using public restrooms and showers in campgrounds, and more than half of survey respondents say they are “somewhat” or “very likely” to consider purchasing an RV this year. GenXers and Millenials were the most enthusiastic potential buyers.

The future of camping is looking brighter than many segments of the economy. “Getting outside is more important to people than ever. People are anxious to get outside, they see the health benefits, there’s mental benefits, there’s physical benefits to being outside, and I think people are realizing that, now that we’ve been in this interesting state for the past eight weeks,” says Toby O’Rourke, President and Chief Executive Officer (CEO) of KOA, in this interview with National Parks Traveler.

O’Rourke goes on to explain KOA’s re-opening philosophy during the pandemic. “We want to be good partners in our community in fighting Coronavirus. We want to respect people’s desire to engage and to travel, so we’re tiptoeing cautiously. We would love to see parks open and we want to host people when they’re ready to travel and when the government feels its appropriate for them to travel.”