You are here: Home / Top Stories / Insanely Low Gas Prices Mean Cheap RV Road Trips For Everyone
This post may contain affiliate links or mention our own products, please check out our disclosure policy here.

It might come as a shock to some people, but the U.S. government was wrong again. This summer, U.S. drivers will enjoy more cash in their pockets to fuel cheap RV road trips at historically low summer gas prices. Start making your plans now while prices keep falling.

Drivers will be paying less per gallon than in 2005. 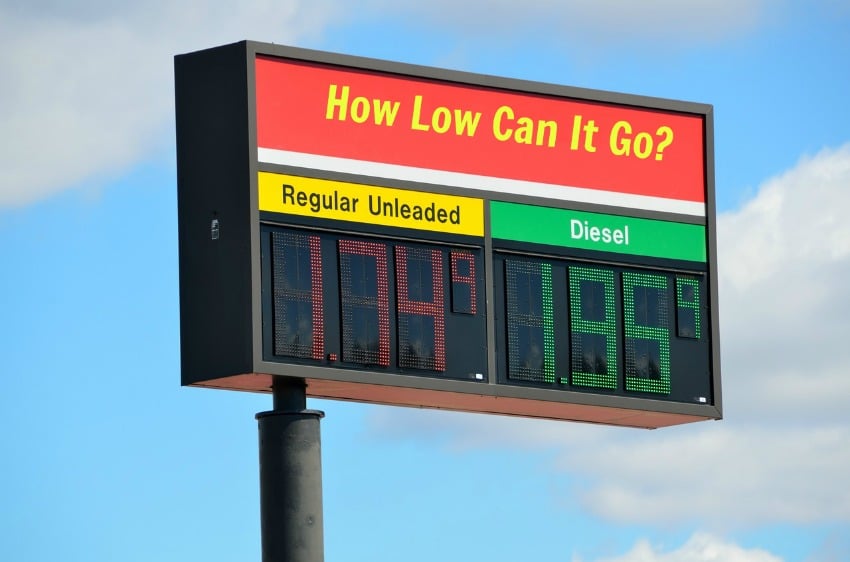 In a few weeks RVers may see these pump prices. Image: Pixabay

In spring, RV Life reported that the gas pump party was over based on the latest U.S. Energy Information Administration gas price forecasts. The experts predicted that U.S. regular gasoline retail prices would climb to about $2.46/gallon (gal) this summer. But today you wouldn’t know that petroleum experts made this prediction. Unless you haven’t filled up your tank lately, you know their guesses were totally wrong.

Current gas prices are the lowest in twelve years according to CNN Money. Every day since June 2, gas prices have dropped a few cents a day, according to the experts at the American Automobile Association (AAA). CNN reported that for the first time this century, prices at the pump could be cheaper over the July 4 holiday weekend than during the previous Christmas and New Year.

“At the beginning of the year, I would have bet against you if you’d have said gas prices this summer could be lower than last year – which saw the cheapest summer average since 2005. With OPEC’s production cut in November, such a prediction seemed next to impossible, but the resiliency of U.S. shale production has indeed surprised,” said Patrick DeHaan, GasBuddy senior petroleum analyst in a press release. 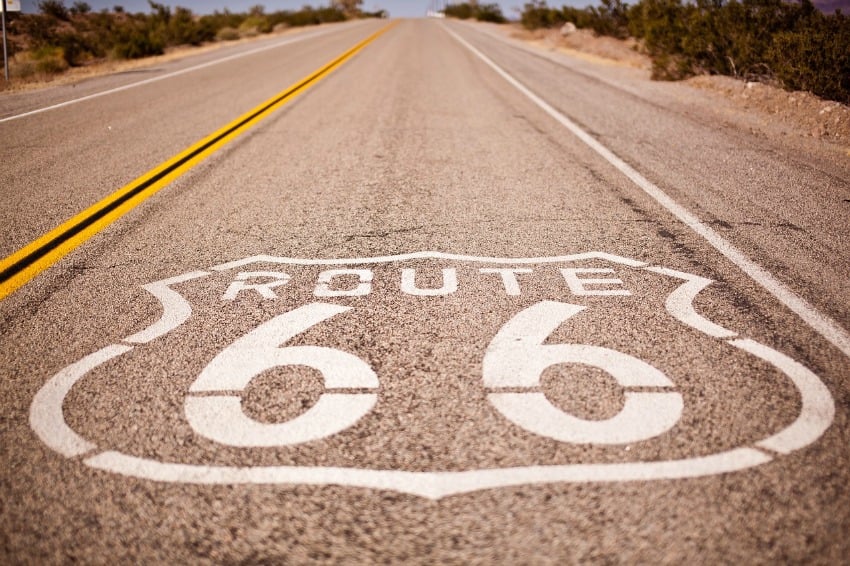 Get your kicks with cheap gas!

The experts at GasBuddy say that 21 states are enjoying the lowest prices. If you haven’t planned a vacation yet, consider taking at least a few cheap RV road trips in these top five places with rock-bottom gas prices:

Go RVing back in time through Ohio Amish Country and revel in paying 26 cents less per gallon than last summer.

Take your RV on a time machine trip down Route 66 in Illinois then kick up your heels: drivers are paying 25 cents less per gallon at the pump than last year.

Every RVer needs to make a pilgrimage to the RV/MH Hall of Fame in Elkhart. Roll into town with your own RV legend and you’ll love saving 20 cents less over last year’s gas prices.

Do you imbibe in adult beverages? Get on the Kentucky Bourbon Trail and you can pocket an extra 16 cents per gallon to put toward the finest craft bourbon in the world.

The blissfully cool Upper Peninsula woods are not to be missed in the heat of summer. You’ll see a price drop of 13 cents from this time last year when you camp and golf in the U.P.

Get on the road and kick off your 2017 cheap summer road trips soon. When it comes to predicting the future of gas prices for RVers and drivers in general, there’s no telling when the good times will end. Prices are falling past $2 per gallon and could drop even more before Labor Day say experts.