You are here: Home / Columns / On the Road for Good / Three Critical Dry Camping Tips New RVers Must Know
This post may contain affiliate links or mention our own products, please check out our disclosure policy here.

Their first RV dry camping experience wasn’t as dramatic as an episode of “Survivor.” But when Cija and Dave’s Lake Mead National Recreation Area adventure endeavor ended, the Oregon couple learned more than they expected about living in a self-contained RV. After two weeks in the desert, they summed it up in three critical desert camping tips for new RVers. 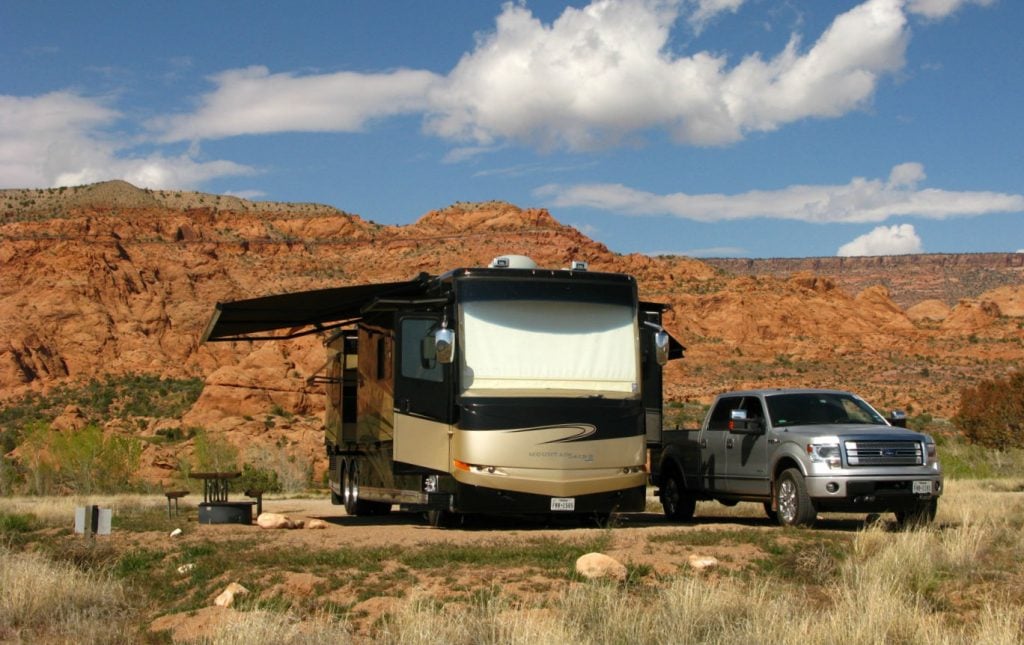 iRV2.com member Scottybdivin captured this dry camping image in Moab, UT. Being prepared and understanding your RV systems are vital when camping “unplugged.”

After selling their home in Portland, Cija and Dave lived in their RV for almost a year. While hooked up to shore power, they renovated the motorhome until it was time to head south for the winter in October 2016. Just a few weeks later, the couple unplugged for the first time. The couple quickly became well-acquainted with the limits of their RV’s holding tanks, batteries and propane capacity. Desert boondocking or dry camping does present some challenges that’s easy to overcome with preparation. They quickly discovered that new RVers who want to try dry camping should:

1. Live off your tanks and batteries before trying dry camping

Until they dry camped for the first time, they didn’t have a baseline measurement of their RV’s limitations.

“We hadn’t even lived off our tanks yet, or batteries,” says Dave. “So if somebody’s thinking of doing this, I would recommend to hook it up and test all of the systems beforehand.”

2. Choose to camp near a dump station (and civilization)

Their first dry camping location was about 30 minutes from civilization. They didn’t know it at the time, but later realized that spot was ideal. When they ran out of propane, they quickly found a place to get it.

“You have to be much more conscious of your resources, like food and water, which are the things you rely in a home,” says Cija. “You have to plan that out much better because everything becomes a big journey.”

Although it was convenient to be near civilization, their propane and grocery trips ate up several hours. When camping in more remote locations, it’s vital to plan accordingly.

Wrapping your brain around AC and DC power concepts is essential. Even if your eyes glaze over when some RVers geek out over basic electrical theory, the couple recommends having a grasp of the subject.

“People want to use all the same amenities that they do when they’re plugged up to shore power,” says Cija. “You can do that, but it’s going to suck everything dry and you’re not going to have any electricity to even have hot water or turn a light on.”All of that made no sense to me (before dry camping).”

Managing 12 volts can be difficult. It wasn’t until they encountered battery voltage challenges that AC/DC power theory finally clicked in her mind. Her comfort level increased once she understood what they could and couldn’t use on their house batteries. That knowledge saved their batteries from serious damage. 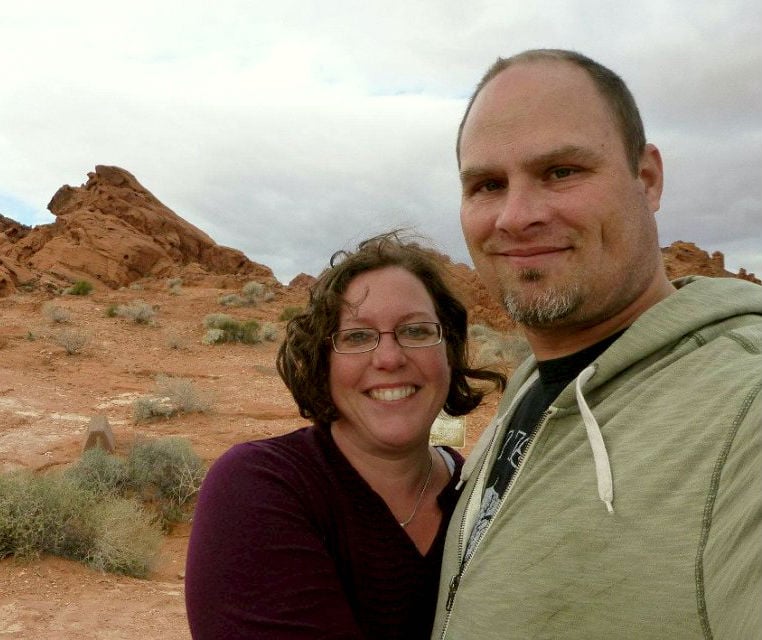 In the end, the couple accomplished what they set out to do. Today, Cija and Dave know what it takes to live off their 75-gallon fresh water, 60-gallon gray and 40-gallon black tank. They’ll probably build onto their basic 45-watt solar electric power panel (and its also important to learn rv solar power pros and cons). But since they they’ve acquired these desert dry camping tips, they agree that some dry camping is in their future.

“I didn’t expect to enjoy my solitude as much out there,” says Dave. “I think if we had the power issues resolved, we could do a week without as much stress as we had.”