You are here: Home / Great RVing Destinations / You’ll Want To See This National Monument’s Ancient Rock Formations
This post may contain affiliate links or mention our own products, please check out our disclosure policy here.

The Santa Fe, New Mexico area offers a multitude of cultural and scenic attractions for RVers.  One of the more scenic areas to explore is Kasha-Katuwe Tent Rocks National Monument, located about 40 miles west of Santa Fe near the Pueblo de Cochiti, a historic pueblo of the Cochiti people.

Kasha-Katuwe, or “White Cliffs” Tent Rocks is a sacred area to the Puebloans.  Archeological evidence shows that ancient people have inhabited the area for the past 4,000 years. 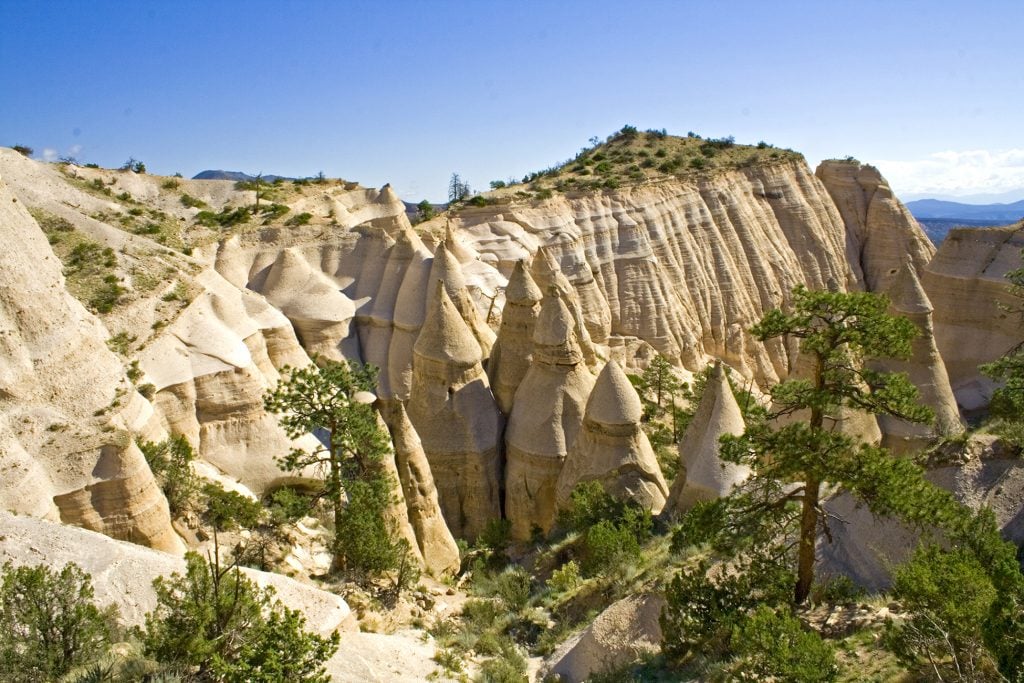 The unique geologic formations originated between 7 million years to 1.25 million years ago when the Jemez Volcanic Field erupted in violent explosions resulting in pyroclastic flows. A dense and destructive “avalanche” of very hot ash, lava fragments, and gasses ejected from a volcanic eruption and flowing downslope at high speeds, sometimes reaching upwards of 400 miles per hour.

This volcanic debris later settled and cooled into geologic formations containing pumice, ash, and glass shards known as ignimbrites.  These deposits are over 1,000 feet thick.  Geologists have determined that about 35 unique volcanic eruptions are recorded in the strata around Tent Rocks. 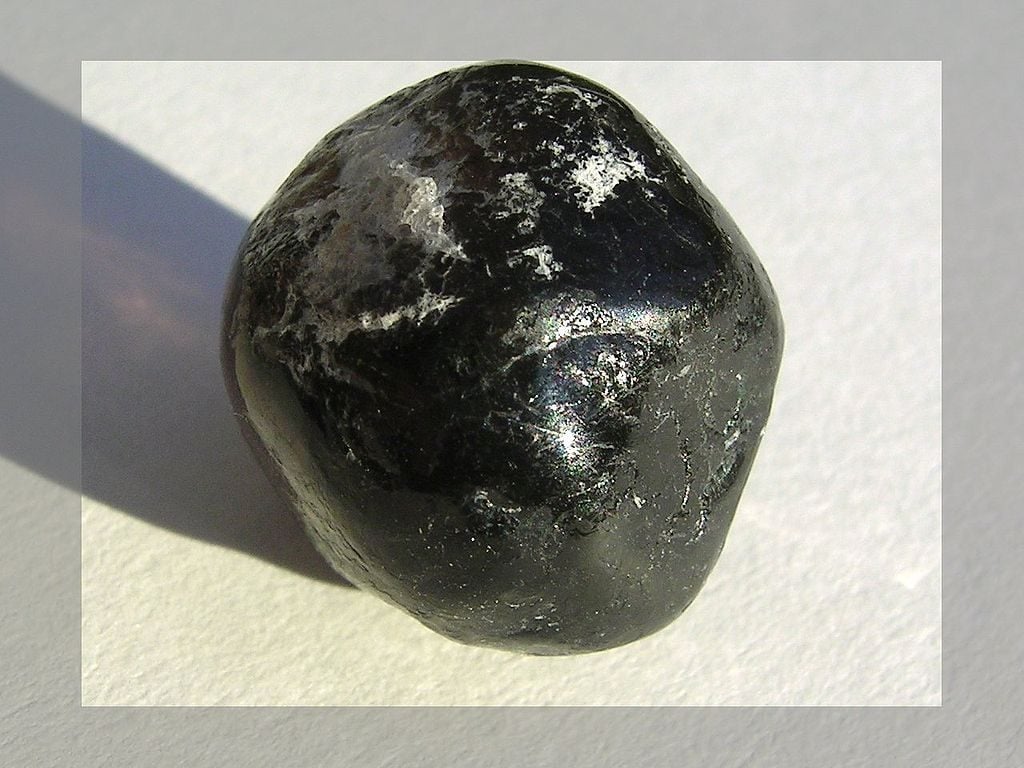 These layered deposits have subsequently been eroded into spires, or “hoodoos”, some with balanced rocks perched on top of the remaining caprock.  Over the last million years, water and wind have eroded the softer materials from around these spires, leaving a magical landscape of pedestals and cones.

Apache tears, small rounded pieces of black volcanic glass known as obsidian, are commonly found around Tent Rocks.  They are considered sacred, and collecting is NOT permitted.  During the spring, abundant wildflowers bloom in the area, bringing multitudes of birds and animals to the area.

The Bureau of Land Management manages the National Monument, which was established in 2001.  There are hiking trails through the hoodoos and slot canyons that total about 3 miles of moderate hiking up to an elevation of 6,760 feet. 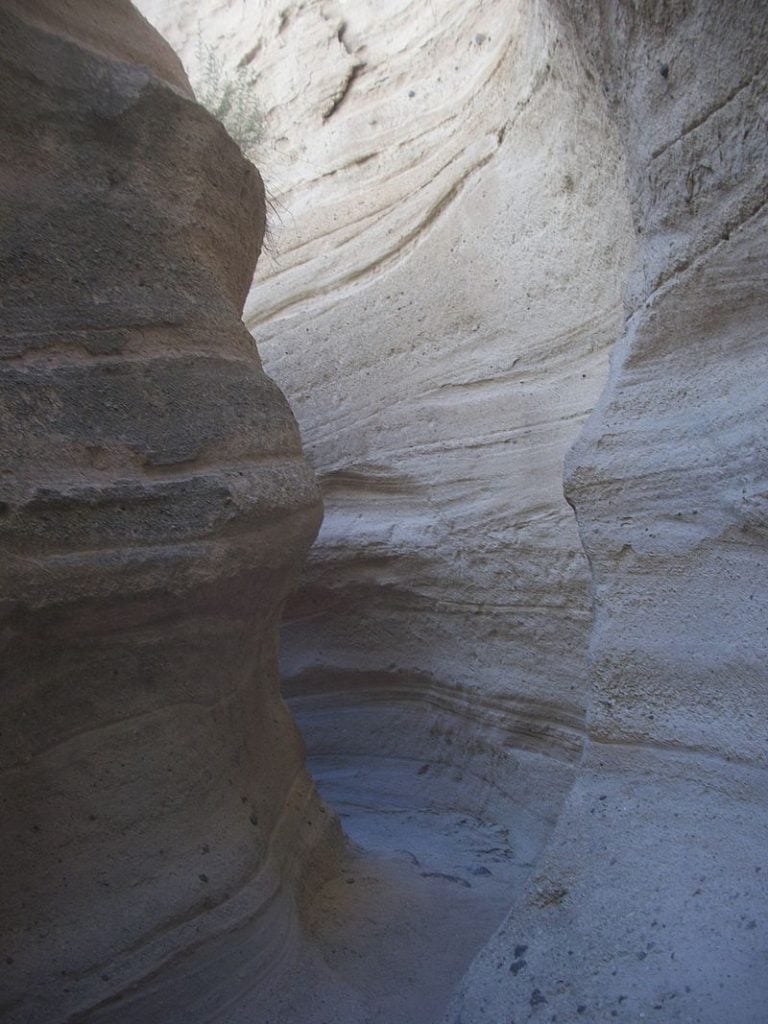 Hike up a slot canyon through geologic time (Photo by Vitale Baby, Wikipedia)

There is also a mile-long loop trail that is wheelchair accessible allowing views of the area including the Jemez Mountain peaks and Peralta Canyon.

Because of the sacred nature of the area and the delicate ecologic systems, you are not permitted to leave the established trails.  As with all National Parks and Monuments, dogs are not allowed.

During the busy summer months the trails can become crowded, so getting an early start or visiting during the off-season will allow you a quieter experience.

You will also want to keep an eye on the weather, as afternoon thunderstorms can produce dangerous lightning and flash-flooding.

The Kasha-Katuwe Tent Rocks National Monument is day-use only, with gates open between 8 am and 4 pm year-round.  An interactive map of the area can be found here.

Camping sites are available nearby at the Cochiti Recreation Area on Lake Cochiti or the Paliza Campground in the Lower Paliza Canyon.  Boondocking may be available in the Santa Fe National Forest as well.