You are here: Home / Top Stories / New Book On RVing From Author Dave Stephenson
This post may contain affiliate links or mention our own products, please check out our disclosure policy here.

In late October 2018, Dave Stephenson released his most recent book, Notes from the Bardo.  In this book, Dave shares his experiences of his first two years as a full-time RVer alone on the road in a Class C RV, starting off as a know-nothing newbie, and learning valuable experiences as he traveled through the western US and Canada.

Dave emigrated to the US from northern England with his family as a teenager in 1964.  They settled in California, and Dave attended UCLA.  Following graduation, he then spent a decade teaching high school.

Later he found his way into sales and marketing, and eventually found a career as a professional sports photographer.  Experience in these career paths lead Dave to write several books on related subjects. 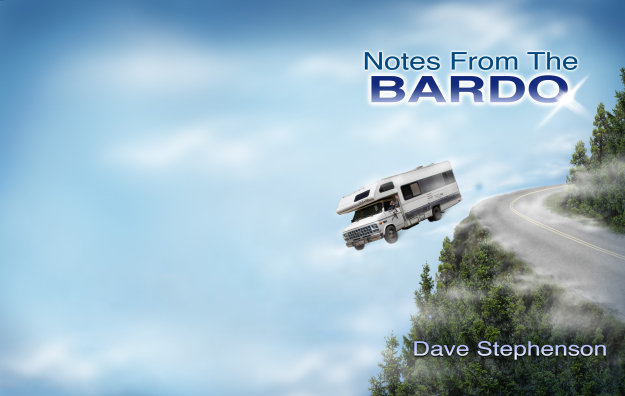 Notes from the Bardo, a new book by Dave Stephenson, chronicles the first two years of life lessons while living in an RV (Photo credit Dave Stephenson)

Eventually, Dave retired and moved to a little house in a quiet canyon near the Russian River in northern California.  Here he was able to focus more on his writing.  Eventually, the landlord sold the house and Dave was left looking for a place to live and asking himself, “What is left that I have always wanted to do?”

The answer came after an unfortunate incident in 2016.  While staying in San Jose, Dave was hit by a driver who ran a red light.  With the insurance check from that and his savings, he started to look for a used RV.

He found a 1996 Tioga Arrow Class C that wore its 88,000 miles fairly well, had big windows in the back, and a well-kept wood interior.  Dave knew absolutely nothing about RVing but felt he had little to lose by giving it a try as his new nomadic home. 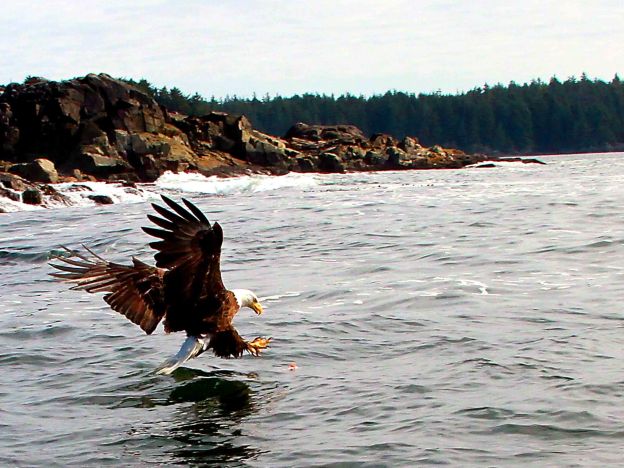 One of Dave’s photos of an eagle fishing in British Columbia, Canada (Photo by Dave Stephenson)

Dave set out in the fall of 2016 to discover himself.  He travels solo, feeling it gives him time to get to know himself and discovering what he is inclined to do next.  At times, he has been joined by fellow photographers at select events, but generally, Dave enjoys being alone.

Dave started off by watching some videos online and found CoachNet and Passport America as handy resources.  As an example, Dave learned that there is a manufacturer’s date on RV tires– even though the tires on his Class C that he bought looked new, they had been in storage for 10 years and were ripe to delaminate.  Even after replacing them, CoachNet has changed three tires for Dave in the past two years.

One piece of advice Dave picked up that he found helpful was to make a checklist for departure.  Even though he thought he had the departure tasks memorized, there have been incidents (a wrench left on the bumper, a set of blinds sucked out of an open window) and paid the price of not checking off a list every time. 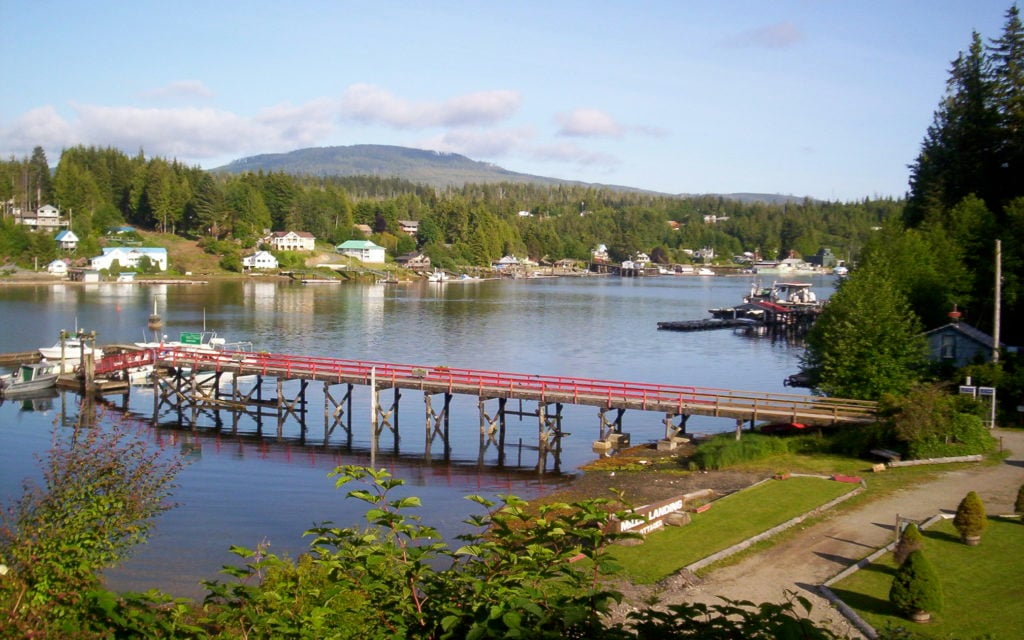 The community of Bamfield, BC (Photo by Rick McCharles, Wikipedia)

He traveled extensively through the Northwest and also down through the Southwestern desert states.  Of the places he has visited, Dave felt that Bamfield BC, a community surrounded by Crown Land Indian Reserves and portions of the Pacific Rim National Park on the way to the western coast of Vancouver Island, gave him clear insight as to the way the Earth is supposed to be, without human interference.

He discovered similar profound experiences along the Going-to-the-Sun Highway in Glacier National Park and also at Arches National Park in Utah.  These experiences left Dave with the sense that everything is all right just the way it is; it is the human way of twisted thinking that makes it seem like it isn’t all right.

Dave has learned to live in accord with the natural world, which has given him a chance to see that who he is does not depend on where he is or what he is doing. He shares many of his insights and adventures (as well as his photographic skills) in Notes from the Bardo.  He leaves us with this thought:

“Having transitioned from one who started out absolutely clueless to one who loves to live this way, my advice to anyone who is thinking about hitting the road is to take the next step.

From my point of view, you can’t lose.  Try it modestly at first.  Like many experiences, nobody can tell you how it will be for you. If it doesn’t work for you, knowing that will open other opportunities.  If it does work, there is no going back.

What being on the road has done for me, I try to describe in my book.  Essentially, I got to know myself better.”