You are here: Home / Top Stories / PyroFest Set to Dazzle RVers in Slippery Rock, PA. May 28-29
This post may contain affiliate links or mention our own products, please check out our disclosure policy here. 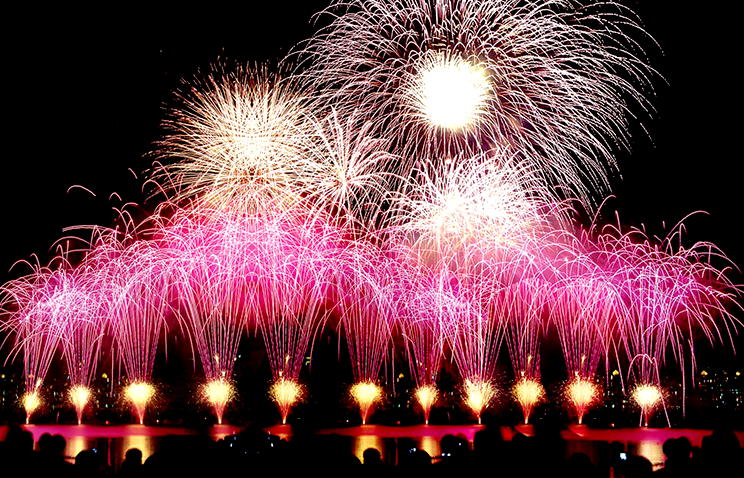 The event will present four major pyrotechnic companies from China, Spain, The United States and Canada that will showcase a series of firework displays over the course of two days. Photos courtesy of PyroFest

RVers who are planning to hit the road for Memorial Day Weekend just may want to attend The Annual PyroFest, May 28-29 at Cooper`s Lake Campground in Slippery Rock, Pennsylvania. After all, the event is scheduled to present four major pyrotechnic companies from China, Spain, The United States and Canada that will showcase a series of dazzling firework displays over the course of two days. 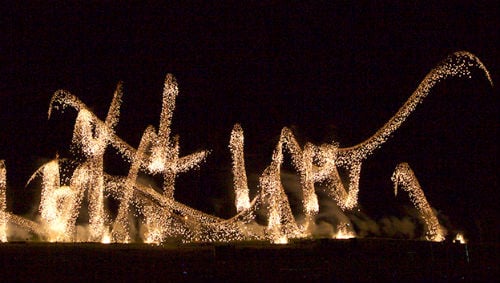 Approximately a dozen shows will take place with an average of 20 minutes in length.

Hosted by Peony Entertainment and its subsidiary Pyrotecnico, based in New Castle, PA, PyroFest is now in its fifth year and was devised in 2012 to celebrate the spectacular art of pyrotechnics.

“The concept of PyroFest was devised by Stephen Vitale, the president and CEO of Pyrotecnico who traveled the globe, observing various fireworks competitions and festivals with a vision to bring some of these pieces to the United States,” Derek  Weber, Director of Events for Peony Entertainment, told RVlife.com. “So, we brainstormed some ideas and came up with PyroFest. It was an event that didn`t really exist in the U.S. and allows people to experience the amazing art of pyrotechnics.”

RVers and fireworks fans alike can expect spending two days focusing on the skies of Pennsylvania as more than a dozen fireworks performances are expected to take place in the afternoon and evening with various themes. Some presentations will also be choreographed with live music. 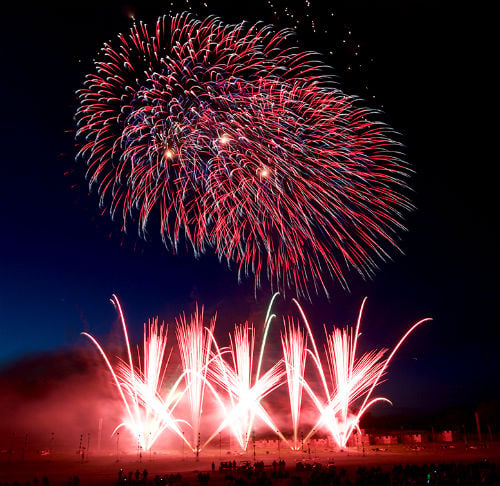 PyroFest allows people to experience the amazing art of pyrotechnics.

“This is a fireworks event, which is different and larger than traditional community holiday weekend fireworks displays,” explained Weber. “There will be a main stage with eight bands that will play Saturday and Sunday in between the fireworks presentations. A kid’s zone and a food concession area will also be on site. ”

The event kicks-off Saturday May 28 with Vulcan, a Guangxi, China-based company that will light up the Pennsylvania sky with a presentation entitled “Road Trip Ramble,” which earned the company the Bronze title at the 2015 L’International des Feux Loto in Montreal. The evening will also highlight a fireworks display from Ricardo Caballer Ricasa of Valencia, Spain, which supplies pyrotechnic products across five continents and performs special-effect firework displays for many theme parks, including Disney. Ricardo Caballer Ricasa has also won several first place standings at more than a 100 pyrotechnic events.

On Sunday, Sirius Pyrotechnics of Quebec, Canada, will showcase its electrifying fireworks that will definitely impress as the company has conducted many fireworks presentations, which includes the opening and closing ceremonies of the 2010 Vancouver Winter Olympics Games.

Rounding out the fireworks presentations is Pyrotecnico and its subsidiary Pyrotecnico FX, which has won several international awards and has produced displays for major sports teams, film and television, music festivals, and as well as mainstream musical acts including  Justin Timberlake, The Weekend, Zedd, and Nicki Minaj.

Located on 450 acres, featuring a 10-acre lake, wooded areas, and maintained  fields, the event facility of Cooper’s Lake Campground offers more than 100 electric and water sites, (50 with full hook-ups); shower and laundry facilities; on-site water posts and general camp store. Tickets for PyroFest are available separately at the event’s website. Alternate campgrounds can be found in New Castle or other nearby communities.

Campground Rates (per person/ per night):