You are here: Home / Blog / Why It’s Important To Keep Your RV Batteries Charged Properly
This post may contain affiliate links or mention our own products, please check out our disclosure policy here.

During a recent trip traveling along the California-Nevada border and the eastern Sierras, the deep-cycle batteries in my RV weren’t recharging well. We had been boondocking every night along the way and the nights were cold, dropping into the twenties most of the time.

We moved almost every day, so between the charge line in my tow vehicle and running the generator every morning I was pretty sure I was doing enough to keep them charged.

However, after the monitor panel continued to show the battery level on the lowest mark when running the furnace and showering several mornings in a row, I began to believe it was time for new batteries. After all, they were seven and a half years old (which is about twice the average lifespan for a deep-cycle RV battery), had been cycled hundreds of times and I was demanding a lot from them in cold weather.

The only town of any significant size that we would be traveling through was Pahrump, Nevada. Being a fan of Interstate batteries (the current ones had given me years of service) I checked the manufacturer’s website a couple of days before we would be arriving only to discover they didn’t have a distributor in town, only dealers made up mainly of tire stores.

I was doubtful the tire stores could adequately check my old batteries, and if they did test bad, we would probably have to wait a day or two for new batteries to be shipped from Las Vegas as tire stores most likely wouldn’t stock the deep-cycle RV batteries I wanted. 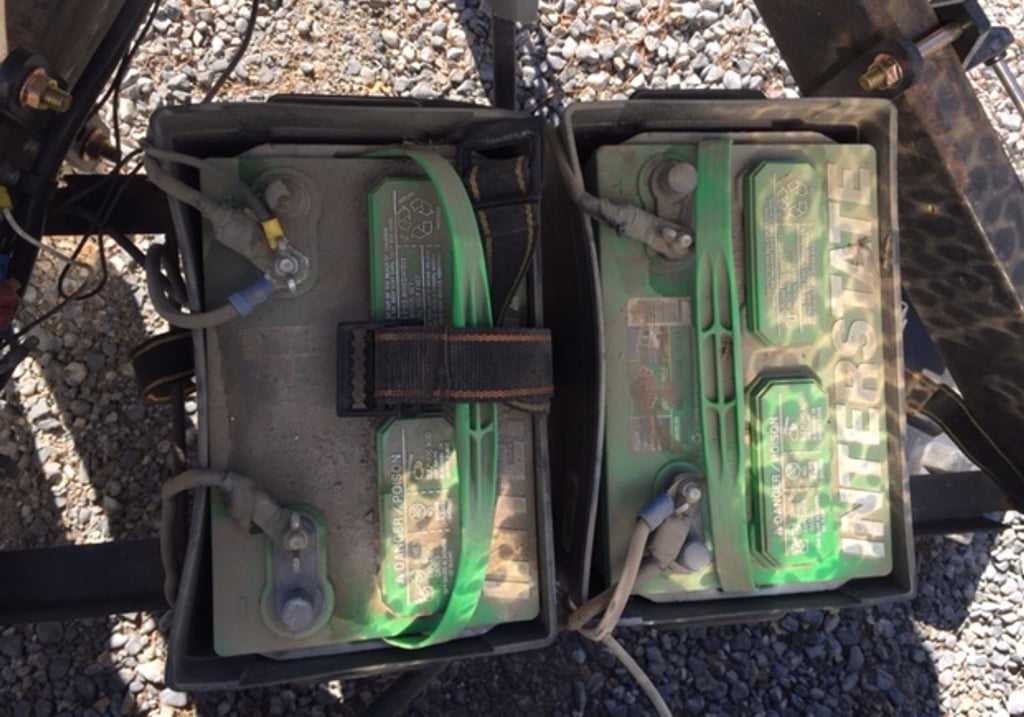 Take a picture before removing

At this point, I just resigned myself to stopping at the Pahrump Walmart and replacing my batteries with a couple of their deep-cycle batteries. However, as my wife and I were headed to Pahrump we picked up a local Pahrump radio station and heard an advertisement for free battery checks from Pahrump Valley Battery the local Interstate battery distributor.

This was a game-changer! To properly check the batteries I knew they would need to be fully charged, so instead of Walmart, we headed to an RV park to allow the batteries to charge overnight. The next morning I called Pahrump Valley Battery to confirm the “Free battery Check” offer that I heard on the radio, which they did.

I expected him just to do a standard load test on them, but to my surprise, he started by popping the cell caps and using a hydrometer to test each individual cell, all tested good. He then tested each battery using a carbon pile load tester with the appropriate load for the appropriate period of time. Again, both batteries passed the test. 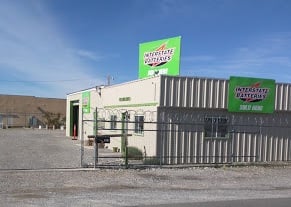 He then proclaimed I didn’t need new batteries, and we both agreed that I must have let them discharge too much while boondocking. The owner proceeded to load them back into my truck, and sent me on my way, wishing me a good day and safe travels.

Not only did I get a free battery check, but some of the best customer service I have received in a long time and I didn’t spend a nickel! He could have just as easily told me the batteries had reached their life expectancy and I would have gladly paid him a couple hundred dollars for new batteries as I was totally expecting it.

Many snowbirds call Pahrump, Nevada home for the winter. If you are one of them and have problems with your RV batteries be sure to visit Pahrump Valley Battery located at 370 S. Emery Street. Phone: 775-209-0297

If you ever find the need to remove the batteries from your RV, be sure to take a photo before you disconnect the wire. Then when you go to reinstall them or new ones, you will have a wiring schematic. Note: Unlike automotive battery leads, the black wire is typically the positive lead of the house batteries in RVs and the white negative.

Finding an honest business with outstanding customer service… one of the greatest adventures in RVing!

See also: Choosing the Best RV Battery: Which is Right for You?