You are here: Home / Great RVing Destinations / Explore Colorado’s Canyonlands Along Highway 141
This post may contain affiliate links or mention our own products, please check out our disclosure policy here.

When most people think about canyonlands, they may not first think of western Colorado.  However, the canyons of the Colorado Plateau along Colorado State Highway 141 between Grand Junction and Dove Creek are stunningly beautiful and offer a multitude of options for exploring their hidden depths.

Highway 141 winds its way through roughly 160 miles of rugged terrain on the far western edge of Colorado and makes up part of the Unaweep-Tabeguache Scenic and Historic Byway. 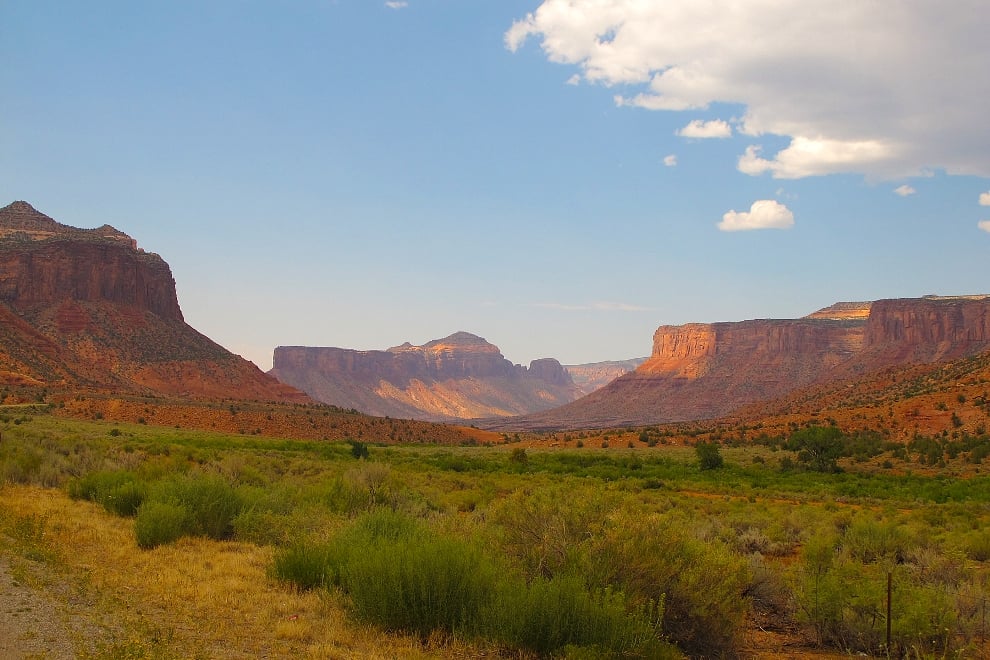 The canyons of western Colorado have been used throughout human history.  Historical evidence of ancient peoples, Spanish Conquistadores, Utes, pioneers, miners, and ranchers is prevalent throughout the canyons.

Artifacts and fossils from the Jurassic period can be found in the area, although disturbing or collecting them requires a permit.  The Rimrock Historical Museum in Naturita has public exhibits and information on the history of the area.  The Museum of Western Colorado in Grand Junction is also a good resource for history buffs. 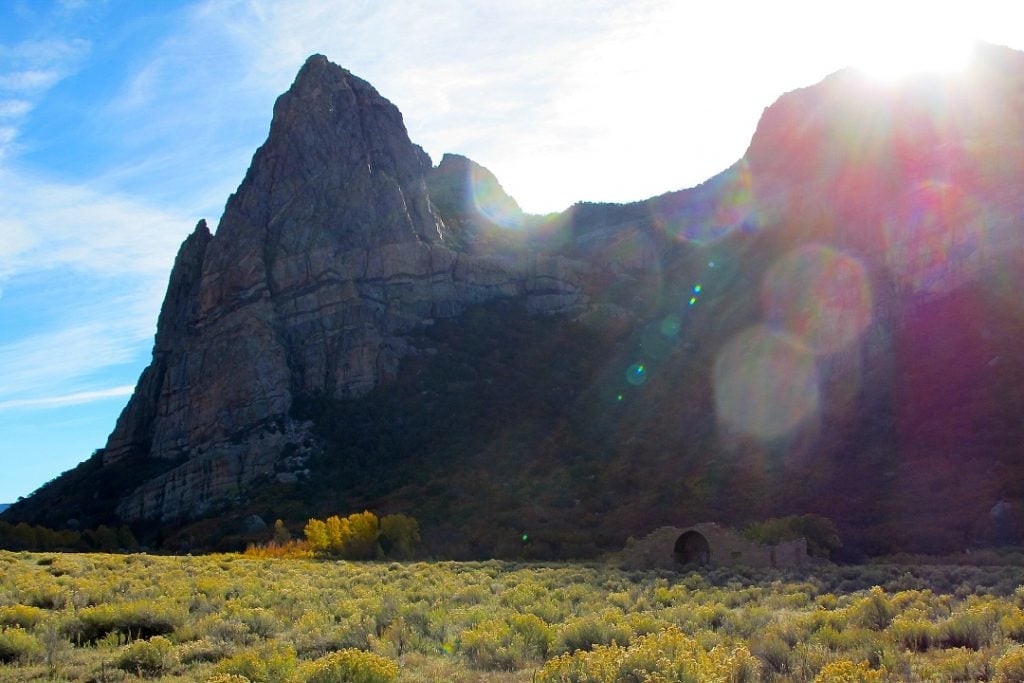 From Grand Junction driving south, travelers are treated to views of the Unaweep Canyon with some of the oldest rock in Colorado, dating back 1.7 billion years, that form cliffs reaching over 1200 feet into the sky.

The origins of the canyon remain a mystery, but some geologists believe that this may be a result of the ancestral Colorado River path, which now flows north of the canyon due to subsequent regional uplift.

The historic Driggs Mansion remains can be found in Unaweep Canyon on the east side of Highway 141.  Built in 1918 for a cattle rancher, this sandstone building features an Italian design from quarried stone, featured six rooms and at least two fireplaces in roughly 1,200 square feet.  The Driggs Mansion was included as a Colorado Historic Property in 2005.

The town of Gateway is in the beautiful slick-rock country of Dolores Canyon.  Areas along the Dolores River are known as “Uranium Country” because of the mining history for uranium and vanadium during the 1940s and ’50s. 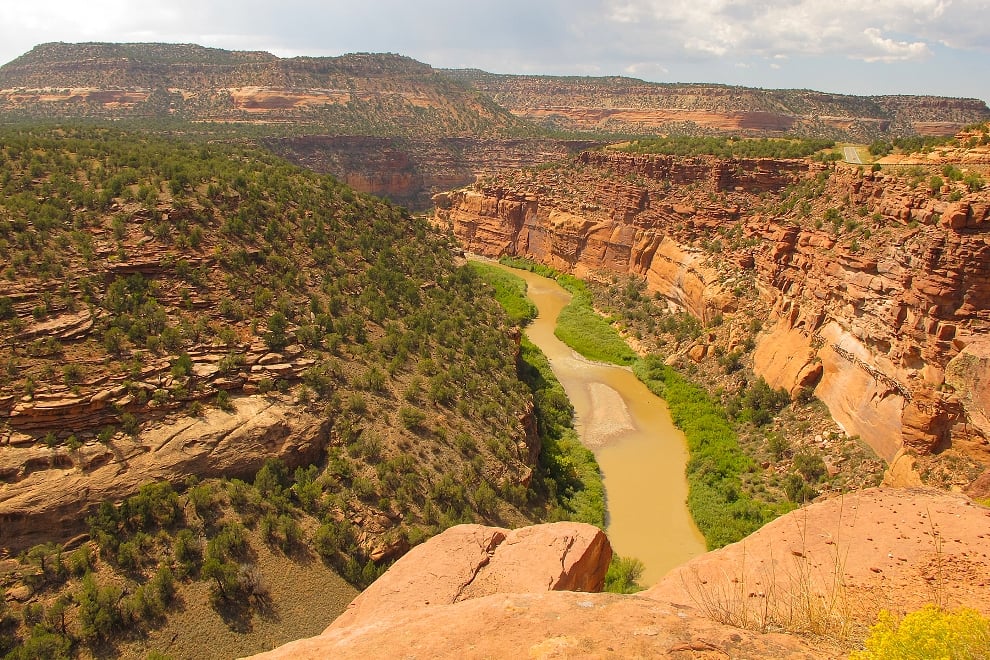 Gold, silver, and copper were also mined in the area.  As you wind along the Dolores Canyon, you will see historical remnants of the mining activity, including old coke ovens and the Hanging Flume, a 7-mile long structure that hangs 150 feet over the river and was built in 1889 to move water to mines from the river below.

As you get into Naturita you will find a historic marker to commemorate the 1776 Dominguez Escalante Expedition, when two Franciscan friars explored southwestern Colorado in search of a route from Santa Fe, New Mexico to the missions in California.

In Naturita, a junction with Highway 145 allows travelers to explore the San Miguel River canyon areas east to Telluride.

If you continue following Highway 141 south, Naturita will take you through Disappointment Valley, once the home of pioneer Lizzy Knight, a female blacksmith and cattle rancher that settled in the area.  Her homestead that was built in 1881 still remains and is on the Colorado Preservation list to be preserved. Wild horses (part of the Spring Creek Basin herd) still roam the areas around Disappointment Valley.

The Old Spanish Trail trade route passed through Dove Creek, allowing trade between 1829 and the 1850s.  The Brewer Mesa Pueblo and Brewer Canyon Pueblo sites have archaeological artifacts that date back to the 11th century. 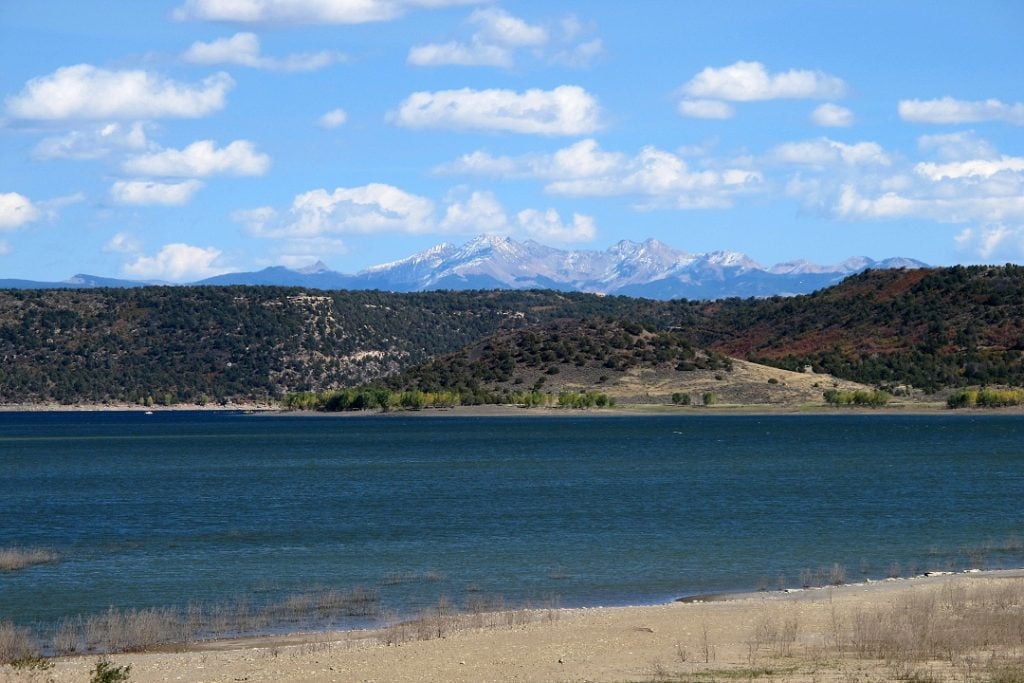 McPhee Reservoir with views of Lavender and Babcock Peaks near Dolores, CO (Photo by TC Wait)

Driving south to Cortez takes you by the Canyons of the Ancients National Monument, Lone Mesa State Park, McPhee Reservoir Recreation Area, and the Anasazi Heritage Center in Dolores.

For those traveling with horses or looking for a place to camp in the Dove Creek area, the Sun Canyon Ranch offers a quiet setting with several RV spots, 50-amp electrical hookups, and a horse hotel with matted 12 x 12 stalls and outdoor paddocks.

There are thousands of acres of BLM land throughout the region for boondocking, along with more established RV park areas.  BLM has an interactive map online that can help with travel planning, as well as RV Trip Wizard.