You are here: Home / Mobile Internet / The Best Full-Time RV Internet Options
This post may contain affiliate links or mention our own products, please check out our disclosure policy here.

Why Do You Need Internet Access in Your RV?

Unless you’re retired or independently wealthy, you’ll most likely need a way to pay for campsites, fuel, and food. Securing internet access for emails, meetings, and other work tasks matters regardless of where you live.

If you’re RVing with kids, you’ll probably need internet access for schooling as well. While it’s possible to go without, many resources and instructional aids exist only online.

And while it’s not essential, most of us want to binge Netflix at least once in a while. It helps make bad weather days a little bit more bearable.

Determine What You Will Use Internet For

One of your most significant considerations will be usage level. Video conferencing requires different data and equipment than managing emails and social media.

You’ll not only want to factor in your usage but also the usage of your travel companions. For example, children use the internet differently than adults.

When it comes to RV internet options, you want the best and most reliable. Let’s dive into what’s available!

Depending on your usage, you may be able to enable the hotspot feature on your current smartphone. This way, you can access the internet on a laptop, tablet, or other devices. Additionally, if your cellular connection needs a little boost, check out RV Cell Booster 101: Simplified Explanation For The Newbie RVer.

Verizon and AT&T dominate the cellular data market. Their sprawling infrastructure can cover the majority of the country. Recently, T-Mobile has begun growing its network as well.

Cell towers built by telecom companies broadcast cellular data. The service providers usually build towers based on demand or usage in an area. Therefore, rural locations often lag behind when it comes to quality and reliability.

Having several bars of service doesn’t necessarily guarantee the best service. Even when you have good service, towers might get congested by many users, especially in popular areas.

Providers also impose data caps and usage limits. Users who exceed their data limits may face overage fees or speed throttling. Manage your cellular data usage to avoid fees and ensure better speeds when you need them most.

Cellular Data Is Good For

RVers on the move will benefit the most from using cellular data, especially on AT&T and Verizon’s networks. These companies provide the most coverage and reliability no matter where your travels take you. You’ll still encounter areas of limited or no service, however.

Additionally, because these are public connections, be aware of the security risks. Users shouldn’t rely on unsecured public WiFi to access sensitive information.

Using public WiFi means relying on others, which limits your control. If you need to stay connected, you also need to be in control of the connection. Businesses can be closed for holidays, or their internet could go down. And they may not be in a hurry to fix it.

Public WiFi has become increasingly popular in recent years as more people work remotely and enjoy staying connected. Restaurants and coffee shops offer free WiFi as an incentive for patrons, especially those who are working or conducting meetings.

However, most places offer WiFi as a side benefit. If it works, it works, and if it doesn’t, they’re probably not going to close up shop to fix it.

You will have to plan around normal business hours and use unreliable connections. While it’s often free, it does not have to be. Some hotels and campgrounds offer public WiFi but charge for it. Costs will vary but could get quite expensive.

Public WiFi Is Good For

If you don’t rely on the internet for day-to-day activities, public WiFi may work for you. That said, there are several major coffee chains and restaurants that RVers frequent because of the cheap or free internet access.

Many rural internet users rely on satellite internet as their primary source. The setup is similar to satellite television. In both, a satellite dish communicates with satellites in space. The signal goes to a modem inside the residence.

Rural users often choose satellite due to their limited internet options. Internet providers often avoid investing substantially in rural infrastructure due to the limited number of users. The cabling required to establish these networks is costly. Plus, homes sit much farther apart in rural rather than urban areas.

A user installs a satellite dish that faces the southern sky. Then, the dish communicates with satellites in space. The resulting connection may be slower and less stable due to the incredible distance between the dish and space. Users often experience speeds comparable to dial-up connections in the 90s.

Satellite Internet Is Good For

Satellite internet is only suitable for extremely rural locations and those who won’t use the internet much. Don’t count on streaming television or downloading large files. Because the dish requires an accurate alignment with satellites, moving can mess up the connection.

However, if you’re living in an RV in a remote location and don’t plan on traveling, it may be better than nothing.

For the past several years, SpaceX has been putting satellites into orbit. They aim to create a constellation of satellites to provide high-speed internet to the entire world.

With every launch, SpaceX places approximately 60 more satellites into orbit. These satellites orbit much lower than other internet satellites. This allows them to establish faster, more stable internet. As SpaceX ramps up, its coverage area continues to grow.

Starlink Is Good For

Currently, Starlink is in beta testing and not available publicly. Also, it only functions for stationary use. Right now, beta testers must request a new address if they move. However, SpaceX recently applied for a license to add Starlink to vehicles, boats, and other mobile crafts.

Ultimately, when it comes to RV internet options, choices may be limited. Even so, you can still secure an excellent internet connection in an RV. Which internet option do you use or plan to use to stay connected? 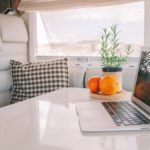 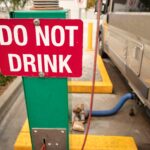 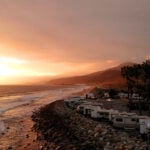