You are here: Home / Blog / Visit A Historic Town On The Columbia River
This post may contain affiliate links or mention our own products, please check out our disclosure policy here.

Astoria, Oregon has long been associated with the historical Lewis and Clark Expedition of 1804-06. After leaving Camp Dubois near St. Louis on May 14, 1804, the Corps of Discovery (as the mission was called) arrived at the Pacific Ocean in early November 1805, camping at Fort Clatsop in Astoria. 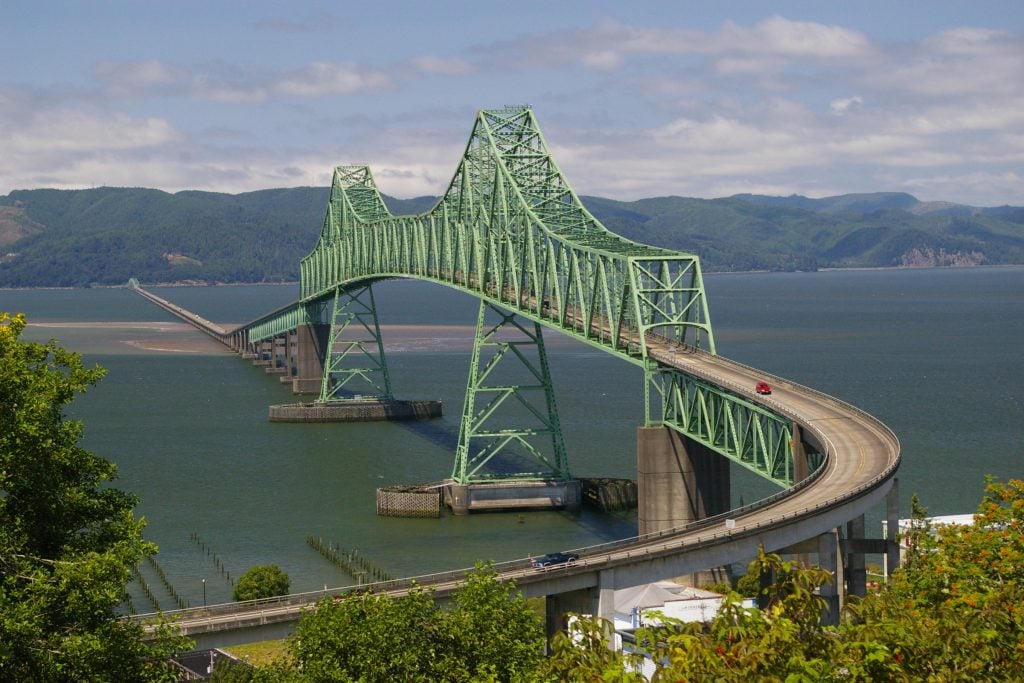 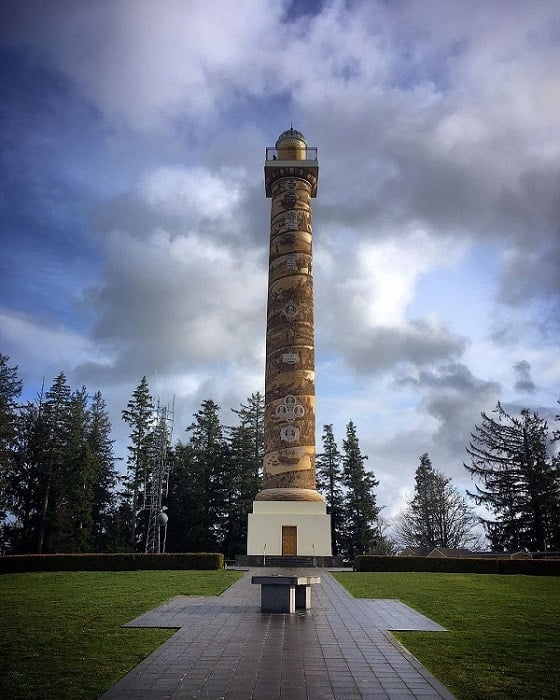 The nine-hole golf course is a great place to practice your short game. Opened in 2005, the par 36 Lewis & Clark Public Golf Course measures 2,738 yards from the longest tees. The course features two sets of tees for different skill levels. Though the fairways are decent, seven of the greens are artificial, so keep that in mind. Overall, it’s a great little course to get some practice on your irons while getting some exercise.

You can also get some exercise by exploring local attractions like the Astoria Column. Modeled after Trajan’s Column in Rome, the 125-foot tall concrete column overlooks the Columbia River, offering scenic panoramic views. While the city of Astoria is home to approximately 10,000 people, it’s estimated that 400,000 visit the Astoria Column each year.

For those interested in history, you can spend days exploring the numerous Lewis and Clark National and State Historical Parks scattered throughout Astoria and parts of southwest Washington State.

There are also several interesting museums in Astoria, including the Oregon Film Museum, Heritage Museum, Hanthorn Cannery Museum, and Flavel House Museum. The star of the show is the Columbia River Maritime Museum, which opened in 1962. This impressive museum contains the largest collection of Pacific Northwest maritime artifacts in the country.

There’s a lot more to see and do around Astoria, Oregon. Drive over the Astoria-Megler Bridge to Washington State for scenic views of the Columbia River and check out Fort Stevens State Park on the coast to see a century-old abandoned shipwreck.

For more information on the area, visit TravelAstoria.com. You can also read more about Lewis & Clark Golf & RV Park on RV LIFE Campgrounds.