You are here: Home / RV Lifestyle / Unexpected Ways We Harm The Environment While Camping
This post may contain affiliate links or mention our own products, please check out our disclosure policy here. 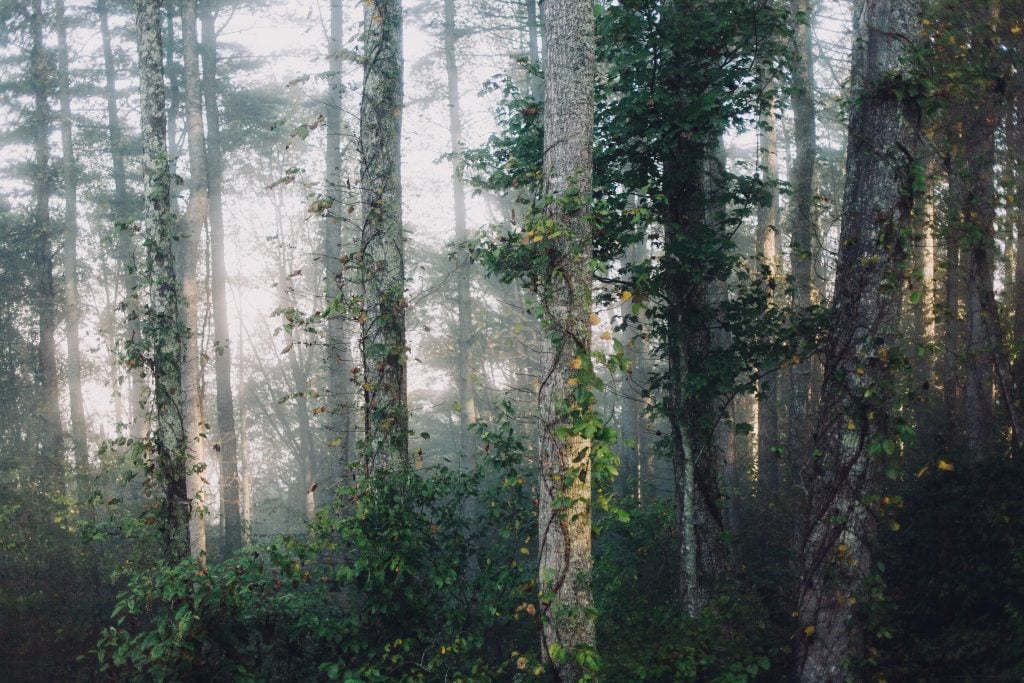 Unexpected Ways We Harm The Environment While Camping

You’ve probably heard the saying “pack it in, pack it out,” meaning you should leave nothing at your campsite that wasn’t there before. But as long as you pick up all of your trash, the environment will be fine, right?

Wrong. The truth is that there are many other ways to cause unintentional damage. If you’re not careful, camping can be extremely detrimental to the ecosystem.

If you’ve ever been to the beach or gone on a hike, you know how easy it is for an interesting rock, shell, or flower to catch your eye. You’ve probably taken a natural souvenir home from your trip at least once (I know I have).

While it may be tempting, removing any natural element can upset the delicate ecological balance that exists in even the tiniest of habitats. That rock you brought home may have sheltered a variety of different organisms. The shell was a potential home for a hermit crab. The flower you picked played an important role in the process of pollination.

This isn’t to say that you can never again bring home a flower or seashell (although it is illegal to take rocks from any U.S. national park), but keep in mind that every change you make to your surroundings impacts the environment as a whole.

Another common yet destructive practice is trail marking. Some hikers find their way through the desert by rearranging the rocks to build cairns or by scratching their initials into the stone. Not only does this ruin the natural view for other hikers, but it can also destroy animal homes and catalyze the process of erosion.

Blazing or carving into trees is possibly the most disastrous habit of all, since it exposes the tree to diseases that could eventually kill it. No one wants to be responsible for the fall of a 500-year-old sequoia. 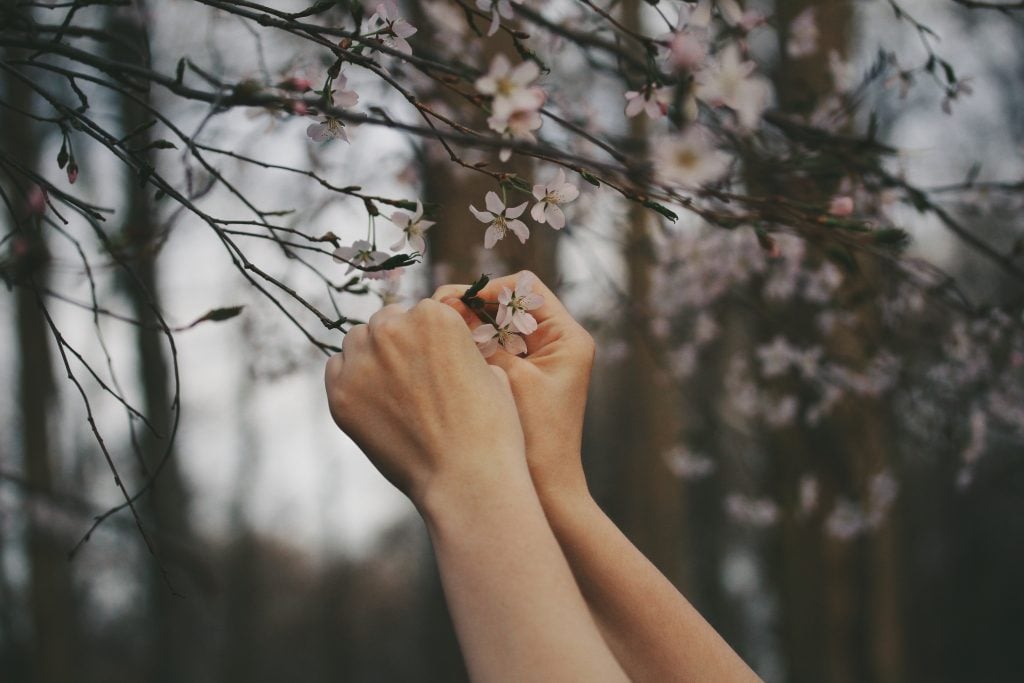 Sometimes you can even bring a bit of nature home with you and not realize it. Invasive species spread from place to place by hitching a ride on cars, RVs, shoes, clothing, and pets.

Some species are incredibly damaging to the ecosystem and can choke out natural wildlife. Become more aware of invasive plants and animals and take a look at this invasive species list.

Before your trip, remember to wash any seeds, spores, or insects off of your vehicles and clothing. Do the same before returning home.

Do you plan to set up camp next to a leisurely brook, whip out the dish soap, and start scrubbing your plates in the stream? If so, you might want to take a second and reconsider. 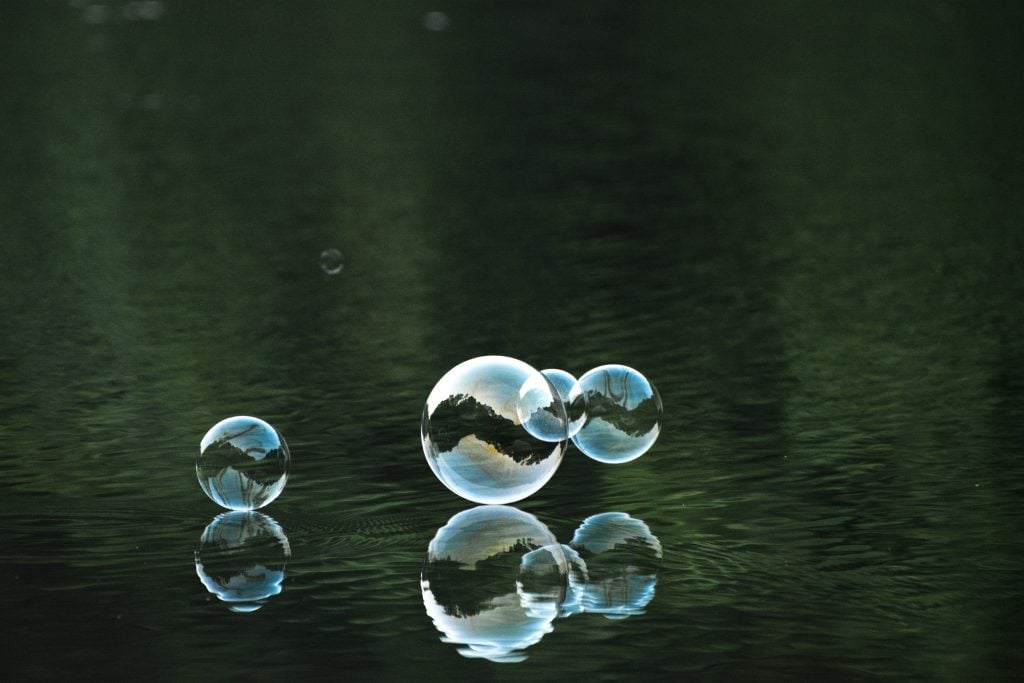 Soap, shampoo, toothpaste, and other cleaning products often contain chemicals that can do a lot of damage to the environment. If absolutely necessary, use a small amount of biodegradable soap.

Camp at least 200 feet away from a natural water source—any closer, and cleaners can leach into the water, poisoning animals that live in it or drink from it.

Even bug spray and sunscreen can be environmentally harmful. Chemicals from sprays can pollute the air, while lotions can wash off into the water and kill marine life. Try to use non-chemical bug sprays and sunscreens, and allow them to dry before going swimming.

While toys like dirt bikes and ATVs can be fun, they can also damage the air and landscape if overused. Ride only in designated areas so as not to cause extra erosion, and minimize the time you spend on your vehicle. 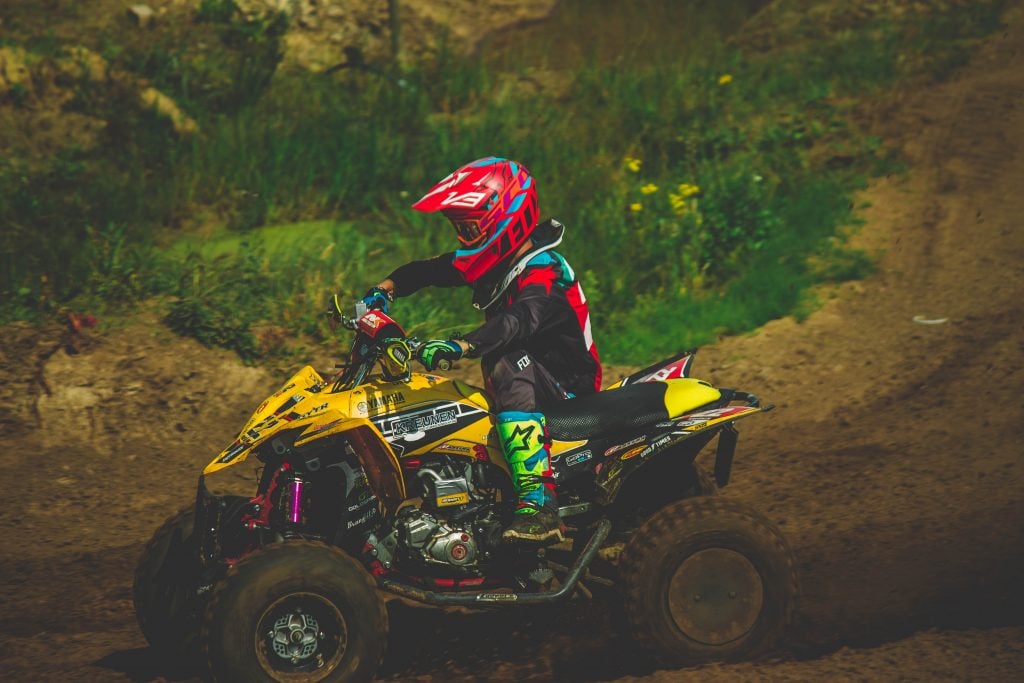 Try other, more eco-friendly activities, like riding bicycles or going for a hike. If you have a generator in your RV, use it to charge your battery rather than running it constantly. Not only do they consume fuel, but generators also pollute the air with carbon dioxide and unnecessary noise.

Everyone knows that littering harms the environment, but even disposing of trash can be harmful if done the wrong way. When putting garbage into a trash bag, sort out the recyclables from the non-recyclables. Those who recycle at home on a regular basis often don’t take the time to put glass and plastic in a separate bag while camping. 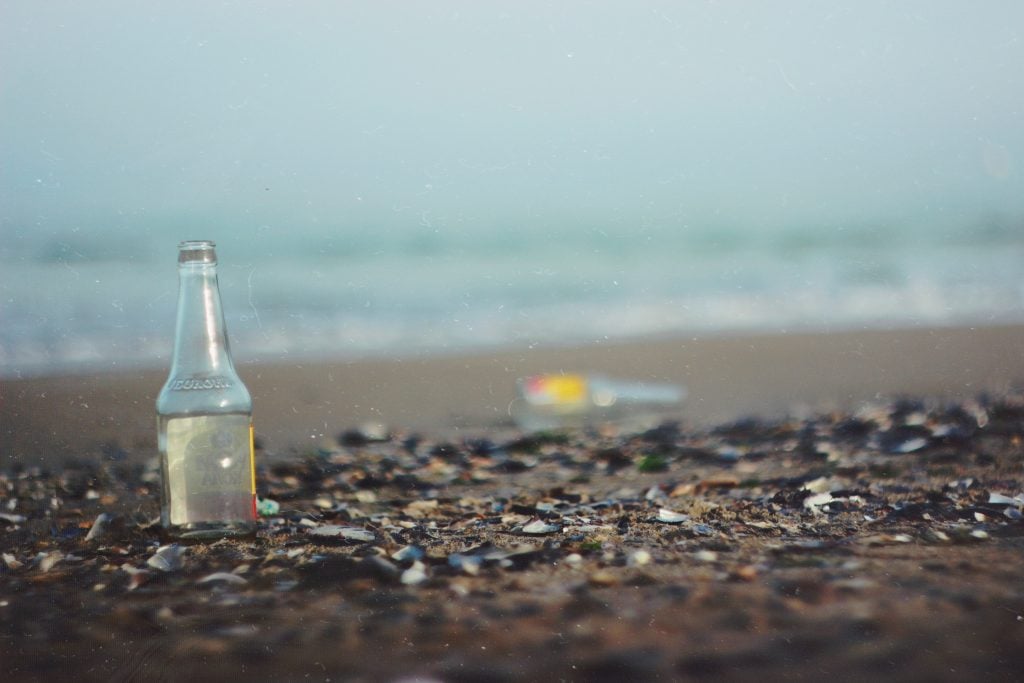 Don’t bury your toilet paper—yes, it is biodegradable, but it still takes several months to decompose. Animals sometimes dig it up and spread it around the woods, which would be very unpleasant for future campers. Be sure to collect all your trash; even something as simple as a plastic 6-pack holder will take 5 centuries to decompose and can easily strangle small animals.

Food scraps and leftovers also qualify as trash. Don’t “leave it for the birds” as you might have been told. Pick up all large scraps and put them in a trash bag. Dispose of your trash in a campground dumpster or bring it inside your RV, unless you want some furry visitors in the middle of the night. Never feed the local wildlife; not only can it make them aggressive toward humans, but it can also make them very sick.

Nothing says “camping” like a campfire—but nothing says “environmental damage” like a hazardous campfire. Anywhere a fire is built, the natural process of decomposition is interrupted and the soil loses its quality.

Sparks can fly into nearby dry grass and underground roots can smolder, increasing the risk of wildfires. Only build a fire if you have to—campfires consume precious wood, create smoke that pollutes the air, and leave ashes on the ground. Try using a camping stove to cook meals instead of tossing them over the flames. 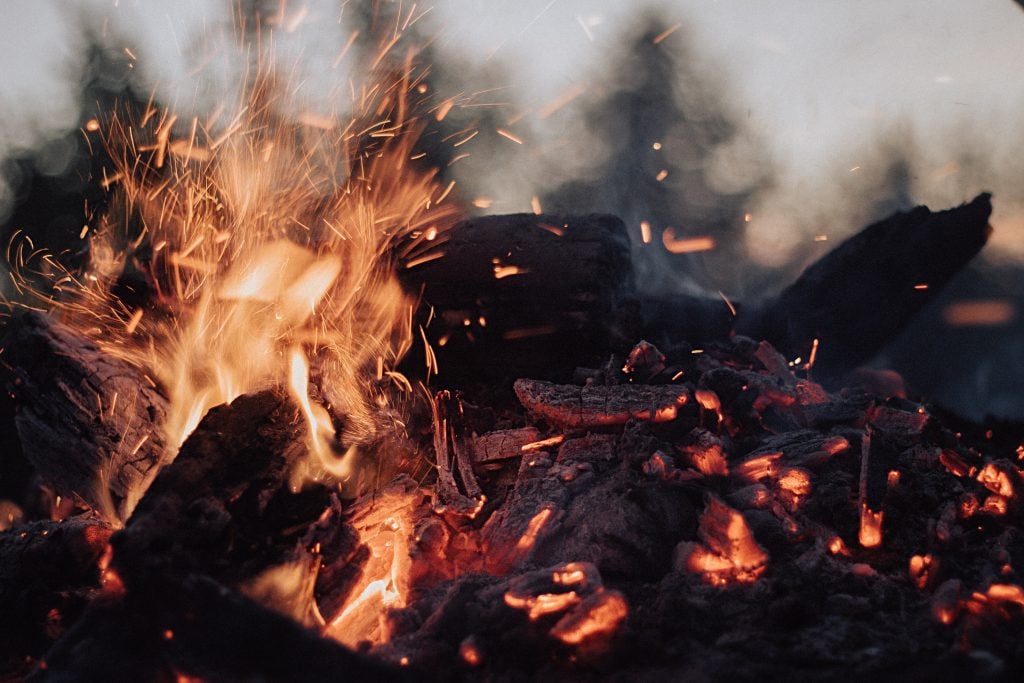 Wood and dry leaves are safe to burn, but never try to burn trash like plastic bottles, styrofoam dishes, or aluminum cans. Chemicals from synthetic materials can leave behind toxic residues when burned, as well as release harmful gasses into the air. Pieces of paper or cardboard can also fly out of the flames and start wildfires. If you do plan to build a fire, use existing fire rings and proper fuel.

This earth is the only one we’ve got, so don’t ruin it on your vacation. Let’s work together to protect wild places so that future generations can enjoy camping as well. Be mindful of the environment and camp responsibly.