You are here: Home / Blog / Why You Shouldn’t Store Your RV In The Forest
This post may contain affiliate links or mention our own products, please check out our disclosure policy here.

by Dave Helgeson
October 22, 2018October 22, 2020Filed under:
Table of Contents show
Why You Shouldn’t Store Your RV In The Forest
Is this good boondocking etiquette?
See also: Campground Etiquette: How To Be A Good Camping Neighbor

Why You Shouldn’t Store Your RV In The Forest

My wife and I had the privilege of RVing through Wyoming’s Big Horn Mountains this summer. There are lots of scenic places to explore and the high elevation makes for comfortable weather when it is broiling hot at lower elevations.

Prior to arriving, I had researched several large areas where boondocking is allowed and looked forward to staying in a scenic campsite along the edge of a mountain meadow. However, when we arrived I was rather shocked to see RVs (mostly travel trailers and fifth wheels) already parked in all of the areas I had planned to camp (rarely an issue).

As we continued along the road looking for a spot to pull off, I began to notice very few of the fifth wheels and travel trailers had tow vehicles parked next to them. Further inspection revealed slide outs weren’t extended, stabilizing jacks weren’t deployed, and some units weren’t even parked level.

Spying an open campsite between a fifth wheel to the north and travel trailer to the south, I walked in to check out the site, the “neighbors” and the access to get there. Sure enough, there were no tow vehicles parked at my neighbor’s RVs.

The mentioned fifth wheel, which was less than 100 feet through the trees from the open campsite, was not parked level, slide-outs were retracted, the entry step wasn’t pulled out, and an ATV was securely chained to the frame, indicating no one was occupying the RV just like the others we had passed by. 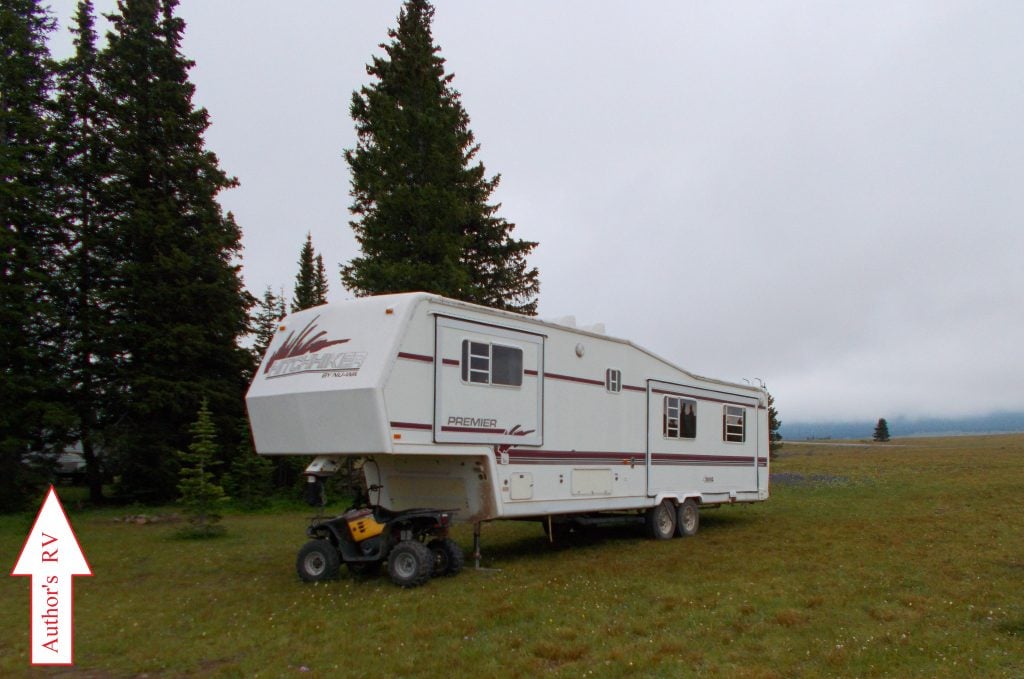 Neighboring RV. Nobody was home.

Is this good boondocking etiquette?

Normally, boondocking etiquette suggests you shouldn’t camp this close to another RV, but given the circumstances, I did. We stayed three days and no one ever arrived to occupy the fifth wheel.

Is it just me or do others feel that leaving an RV unattended for extended periods of time is abusing the system? After all, our forests belong to everyone. Should they be treated as a private camping club where people are allowed to store their RVs and occupy them only occasionally when they please? It displaces other users that want to camp and enjoy their public land. Plus, who wants to camp in the middle of an RV storage lot?

While some national forests prohibit you from leaving your RV unattended for a short period of time (typically 24 to 48 hours), the Big Horn National Forest does not. 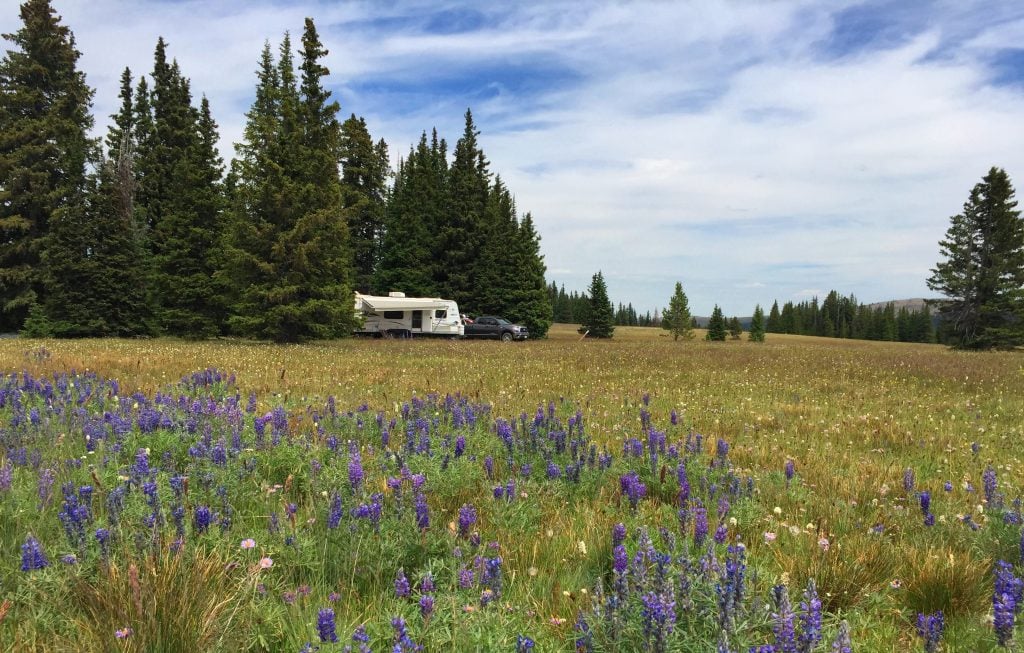 Camping among a bunch of vacant RVs in the forest, just another adventure in RVing!

What are your thoughts on unattended RVs? Please share.

See also: Campground Etiquette: How To Be A Good Camping Neighbor