You are here: Home / Top Stories / Are There Changes Ahead for National Park RV Vacations?
This post may contain affiliate links or mention our own products, please check out our disclosure policy here.

by Rene Agredano
December 28, 2016December 29, 2016Filed under:
Table of Contents show
The Future of National Park RV Vacations
Are there Solutions?

One hundred years ago when President Woodrow Wilson established America’s National Park Service (NPS), few could have predicted that national park RV vacations would become as American as apple pie. Thanks to the park service’s well-publicized 2016 centennial celebration, more people than ever experienced adventure in America’s park system. 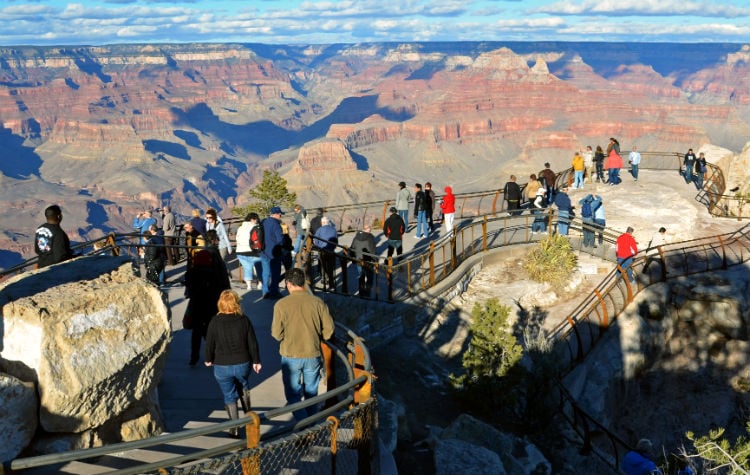 As the party wraps up at the end of 2016, park advocates around the country are wondering if the centennial campaign is responsible for turning the parks into a victim of their own success. 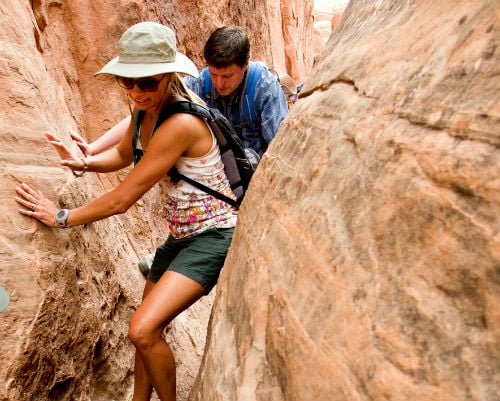 Two hikers maneuvering through a tight spot in the Fiery Furnace at Arches National Park. Photo by NPS/Andrew Kuhn

If you were one of the millions of tourists taking national park RV vacations this year, you probably noticed parks were busier than usual. According to newly released NPS visitation statistics:

The National Park Service Centennial Celebration’s success was obvious. But as public awareness increased, typical traffic jams in popular spots like Yosemite Valley and Yellowstone National Park grew even more than in the past.

This year’s unseasonably warm weather attracted even more hikers who needed rescuing in places like Rocky Mountain National Park. Next door in Utah, a popular trail in Zion National Park needed temporary closures to clean up human waste and litter. Finally, as tourists and RVers can avoid animal attacks in the NPS system, this wasn’t the case for all visitors as unfortunate animal encounters became commonplace fodder in the news.

For better or worse, park visitation numbers soared this year. Unfortunately, national park service officials say it didn’t help their cash reserves. The system still has a $12-billion dollar maintenance budget deficit to overcome. To aid in the effort, more parks are boosting entry fees. Also, the National Parks Lifetime Senior Pass Fee increase begins in 2017. But according to media outlets like National Public Radio, these steps aren’t enough. The added dollars will do little to ease the strain on facilities and resources created by ever-growing numbers of tourists fascinated by wild lands. 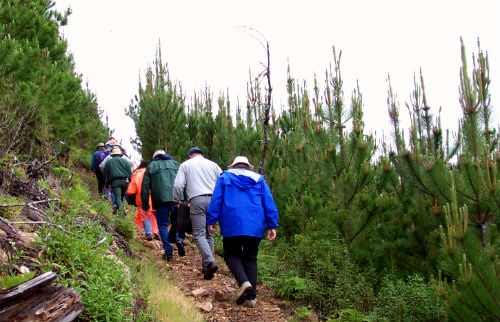 According to the Washington Post, these discussions are causing park watchdogs like the Public Employees for Environmental Responsibility (PEER) to wonder if park officials will put “naming rights” to national treasures like Mount Rushmore on the auction block.

Whether or not visitation numbers will keep growing, expect to see new crowd control measures at parks around the country. According to the National Parks Traveler website, park officials are currently discussing measures that will mitigate the impact of increased visitors. One idea is to limit traffic during busy times along Grand Teton National Park’s Moose-Wilson Road. At other destinations, officials are discussing tighter quotas and reservation requirements for popular park trails and campgrounds.

Other potential measures include complete closures of popular park roads to private vehicles, in places like Acadia National Park. Nobody knows for certain which ideas will stick. Yet, one thing is for certain: changes are on the horizon for your future national parks RV vacations.