You are here: Home / Columns / On the Road for Good / They Built an Eco-Friendly Fifth Wheel and Survived
This post may contain affiliate links or mention our own products, please check out our disclosure policy here. 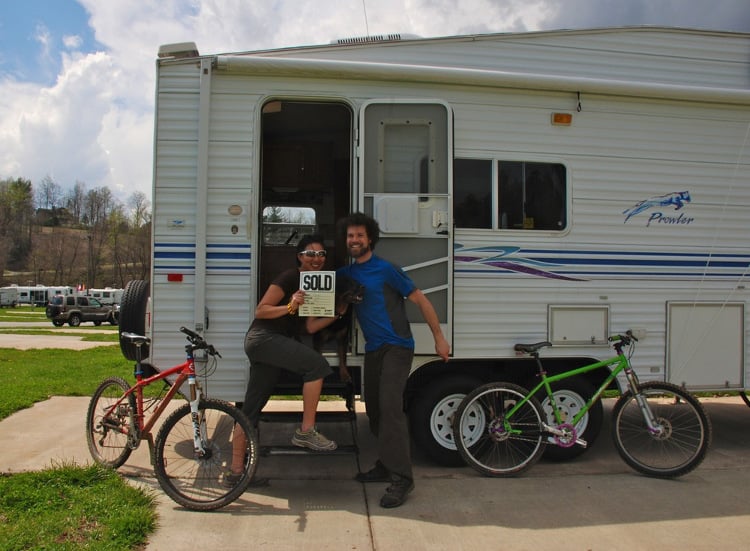 When my husband and I hit the road in our late 30s we were always the youngest ones in the park by a couple of decades. Nine years later, the full-timing demographic has been turned on its head as adults in their 20s and 30s are opting for a nomadic lifestyle that was once only a privilege for the retired.

What makes these full-timers even more remarkable is that many are hitting the road in refurbished towables and motorhomes painstakingly fixed up with their own hands. Occasionally, they’ll even go beyond basic renovations to create a home on wheels that aligns with their personal values. The two best examples that I’ve encountered on the road are Ching and Jerud, two thirty-somethings from Asheville, North Carolina.

This nomadic couple turned an ordinary RV into an all-solar-powered, eco-friendly fifth wheel. 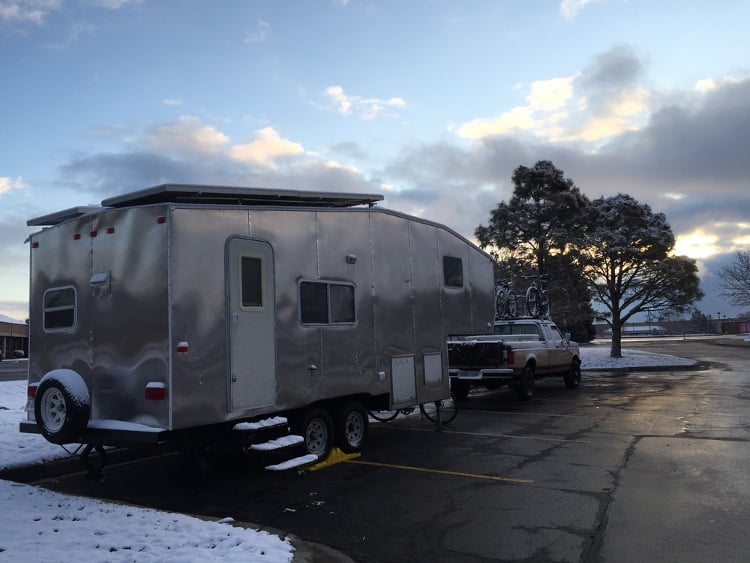 Wrapped in aluminum from roof to axles, their fifth wheel is so unusual you would have to be blind not to see it as it goes down the road.

Wrapped in aluminum from roof to axles, their fifth wheel is so unusual you would have to be blind not to see it as it goes down the road. If you also happen to miss the faint waft of french fries as the couple and their two dogs go past, your sense of smell is obviously impaired.

The Toaster is a Wonder on Wheels

Affectionately dubbed “The Toaster,” Ching and Jerud’s 24-foot solar-powered ecological wonder on wheels consumes a fraction of the energy of the typical RV. What’s even better is that neither the truck nor the rig burns fossil fuels – not even propane.

“In our everyday lives we try to be as eco-concsious as we can,” they write in their blog Live Small Ride Free. “We’re not perfect and we’re probably not even great, but we believe every little effort counts. But one of the biggest downsides of traveling in an RV is fossil fuel usage. We can’t justify driving around the country burning diesel at 10 mpg. So we decided that our truck would have to be converted to burn waste vegetable oil (WVO).

Also, most RVs are designed to rely on abundant grid-electricity and propane – which is also a fossil fuel. So our trailer would be fully solar powered. This allows us to power our travel and our lives consuming minimal fossil fuels – with the goal of being fossil fuel free.” 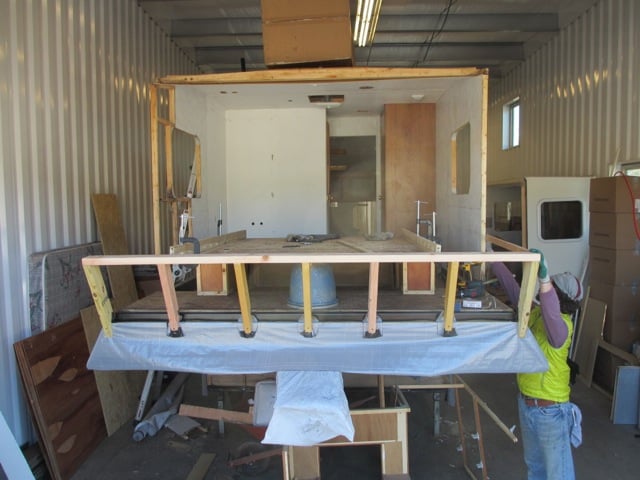 RVers like these two aren’t the norm, so locating a rig to suit their environmental choices proved impossible. Instead of waiting for the RV industry to create their dream rig, they rolled up their sleeves and did it themselves. After locating a 2001 24-5P Fleetwood Prowler and 1999 Ford F250 7.3 liters 4-wheel drive, the couple went to work and essentially rebuilt the entire rig.

From rented storage space, they dedicated a year of their after-work lives to create the ideal solar-powered eco-friendly RV. Like all RV renovation projects there were roadblocks.

After digging into the Prowler’s renovations they discovered irreparable water damage to the RV. One by one each piece of siding was removed. It didn’t take long until they were in the midst of a complete tear-down of the rig from inside and out, all the way down to the studs. Ultimately the surprising water damage allowed them more flexibility in how they made changes to the RV, like designing a new electrical system for their all-solar lifestyle and wrapping the exterior in aluminum. 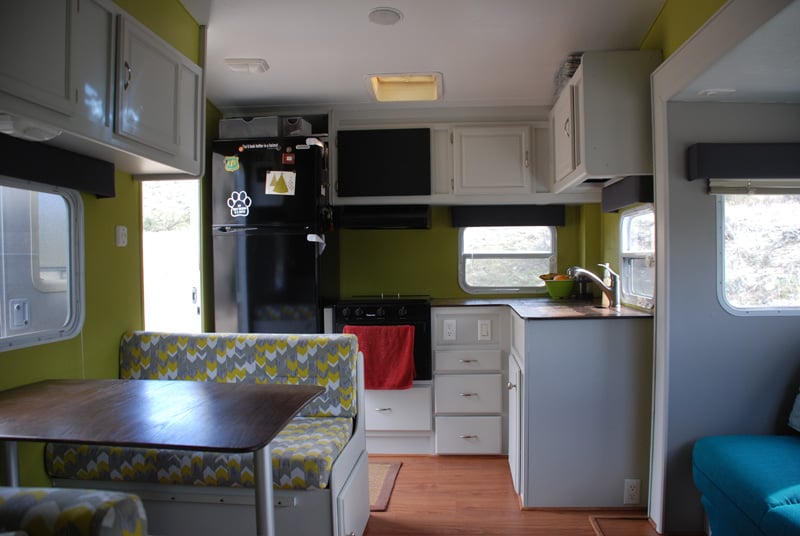 The interior is beautiful.

It was the most time consuming and expensive hurdle, but it turned out to be their most distinguishing feature that draws gawkers every time they roll. As a bonus it also gets a few nods from Airstreamers.

“I was told that when you undertake a project such as rebuilding an RV there are bound to be lots of surprises – and they are usually the ones you’d rather not have. Except I was told this after the surprises,” writes Ching in their blog.

Their hard work paid off. The Toaster is now the most eco-friendly RV I’ve ever encountered. I had the pleasure of meeting the couple and their two dogs in Southern California after spotting their RV rolling past my Slab City campsite. Later we met up in Tucson and here’s what I learned about their rig: 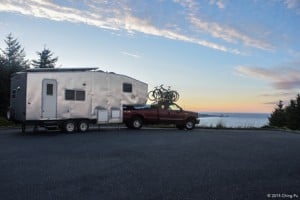 Almost a year has passed since this dynamic couple has hit the road and so far they have no plans to stop. Still on sabbatical from their old careers — he as a mechanical engineer and she as a community outreach advocate for the outdoor retail industry — Ching and Jerud are happily exploring the country with their two dogs and living life on their terms.

Check out this tour of Ching and Jared’s solar-powered, eco-friendly RV. To learn more about their unusual RV, visit LiveSmallRideFree.com

(All photos courtesy of LiveSmallRideFree.com)