You are here: Home / Columns / Two Families Stick Together To Go Full-time RVing With Kids
This post may contain affiliate links or mention our own products, please check out our disclosure policy here.

Imagine embarking on a permanent road trip with a new friend, their spouse, and their three kids. How long could you do it? Could your friendship survive the ups and downs of full-timing with kids, pets, and spouses? The Vielhaber and Forest families took that leap of faith almost two years ago and today their families are still exploring the continent together. 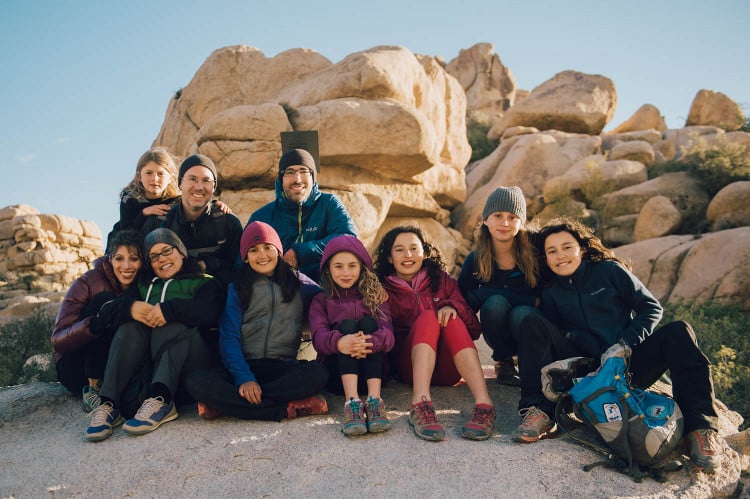 The Forest and Vielhaber families. All photos by C. Forest, RoadItUp.com

If someone had told Jennifer Vielhaber, 39, and Catherine Forest, 37, that their six kids, two husbands, and one dog would team up to travel the continent in search of adventures they would have laughed at the notion. But in 2014 when the two families crossed paths at an Oregon RV park, a once-in-a-lifetime friendship blossomed and full-time road tripping for them hasn’t been the same since.

After all, who could guess that a family from Wisconsin and another from Quebec, Canada, would share so many things in common? Each grew up speaking different languages but once they became friends, they realized how family values can transcend cultures and bring people together. 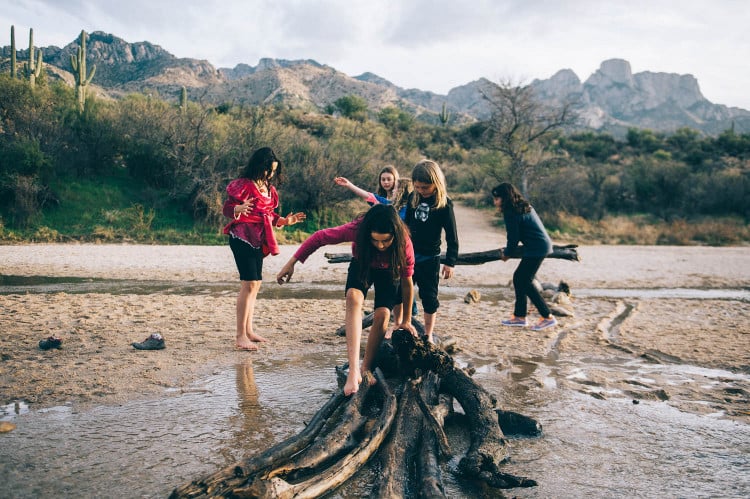 How often do two totally different families connect on the road?

Both parents, the Vielhaber’s three kids (ages 13, 11 and 9) and the Forest’s (age 11 and two 10-year old twins) became fast friends from day one. They enjoyed each others company so much that when checkout day came, nobody wanted to split up. Instead, they headed out of the RV park together, setting out on a remarkable, open-ended journey that’s built bonds of friendship rarely experienced by modern families.

“We have fun, it’s simple, it’s easy,” says Catherine. “If we feel we need space we go into our own place. We do things together. We do things separately. It’s always fun.”

College educated, Catherine and Jennifer didn’t choose homeschooling for religious reasons or to avoid undesirable influences on their children. Rather, they chose this method of education to give their kids a broader view of the world through hands-on learning in different places.

As an added bonus, by full-timing with the kids who know each other, every child gets to enjoy normal, long-term relationships with their peers. Many “road schooled” kids don’t have this kind of structure, which both women feel is essential for their kids’ well-being and character development.

Catherine’s kids had always been homeschooled but when they hit the road in their red Bluebird Wanderlodge bus, she realized that homeschooling can’t offer the advantages that roadschooling provides.  The ability to change locations and explore new museums and other educational destinations always holds the interest of her typically fickle “tween” girls. “When you’re on the road everything changes, the trails are different, there’s so many more learning opportunities,” she says. 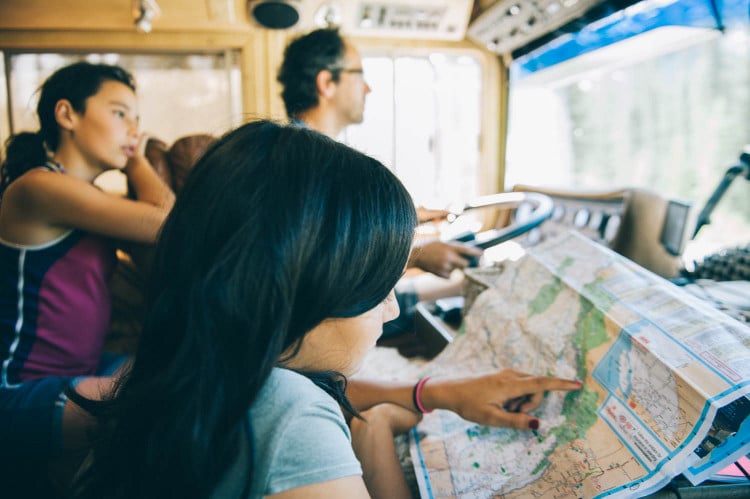 The Forest kids are always learning on the road.

“We feel like we can give our children a much better education about this country that we’re living in,” says Jennifer. “They get to see all the different ecosystems. They get to fall in love with different parts of the country and then learn from the different cultures in a way that they couldn’t by just staying at our home in Wisconsin.”

On any given day, their lives are similar to any other typical family. Both sets of parents have jobs that allow them to earn a living from the road. During the week the kids have school just like their peers. They play, they have chores, they study.

Their age-appropriate curriculum is filled with the usual math, science, and history. But that’s where the Vielhaber and Forest kids differ from others. Being on the road gives them a chance to apply theory to field lab work in the real world, something kids their age only enjoy under special circumstances. 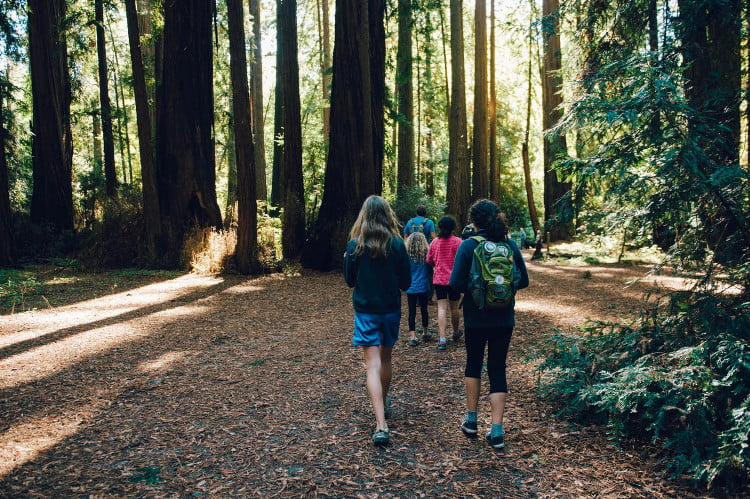 Kids get their education through touch, sight and sound.

The Forest family had a great opportunity to experience hands-on learning while they were in Colorado. “In our third grade curriculum we were studying the pueblos and the natives,” she says. “Seeing firsthand all of the pueblo dwellings, well there’s no lesson like that in a book, there’s no YouTube video that will translate what they saw. The real education is what you feel, what you touch. That says with them so much more.”

Like anything in life, there are trade-offs to full-time RVing with kids, like foregoing team sports. Jennifer says that choosing a life on the road in their Southwind motorhome means her kids won’t get the competitive opportunities that others have.

She says she’s well aware of compromises she’s made for them. “But if I were at home the reality is that I would be missing out on the chance for them to see the country and for them to meet all these different people,” she says. “Maybe there are some things that they’re lacking in, but there are other things that they’ve gained.”

Even without team uniforms, the six kids are a cohesive team like no other. Learning and growing together on the road gets them out of typical “P.E.” in a sweaty gym and hectic Saturday morning games. Instead, their families leisurely explore places on foot, by mountain bike, rock climbing, and through dozens of other activities that are helping them grow into well-rounded adults.

Currently, the two families are working their way up to the Yukon for an Alaskan adventure. Along they way they’ll all get the opportunity to strap on backpacks and hike trials that most hikers only dream of.

They’ll spend four nights on the epic Gold Rush Trail then explore Alaska until fall. After that, who knows but for now Catherine says “We’re definitely staying together, we’re not splitting up. We’re married families! It’s such a good life, we just feel so lucky.”