You are here: Home / RV News / Wildfire Destroys A Favorite Alaskan RV Park
This post may contain affiliate links or mention our own products, please check out our disclosure policy here.

South-central Alaska has not had a very typical summer.  It has been very dry, with periods of exceptionally hot (for Alaska) temperatures into the 90s.

While the weather might make a visit to Alaska nice for outsiders, for people living there it has been a difficult summer.  Most homes do not have air conditioning, and box fans were hard to find for purchase.  The drought has also affected the forests that are used to much wetter summer weather.

The Susitna River valley is home to towns like Wasilla, Willow, and Talkeetna. The Parks Highway passes through the valley and is the main transit route that takes thousands of travelers daily from Anchorage to Denali National Park and on to Fairbanks.  While Alaska typically has seasonal wildfires in more remote areas, fires in this populated corridor can quickly become threats to people’s lives and property.

The weekend of August 17 proved to be very windy.  So windy that powerlines were blown down, sparking numerous wildfires all over the populated Susitna River valley. While local firefighters were able to get control on many of the sudden fires, two of these fires, including the McKinley Fire, quickly grew.

Fed by strong winds, the McKinley Fire quickly spread south down both sides of the Parks Highway. Within 2 days, the fires had consumed over 51 homes, 3 businesses, and dozens of outbuildings along the way. 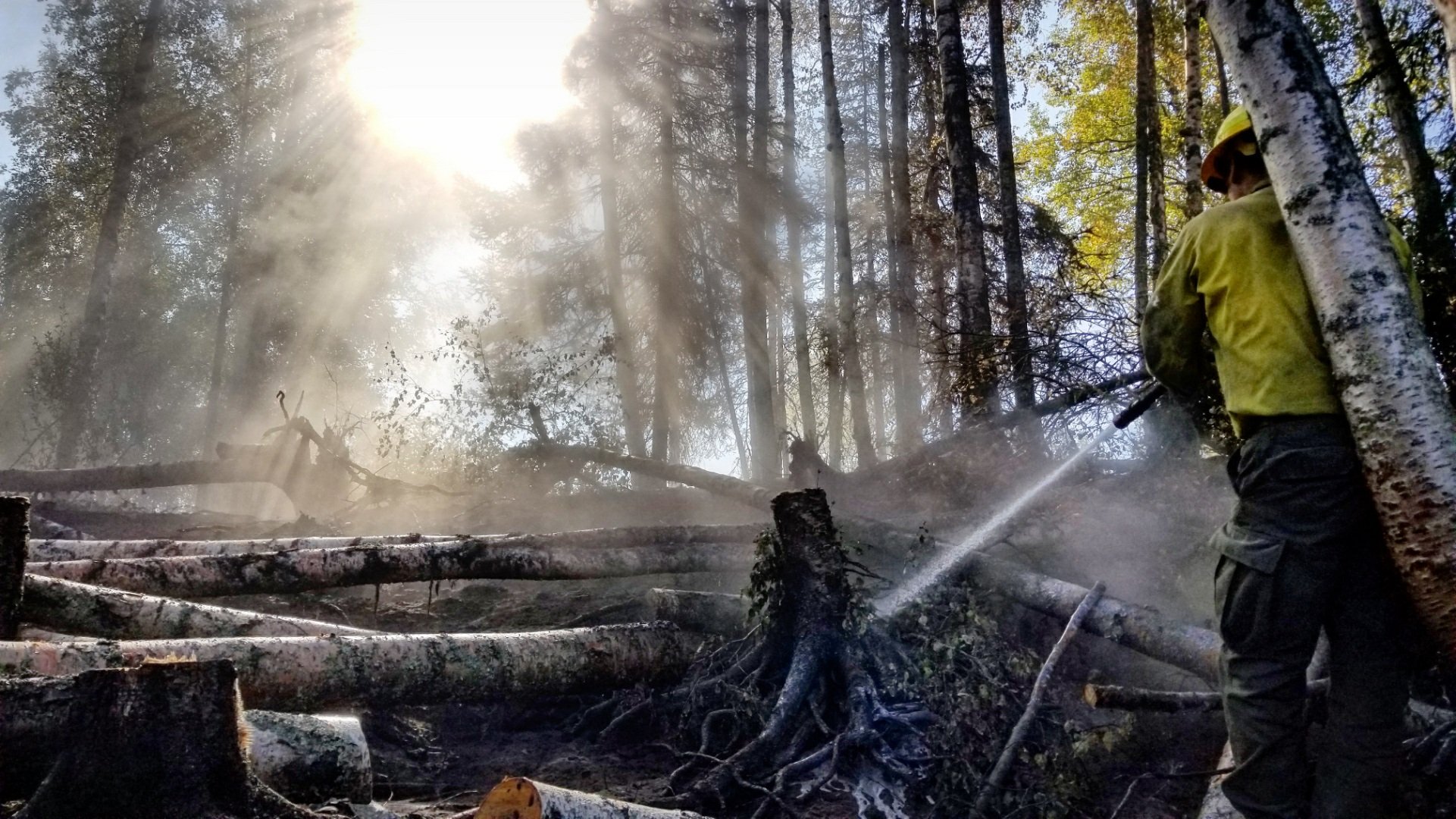 A week later, the McKinley Fire is still burning out of control with only 10% containment.  Fire crews from all over have been dispatched to protect structures and try to control the blaze.  Hundreds of people remain evacuated, hoping for rain and waiting for news on the fire efforts.

One of the losses taken by the fire was the Mat-Su RV Park.  The RV park is a family-run park that is a popular stop for people visiting Alaska as it is halfway between Anchorage and Denali National Park, as well as providing nice amenities like laundry and running water.

The fire was on the RV park almost before anyone realized what was happening.  (There is not a reverse 911 system in place in many areas of Alaska.)  The owners and guests evacuated almost before it was too late to leave.

The fire consumed the entire park, including the 77-year-old owner’s residence and all of her belongings.  The Mat-Su RV Park website now states, “Unfortunately due to the forest fires near Talkeetna, we lost the campground and will not be able to accommodate any travelers for the foreseeable future.”

The Mat-Su RV Park is a popular spot, and with the summer season still in effect, travelers should be aware that the popular campground is not available.  RVers looking for accommodations are being referred to Montana Creek RV Park, five miles north.

Travelers moving through the area should be advised that fire activity may cause significant delays or road closures at any time.  Please yield to all emergency vehicles and crews working the fire in the area, and do NOT go “sightseeing” in burned areas (these are people’s homes and businesses that are lost).

A GoFundMe account has been set up for those wishing to help the Mat-Su RV Park rebuild. Learn how you can help here.