You are here: Home / Top Stories / Our Close Encounter With A Tornado Storm
This post may contain affiliate links or mention our own products, please check out our disclosure policy here. 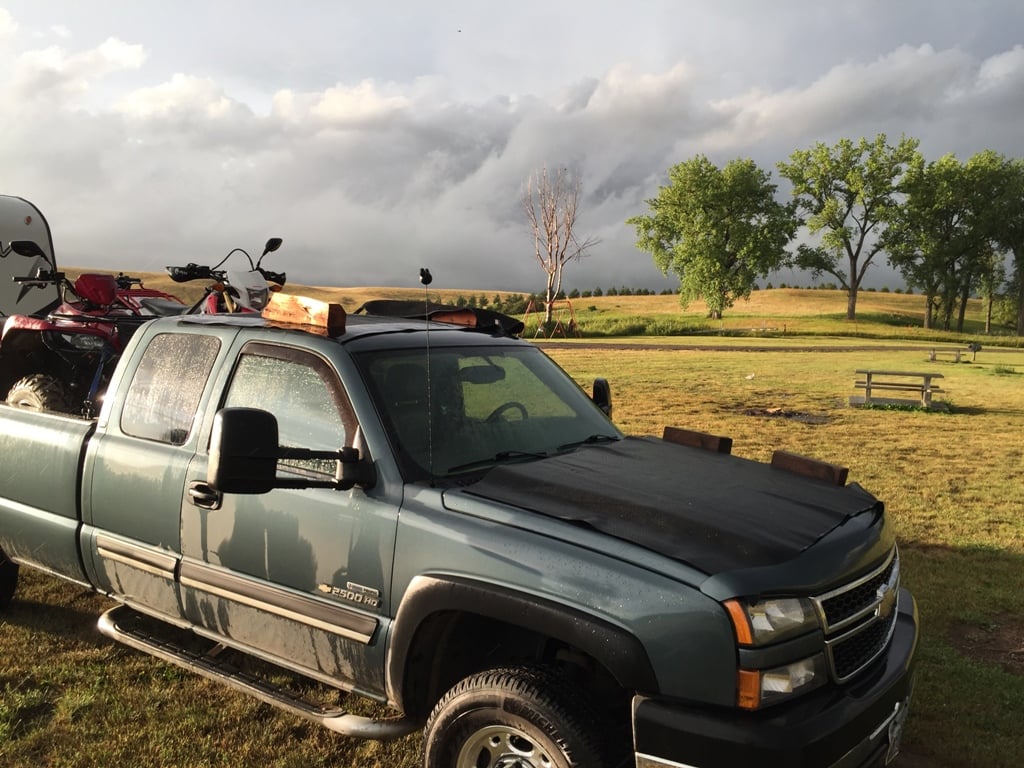 Our attempt to protect the tow vehicle

Our Close Encounter With A Tornado Storm

We had just finished dinner and I was picking up trash left by less thoughtful campers around our campsite at North Carlson Lake, located in the rural farm country of western North Dakota, when a truck passing by circled around and approached me.

The gentlemen in the truck informed me that a large thunderstorm was approaching and weather alerts had predicted winds up to 60 MPH and hail. I asked him what size hailstones were predicted, but he didn’t know.

I thanked him and he proceeded down the campground where he spotted our friends who were out for an after-dinner walk and informed them as well. He even offered the use of one of his outbuildings for shelter from the storm if we wanted to drive about a mile up the road to his farm.

Once our friends returned we discussed what to do and used weather apps to view radar images of the storm on our smartphones. The colors of the radar echo showed nothing more severe than a storm we would experience at home in the Pacific Northwest, where we never experience large, vehicle-damaging hail storms, so we decided to stay put and “watch the show.” 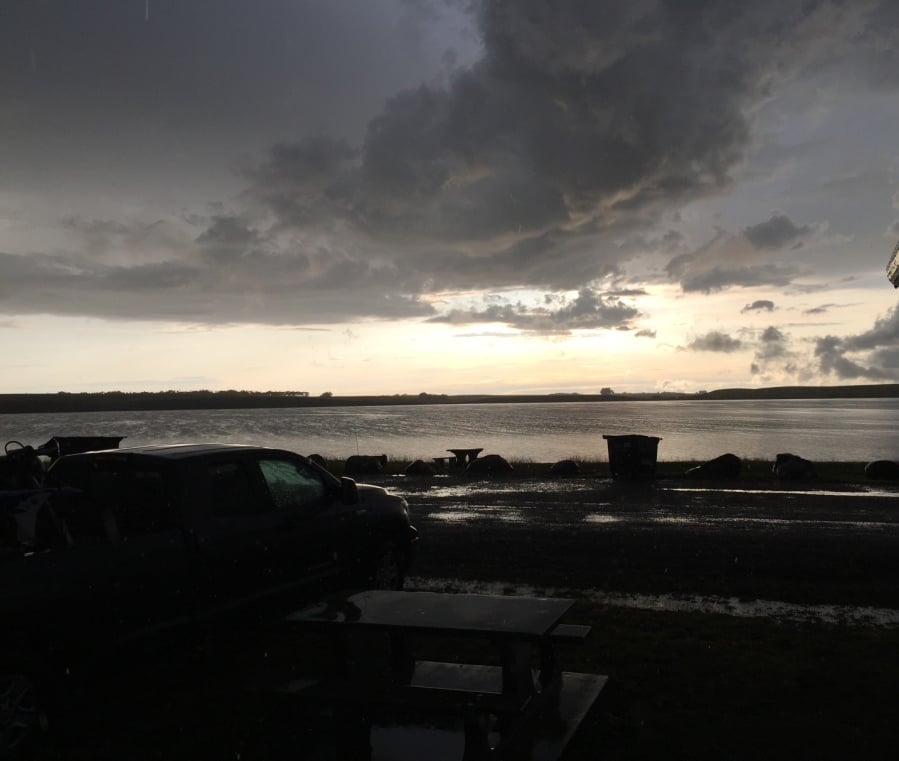 The tail end of the storm

Camping in the middle of a tornado storm

As we were watching the storm approach, we spotted a large two-engine airplane emerge from the menacing clouds. My friend commented that it looked like one of those airplanes that he sees on storm chasing shows on TV.

No sooner had he said that when the plane made a sweeping turn and reentered the storm. Taking the farmer’s warning a little more seriously, we used the mats we normally have under our awnings to cover the hoods and roofs of our tow vehicles in the hopes it would prevent damage if we were to experience large hailstones.

The storm arrived over us dropping heavy rains with only moderate winds and no hail. No sooner had we thought we were “in the clear” then tornado alerts from the National Weather Service started going off on our smartphones informing us to “Take Shelter Now.” The only form of shelter anywhere in the campground or surrounding area was a concrete vault toilet with a side for Men and a side for Women.

The rainbow after the storm

Fortunately, it was still daylight and we had a clear field of view if a tornado were to approach or descend upon us, so we stayed in the RVs diligently watching, hoping to not need to use the bathroom!

The storm luckily moved on with no damage to life or vehicle, leaving us with one more adventure in RVing to share with you.

For those of you that find yourself RVing through tornado country, I suggest you read this blog entry to prepare yourself.