You are here: Home / Blog / Stay At Route 66 RV Resort Near Albuquerque
This post may contain affiliate links or mention our own products, please check out our disclosure policy here.

Though Route 66 officially disappeared from road maps in 1985, the legendary 2,500 mile Mother Road lives on in the hearts and minds of many today who travel the highways and byways of America.

In its heyday, Route 66 ran east to west, from Los Angeles to Chicago, and through eight states including New Mexico. Just outside of Albuquerque there’s a nod to the past: Route 66 RV Resort. 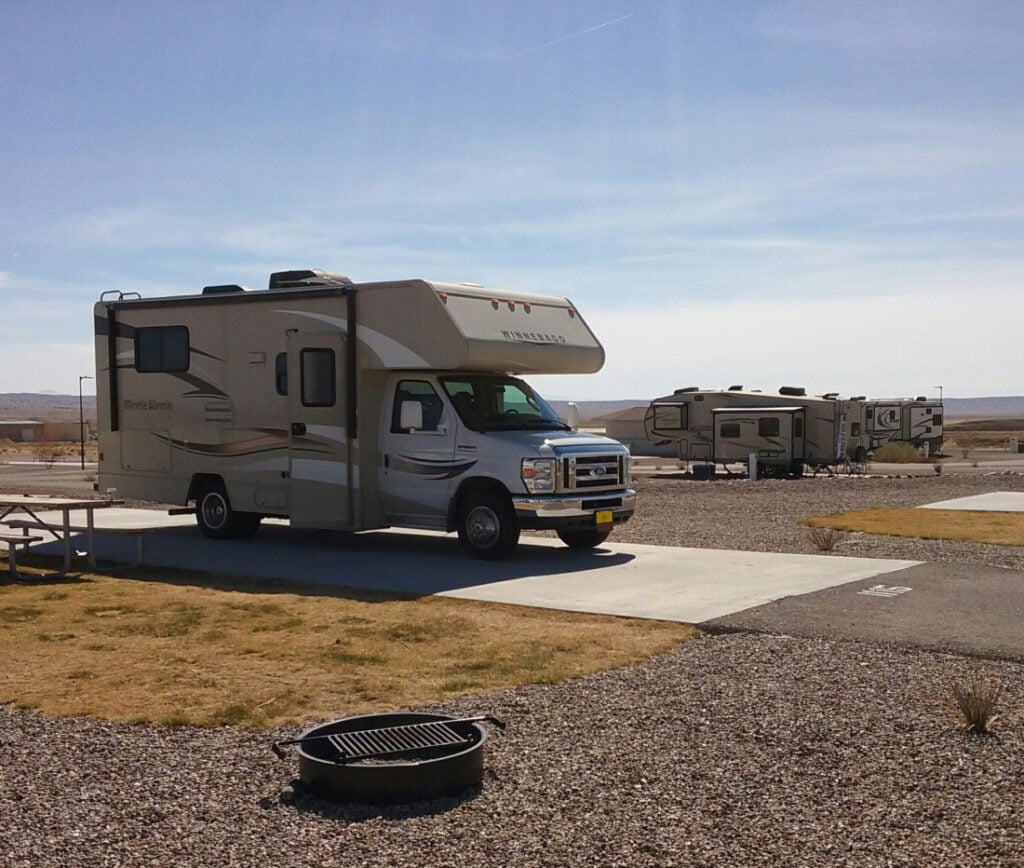 “My back-in site. It is spacious with a fire ring, picnic table, and a level concrete pad.” – via ArmandV on CampgroundReviews.com

A short walk from the park is Route 66 Casino, which offers gambling, dining, entertainment, and more. 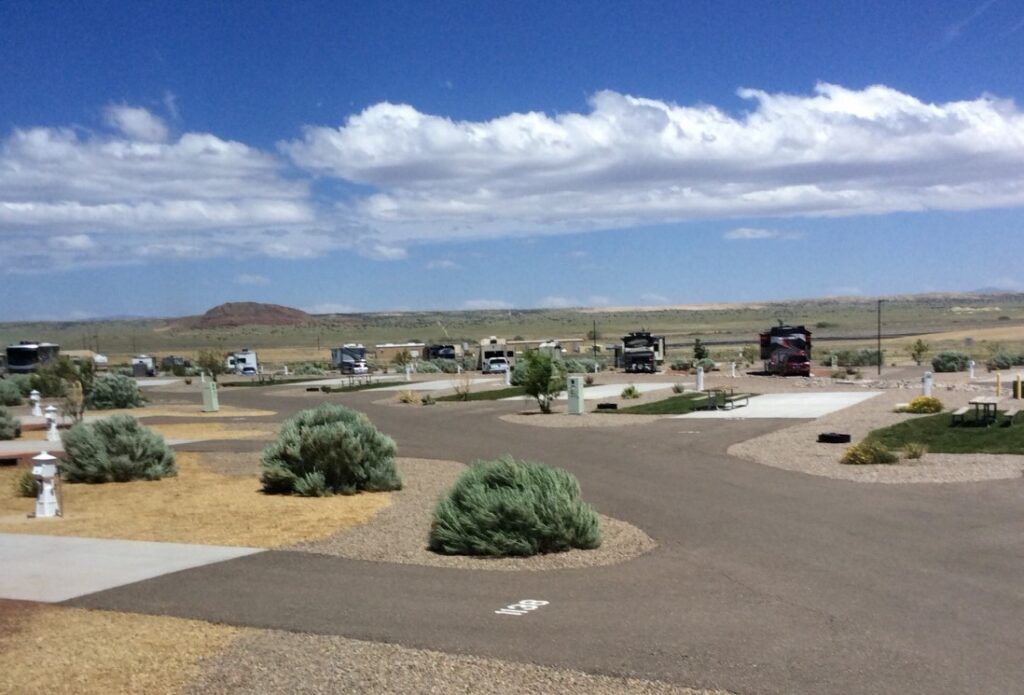 If you’re looking to play a round of golf, one of the best public courses in the state is the University of New Mexico Championship Golf Course in Albuquerque. Opened in 1967, the par 72, 18-hole course stretches to a whopping 7,555 yards from the championship tees and sits at an elevation of 5,300 feet. The university also offers the nine-hole North Course that measures 3,305 yards. It’s also open to the public.

For a spectacular view of the expansive Albuquerque area, take the Sandia Peak Tramway to the 10,378-foot crest of the Sandia Mountains. The 15-minutes tram ride to the top unfolds a panoramic view of the surrounding area. While at the top, you can hike trails, have lunch, take innumerable photos, and even snowshoe or ski in the winter. 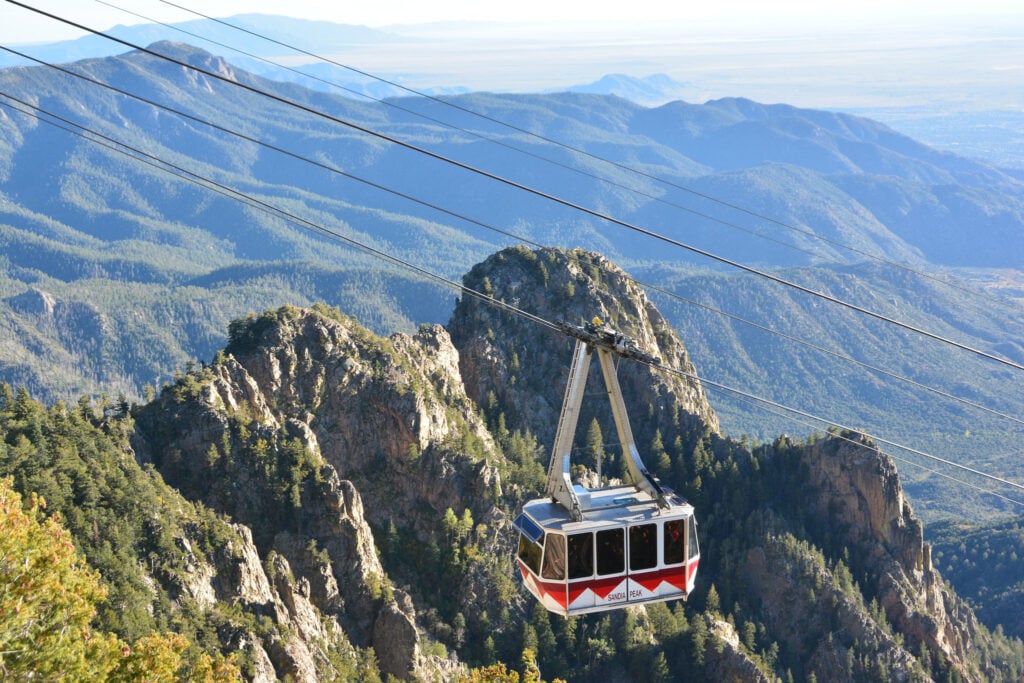 Albuquerque is one of the cultural centers of the Southwest. There are many museums to visit, including the Maxwell Museum of Anthropology, National Atomic Museum, Albuquerque Museum, University of New Mexico Fine Art Museum, Indian Pueblo Cultural Center, and the New Mexico Museum of Natural History.

A fun fact about the city: Albuquerque was the home of famed war correspondent Ernie Pyle who wrote, “If we could have only one house, then it has to be in New Mexico, and preferably in Albuquerque.” Pyle’s home in Albuquerque is now a memorial library.

For more details about the greater Albuquerque area, check out visitalbuquerque.org. You can also learn more about Route 66 RV Resort on CampgroundReviews.com.