You are here: Home / Top Stories / Will the Texas Beach Camping Murders Change How You Camp?
This post may contain affiliate links or mention our own products, please check out our disclosure policy here.

Murders aren’t usually the topic of conversation among RVers. But then again, two recent Texas beach camping murders aren’t your every day homicides. The tragic end of James and Michelle Butler’s lives has RVers buzzing with chatter all over the Internet. Many like myself are questioning the safety of free camping in remote places.

The Butlers Did What Other RVers Do All The Time 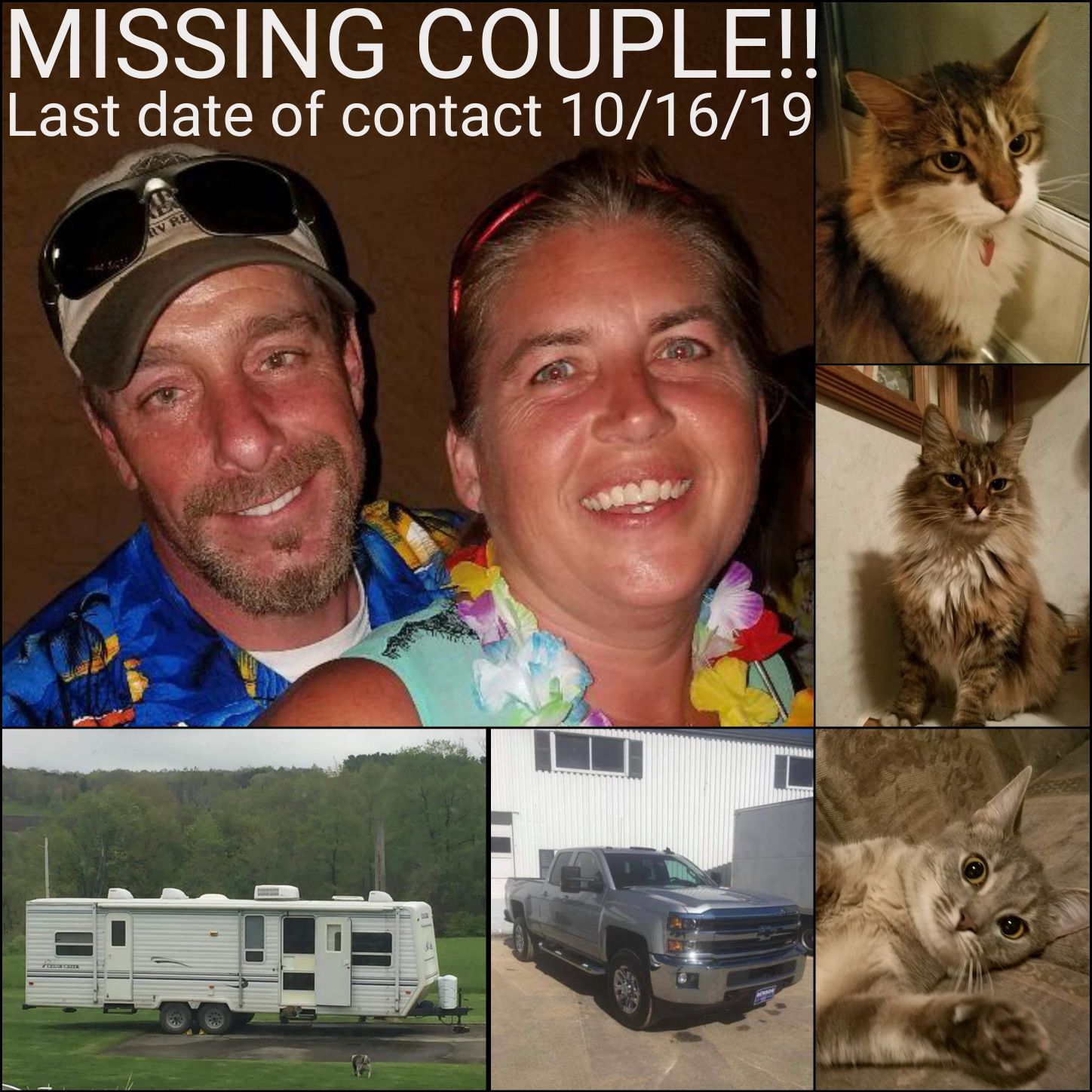 James Butler had recently retired from the U.S. Navy when he and his wife Michelle decided to give the full-time RVing lifestyle a try. The New Hampshire residents were full-time RVers for just over a year when they took a break from a series of workamping jobs.

After staying in a Corpus Christi RV park along with their three cats, they packed up and went boondocking on a lonely stretch of Corpus Christi shoreline.

The Butlers set up camp in a free spot near Padre Island National Seashore between Mile Markers 263 and 264. It’s called “The Bowl” and it’s near the border, but in an area considered as “family friendly” according to locals quoted in news outlets. The stretch of sand has few people, wide open spaces and oceanfront views.

Over the years thousands of people have gone camping on the Texas Gulf Coast. The Butlers may have discovered that free spot in one of the many free campsite websites throughout the Internet.

Once settled, they called their relatives to tell them they found their new home for a week or two and were never heard from again.

What Happened to the Butlers?

Less than two weeks after losing contact with relatives, authorities found their remains buried in the sand on October 27, 2019. Days later, the Kleburg County Sheriff Department released photographic proof of a man driving the Butlers’ truck and trailer over the Mexican border.

According to the sheriff’s office, a convicted Utah felon, 33-year-old Adam Curtis Williams and a person of interest, Amanda Noverr, also with a criminal background, crossed at the Piedras Negras Mexico border crossing with the couple’s RV. Williams and Noverr were arrested in Mexico less than two weeks after appearing on surveillance video. As of press time they are are awaiting extradition to the United States.

Did they Know the Texas Beach Boondocking Spot Was Dangerous? 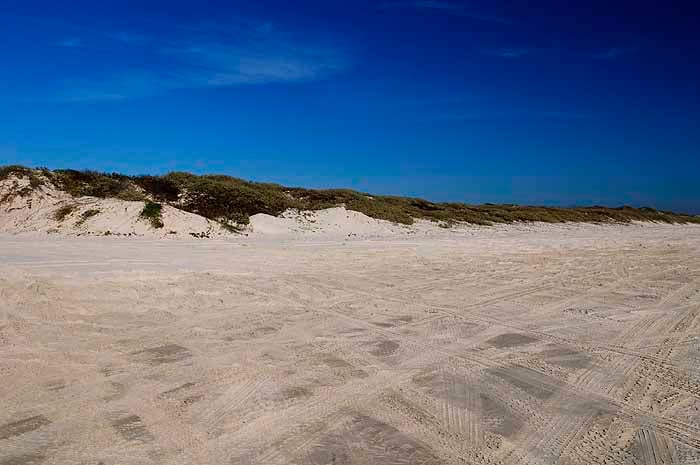 Each day, RVers like myself travel all over the U.S. doing exactly what the Butlers did; we take advantage of free camping spots. Sometimes it’s in parking lots, and other times you’ll find us in the same kind of scenic area where the Butlers were killed.

Speaking from personal experience gained from twelve years full-time RVing, nine times out of ten my husband and I do what other RVers do when choosing a free campsite: we rely on street smarts and other RVers for information about a destination. Checking the crime statistics ourselves for an area that already seems safe just isn’t something we’ve done. But now, I’m thinking perhaps we should.

“The Butlers are among five people who have been reported missing in the Coastal Bend over the last two months. Bradley Brooks hasn’t been seen or heard from since August. His car was found at the end of Stingray Road which is near NAS-Corpus Christi. Ruben Galvan was reported missing on Sept. 22. The 48-year old man is known to frequent the downtown area. And the Corpus Christi Police Department still is looking for Jessica Martinez. She was reported missing last Wednesday.”

The Pros and Cons of Camping Choices

It’s safe to assume that if the Butlers had known about those missing people, they probably would have camped elsewhere. We’ll never know for sure what went through their minds when they picked that spot, but debate about their sad story is taking place all over the Internet, in places like the iRV2 Forum Topic, “Caution for Texas Campers.” 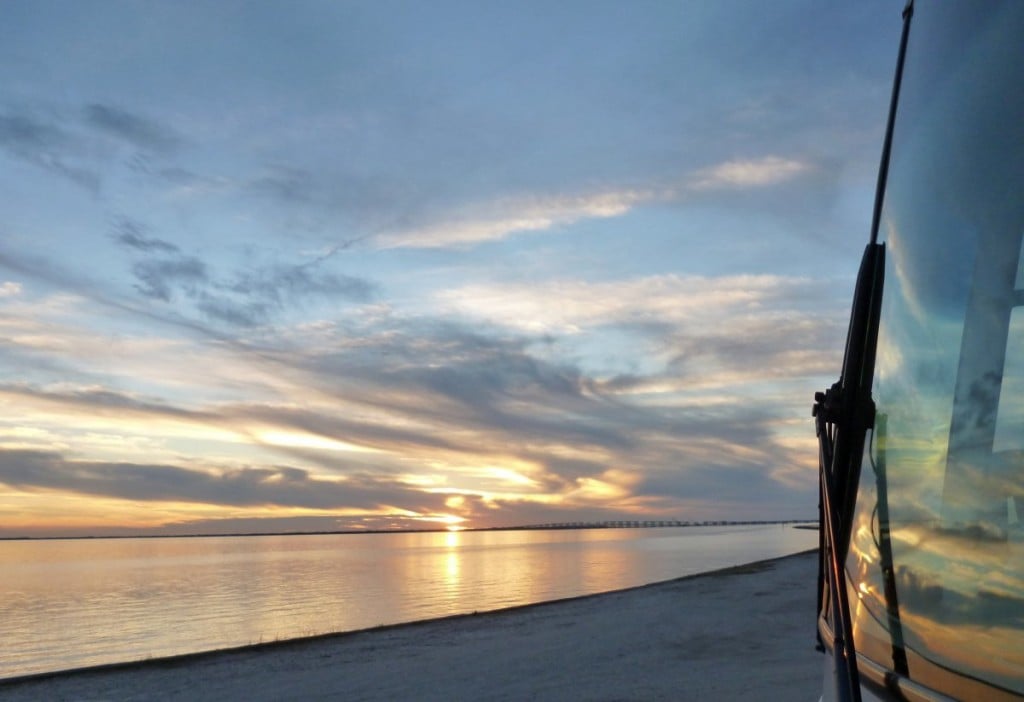 Some iRV2 members believe that all choices have some form of risk. They won’t change the way they camp just because of this murder.

“If we never went to a city/destination where someone was murdered, we’d all be living in Antarctica. Baton Rouge and New Orleans are the murder capital of Louisiana, but people still go there in droves. If you knew how often people are murdered there, you wouldn’t dare go anywhere near it. Murder doesn’t even make the evening news anymore. The fact that this incident made the news and is being shared around is actually evidence that it’s incredibly rare. There really isn’t a reason to change your plans or be any more afraid of Corpus Christi or Padre Island than you were a year ago. Just keep doing whatever you’ve been doing to keep yourself safe. – iRV2 member itchytoe

Other RVers say that taking a chance on free, isolated campsites puts you right in the path of criminals.

From what I read online I get the impression that more and more RVers are choosing to find “non-traditional” places to spend the night rather than paying to stay in RV parks. Parking lots, rest areas, etc, now seem to be the locations of choice for many people. IMO there’s nothing wrong with that; people are free to make their own choices. But there’s inherently less security in, for example, a Walmart parking lot than there is at an RV park. My wife and I stay exclusively at RV parks and/or other established campgrounds (State, federal, etc). For us the security is worth the $30-40/night we typically end up paying. JMO – iRV2 member docj

Will the Texas Beach Camping Murders Change How You RV?

Every day, untold numbers of RVers like myself decide to skip paying rent and stay outside of a traditional campground or RV park. We may or may not be putting themselves in harms way and hopefully we’ll never know. One thing is certain, however. The next time my husband and I choose to boondock in an out-of-the-way spot, the Butlers will definitely be in our thoughts.

Are you one of the many RVers who choose free campsites over paid? How have the deaths of the full-timing couple affected you? Will this tragedy change where and how you camp? Why or why not? Comment below and share your opinions.