You are here: Home / Top Stories / 4 Things You Need To Do In Great Falls, Montana
This post may contain affiliate links or mention our own products, please check out our disclosure policy here.

Great Falls sits along the Upper Missouri River and has been inhabited since about 10,000 years ago when the area was used as hunting grounds by the Salish and Blackfeet tribes.

The infamous Lewis and Clark Expedition brought the first white people to visit the area in 1805.  The town developed and was founded in 1883 as an industrial city that could be reached by steamboat and powered by hydroelectricity provided by the series of five waterfalls in close proximity.  Today, each of these waterfalls supports a hydroelectric dam that helps provide power to the city.

Great Falls is known for its diverse landscape, historical significance, and emerging art and cultural scene.  Ranchers, artists, students, and outdoor enthusiasts intermingle creating a unique cultural fabric in Montana’s third largest city.  If you are visiting or traveling through Great Falls, there are some fantastic parks that you should visit. 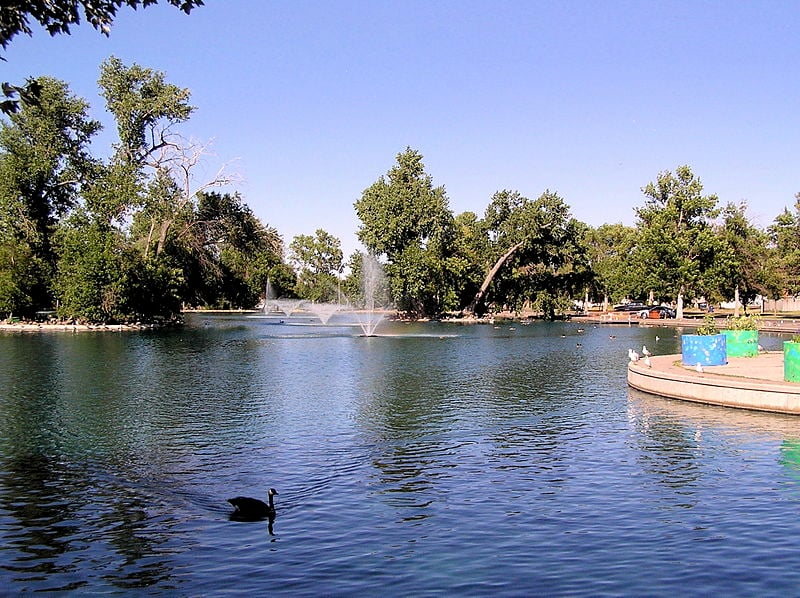 The duck ponds at Gibson Park in Great Falls, MT (Photo by Montanabw/Wikipedia)

1. Take a Walking the Dead Tour.

A great way to explore some of the local history of the Great Falls area is to hear the stories of the past residents.  Great Falls hosts an annual Walking the Dead tour at the Highland Cemetery.

You can walk or take a hayride to visit the featured graves and hear from storytellers who have delved into the authentic history of each person’s legacy to tell their story as accurately and respectfully as possible.  Often it is a family member telling the story.

Proceeds from the tour go to the People’s Park and Recreation Foundation to be used for civic improvements like planting trees at the cemetery and painting the bandshell in Gibson Park.

The expedition spent more than a month exploring the area, encountering hardship and danger as they trekked 18 miles, carrying their canoes, equipment, and supplies to bypass the five waterfalls along the Missouri River.

Located next to the Lewis and Clark Interpretive Center, this beautiful area includes one of the largest freshwater springs in the United States.  The spring is formed by an opening in the Madison Aquifer that discharges about 240 cubic feet of water per second. 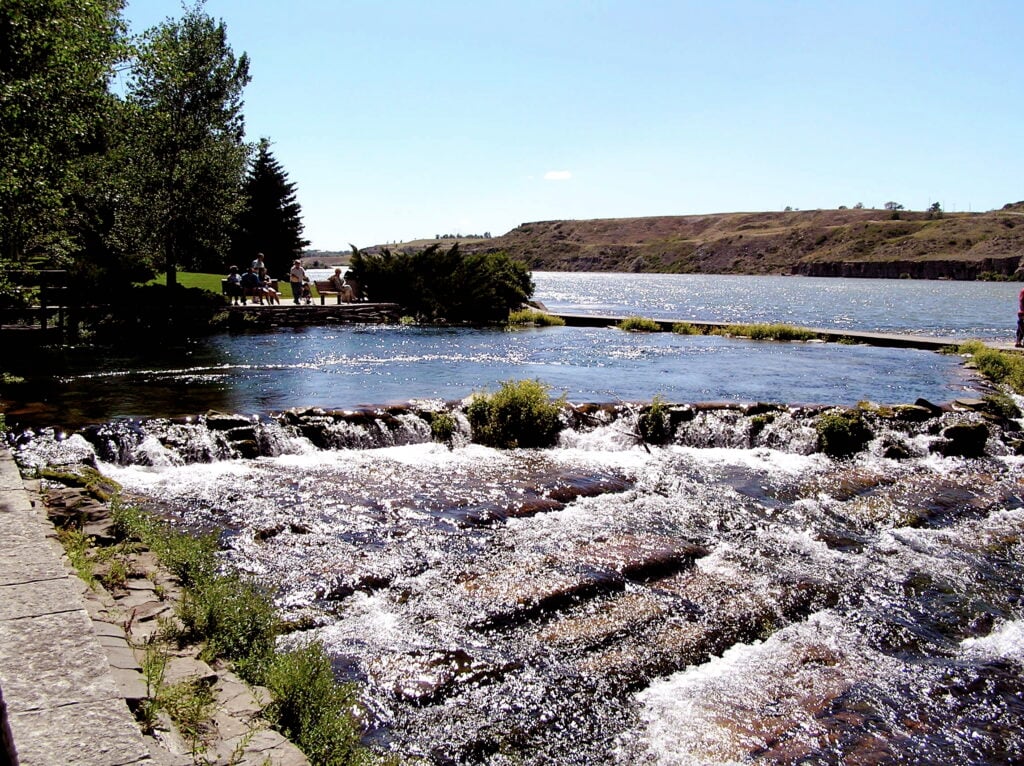 Some of the water is bottled for human consumption and is also used for a trout hatchery.  The park stretches along the banks of the Missouri River and includes several hiking trails and fishing areas.

4. Unwind at the Sip ‘N Dip Lounge at the O’Hare Motor Inn.

The Sip ‘N Dip takes you back to the era of tiki theme bars.  It opened in 1962 and has become a bit of a cultural destination in recent years thanks to being mentioned in GQ magazine as the “#1 bar worth flying for”, on the CBS Sunday Morning show, and the New York Times as the “Campiest Place on Earth”. 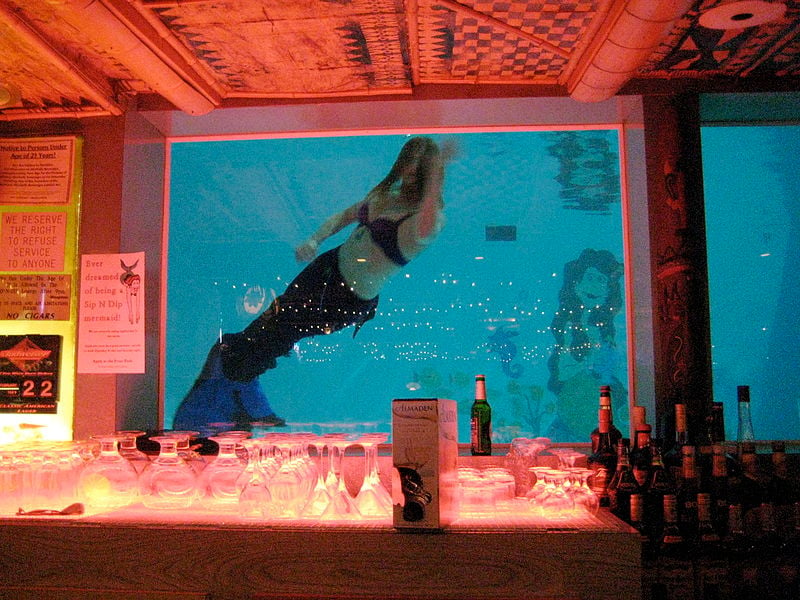 As strange as it may seem to have a northern land-locked area known for a tiki bar, the Sip ‘N Dip features attractions like swimming mermaids and mermen that can be viewed through a window from the bar to the pool, and “Piano Pat”, the octogenarian jazz piano player that has been playing at the bar since 1963.

There are several RV parks in and around Great Falls, including Dick’s RV Park, the Malstrom AFB FamCamp, as well as boondocking sites in the Little Belt Mountains a short drive away.