You are here: Home / Columns / Dish D’Lish / How To Grill Lobster Tails On Your RV Grill Without Ruining Them
This post may contain affiliate links or mention our own products, please check out our disclosure policy here. 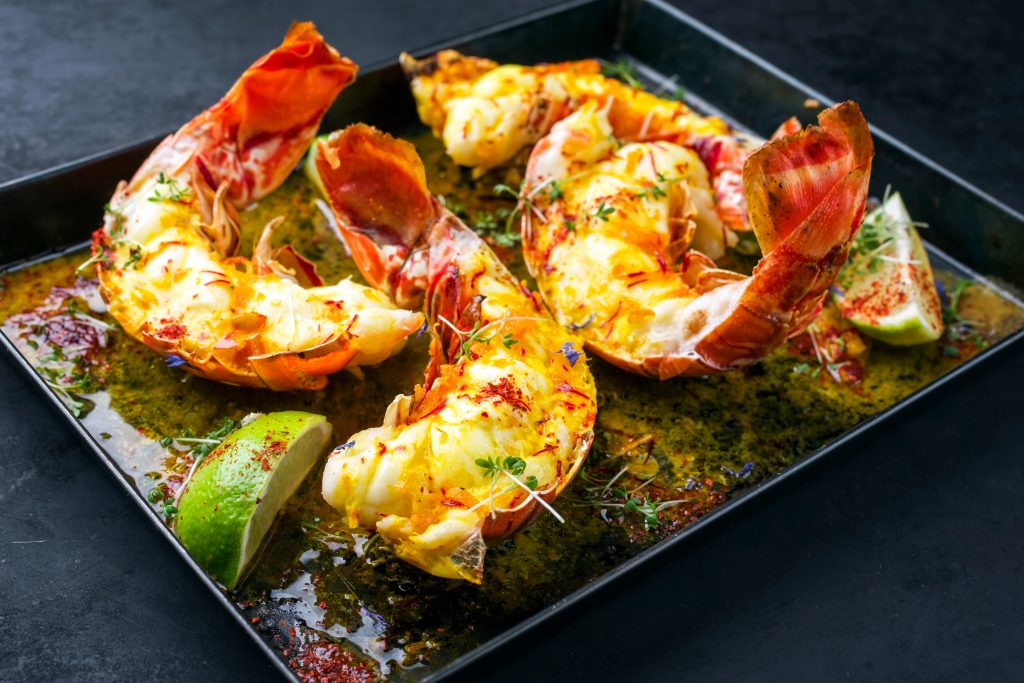 A Guide To Cooking Lobster On A BBQ (Without Ruining Them)

RVers love cooking out, it’s part of the allure of RVing and the outdoors. After a while, however, every RVer needs a change from steaks, brats, and burgers.

We’d all like to try our hand at cooking lobster tails on the RV grill. Lobster is healthy and delicious, but it can be intimidating to know where to get started if you have never prepared it before. Those massive claws and hard red shell!

Lobster tails are an easy introduction, especially if you choose frozen tails. Read our guide on how to prepare a lobster tail, and you will be able to serve delicious barbecued lobsters and enjoy them in front of your motorhome on your next trip!

Why choose lobster tails for your barbecue?

A lobster tail contains plenty of flesh and is easy to handle compared to other parts of the crustacean. It can be chewier than claw meat because of the way lobsters use their tails and more flavorful.

You can use a live lobster or fresh or frozen lobster tails. Frozen lobster is usually the best guarantee of quality if you live somewhere inland and cannot face dealing with a live lobster. Just make sure you allow it time to thoroughly defrost and then use it immediately.

If you are traveling in an RV, we recommend buying freshly caught lobster from a seaside town and enjoy the barbecue as the sun sets by the sea. 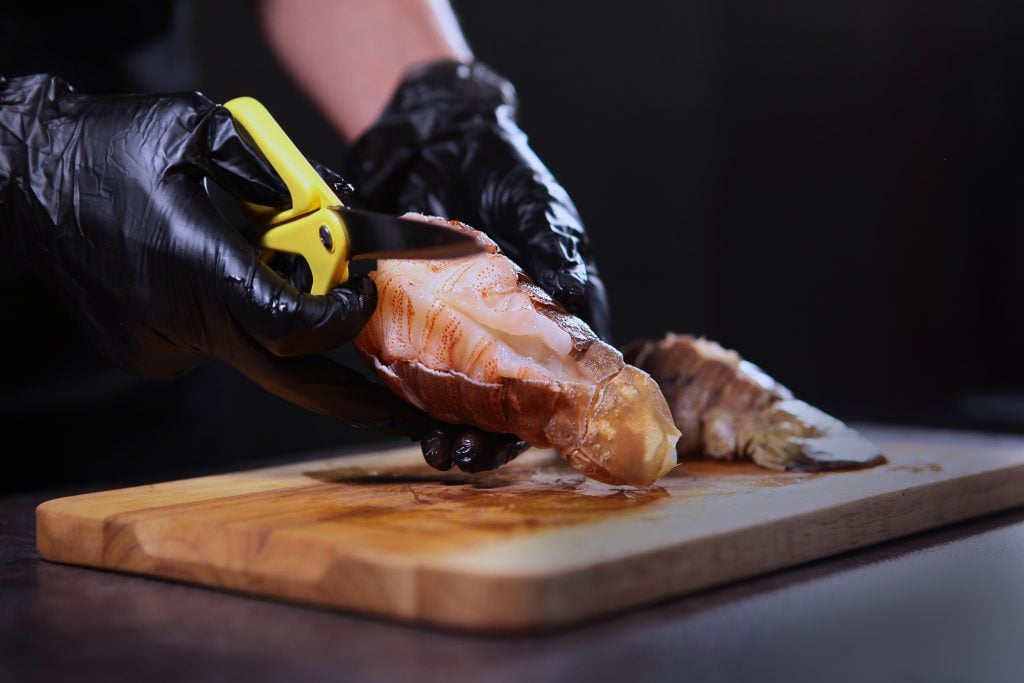 How to prepare lobster tails

Whether you bought fresh or frozen, the first step is to thoroughly rinse the tail’s exterior. Use a kitchen scrubbing brush under running water and tackle the shell – not the flesh! Don’t plunge the entire tail in the water, as you don’t want the lobster flesh to absorb any liquid, leading to a watery-tasting lobster.

You may need to devein the lobster – if you are lucky, they may already have been deveined. If not, don’t worry; it’s not as tricky as it sounds. The vein runs through the center of the tails. To take out the vein from an entire lobster, firmly grip the exposed vein at the meaty end of the tail and tug. It should come out in a single long cord.

It is also possible to devein them by slicing the tails open. Cut the tail lengthwise to butterfly it, using kitchen scissors or a very sharp knife, and then manually remove the exposed vein.

Grilling lobster tails without any fuss

You can tell that the lobster tail is cooked as the shell will have turned a lovely scarlet color, and the flesh will be a pearly white – and opaque, not see-through. However, if you are unsure, you could use a thermometer – if the interior is 140°F, it is definitely cooked.

Always use your eyes and nose to judge the cooking time, rather than the clock, if you want to avoid overcooking lobster.

What to serve with barbecued lobster tails?

The beauty of lobster tails is their versatility as well as their deliciousness. Serve with fresh, crusty bread and salad, and home-made mayonnaise always works well. Other popular accompaniments are steak – for a surf n’ turf combo – and different types of seafood, such as mussels and clams.

If you want the tail to be the star of the barbecue – and why wouldn’t you? – serve with more plain side dishes, such as asparagus, rice, vegetable sides like potato salad or boiled rice.

Grilling the tails take roughly the same time as boiling and steaming them but can surely bring the dish to a whole new dimension. Barbecued lobster tails have a charred, smoky flavor, one of the world’s most incredible culinary treats.