You are here: Home / Great RVing Destinations / Camp In Peace & Quiet At The 3 Least-Visited National Parks
This post may contain affiliate links or mention our own products, please check out our disclosure policy here.

According to the 2016 visitation statistics, over 11.3 million people visited the Great Smoky Mountains National Park, nearly double the number that visited the second-most visited Grand Canyon.

By contrast, fewer than 50,000 people combined made the trek to visit the three least-visited national parks.  Whether you are looking for a unique and uncrowded wilderness adventure, or you are working on visiting all of the National Parks, the diverse splendor of Lake Clark, Kobuk Valley, and Gates of the Arctic National Parks should be on your list. 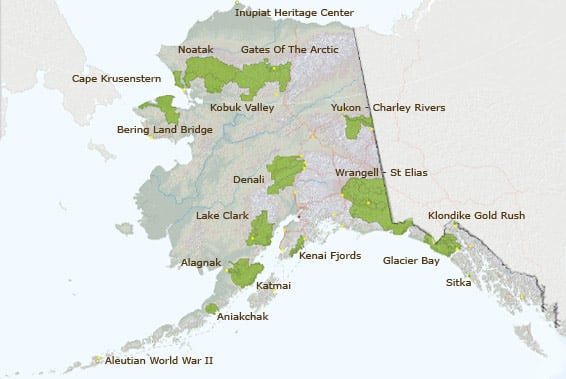 Alaska is home to eight National Parks and twenty-four official National Units.  Most are not on the road system.  Because of their remote locations and travel logistics, they can be daunting to try to visit. But if you have traveled to Alaska, getting to see some of these far-flung national treasures will give you an unequal appreciation of the diverse beauty and natural wilderness that our northern-most state holds in her boundaries.

Lake Clark, Kobuk Valley, and Gates of the Arctic National Parks are not accessible by road, so access by bush planes that are able to land on the sand bars along river edges provides visitors the ability to choose prime and isolated locations to explore. 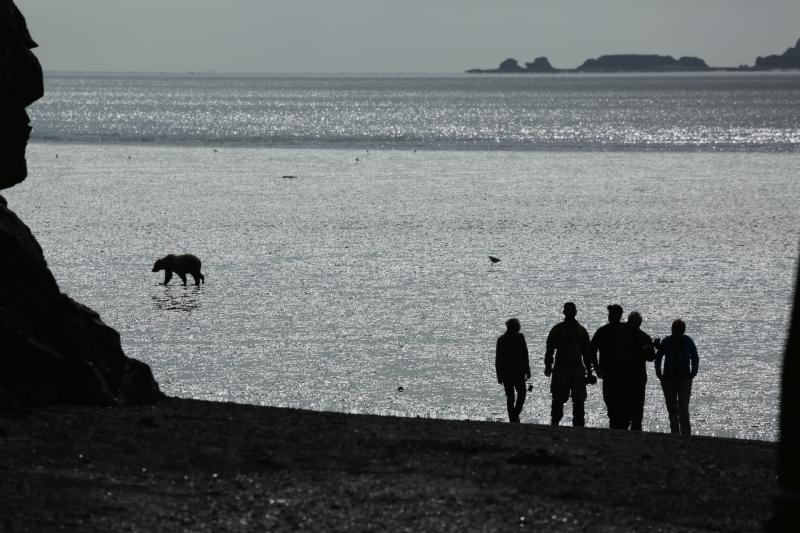 Lake Clarke National Park and Preserve encompasses over 4 million acres of land along the Aleutian Range and the Alaska Range on the west side of Cook Inlet. Lake Clark includes two active volcanoes: Mount Redoubt and Mount Iliamna.

Dick Proenneke spent nearly 30 years living alone in a log cabin he built on the shore of Twin Lakes within what is now the park boundary.  His cabin and homestead were left to the National Park Service when he died in 2003 and still stand as a testament to his craftsmanship.

The park is about an hour and a half flight from Anchorage by bush plane or can be accessed on the east side by boat from the Cook Inlet.

Kobuk Valley National Park is 25 miles north of the Arctic Circle, and famous for its caribou herds and sand dunes. According to a recent visitor, the landscapes of Kobuk Valley NP are “like the Sahara Desert was dropped into Alaska”, and not what most visitors would expect from northwestern Alaska. 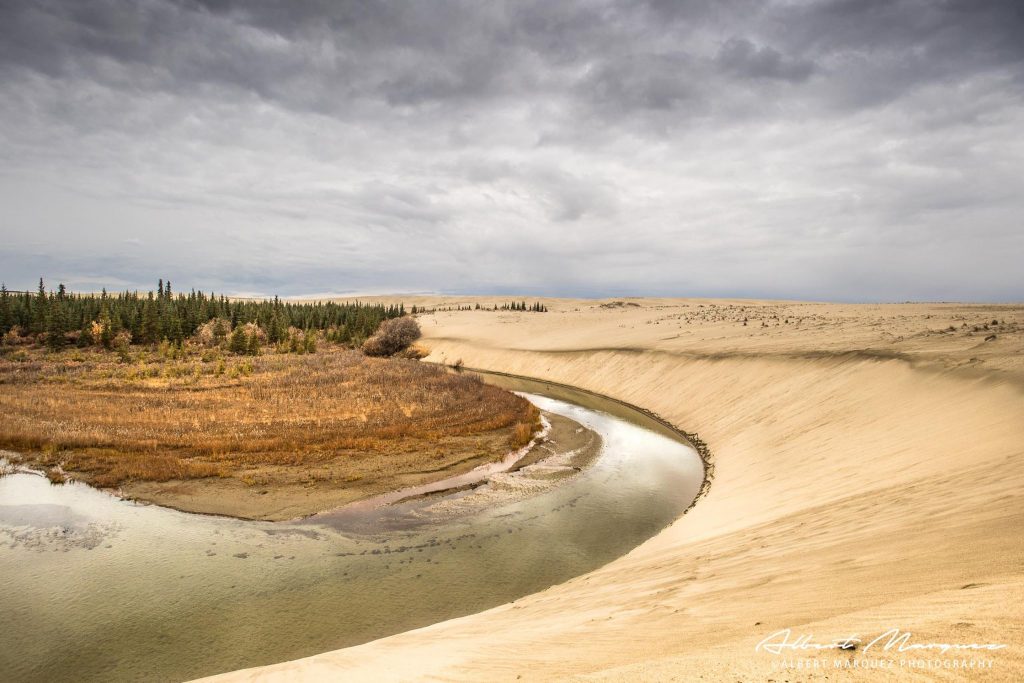 The broad valley of the Kobuk River that borders the Brooks Range is covered with glacial drift, or grit and sand left behind after the glaciers from the last ice age ground up the underlying rocks.

As the glaciers melted 14,000 years ago, the sediment was left in piles along the valley bottom.  Subsequent winds have piled the grit and white sands into three spectacular active sand dune fields that cover over 200,000 acres of landscape.

For the past 9,000 years, people have hunted the massive caribou herds as they migrate across the dunes and rivers on their way to and from the summer tundra grounds.  Archeological research in the Kobuk Valley has discovered fascinating details of ancient arctic life and cultures.

The park is accessed by bush plane from either the village of Kotzebue or village of Bettles, both of which have commercial flights from Anchorage.  The Northwest Heritage Center in Kotzebue acts as NPS headquarters for the park.

The park is well over 8.5 million acres, slightly larger than the country of Belgium, and includes parts of the Brooks Range and Noatak Wilderness Area. 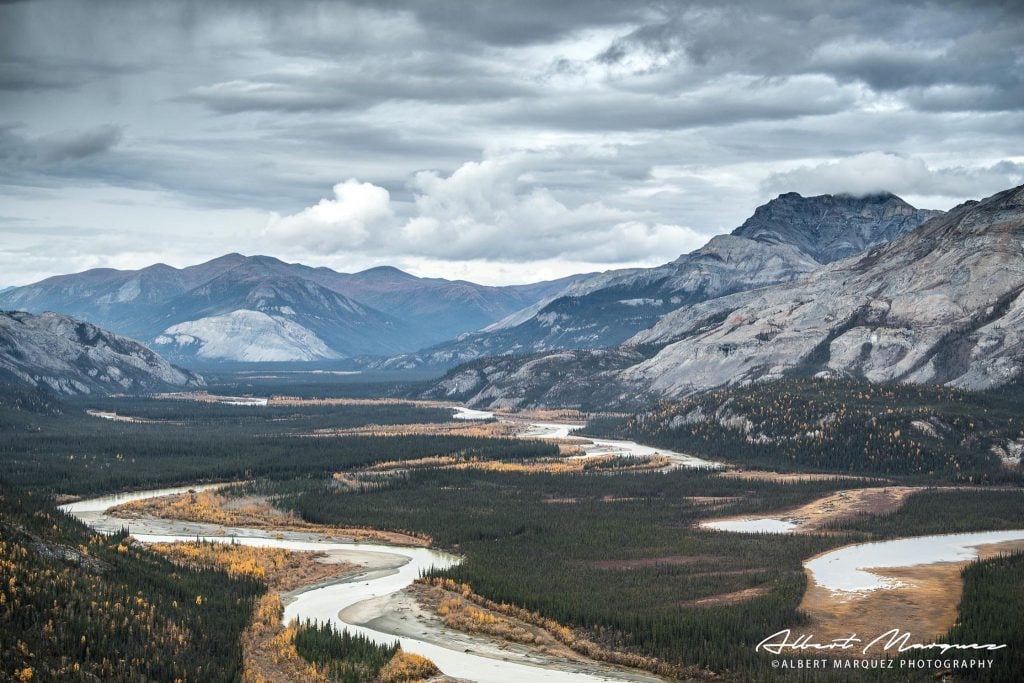 Caribou, muskoxen, bears, wolves, wolverines, and a huge variety of birds can be viewed in the Park.  In the 1930s, conservationist Robert Marshall wrote of the area “No sight or sound or smell or feeling even remotely hinted of men or their creations. It seemed as if time had dropped away a million years and we were back in a primordial world.”

Gates of the Arctic remains much as Marshall experienced it.  There are no roads or trails in the park, only natural untouched landscapes and ecosystems.   As with Kobuk Valley NP, access is by bush plane from either Kotzebue or Bettles.

Both Kobuk Valley and Gates of the Arctic are extremely remote and require special planning for logistics and weather issues.  Weather north of the Arctic Circle can be quite unpredictable year-round, and the wise traveler should allow plenty of extra time (at least 2-3 extra days) and invest in trip insurance.

There are no ranger stations or facilities in the parks, and emergency services are not easily available, so visitors should plan carefully and bring everything they will need with them.  Backcountry safety guidelines and minimum impact camping to care for the fragile ecosystems and wildlife are critical.

If you’re looking for a great way to reduce the burden of logistics and travel planning, consider using a local tour service, such as Planet Earth Adventures to help plan your dream trip.

Planet Earth Adventures has done many Alaska National Park tours, including one that hit six Parks (Glacier Bay, Katmai, Lake Clark, Kobuk Valley, Gates of the Arctic, and Wrangell St. Elias) in one fantastic adventure tour.  Trip leaders and photographers Albert Marquez and Scott Slone can also help you capture the perfect photographs during your adventures.